Hillary Clinton and the Democrats have no one to blame but themselves for Donald Trump winning. The mainstream media couldn’t have helped Clinton anymore than they did, and Trump couldn’t have tried any harder to lose.

Because Clinton would have easily lost to a moderate Republican, her campaign coordinated with the DNC to elevate Trump as a legitimate candidate, and declared war on anyone who opposed Clinton’s coronation.

Bernie Sanders, the most popular politician in the United States, would have easily defeated Trump. But the Democratic Party, with super delegates rallying behind Clinton and corrupt DNC staff working for Clinton behind the scenes, ensured Sanders came up short in the Democratic primaries.

Hillary Clinton’s performance-enhancing steroids were Debbie Wasserman Schultz, Donna Brazile, and an army of Clinton partisans more than willing to forgo their autonomy as journalists to propel Clinton’s candidacy. The only problem with this strategy was it could only work in the Democratic primaries—not the general election.

In a period of growing resentment toward gridlock in government, increasing corporate and wealthy influence coupled with corruption, the Democratic Party‘s endorsement the embodiment of the status quo was a sure fire way to lose a general election—even against an inept demagogue like Trump.

But the Democratic Party won’t learn from these mistakes. Rather, they will blame everyone but themselves. Green Party candidate Jill Stein will be a likely scapegoat, despite the fact that if all of the votes for Stein went to Hillary Clinton, Clinton still would have lost the election just as badly.

The most loyal Clinton supporters will predictably attack Sanders and his supporters for Clinton’s loss. They will do so without acknowledging that Clinton did nothing to extend an olive branch to Sanders supporters. Tim Kaine was the exact opposite of a progressive, and Clinton immediately hired Debbie Wasserman Schultz after she resigned in disgrace from her position as DNC chair after WikiLeaks revealed she helped Clinton cheat in the Democratic primaries. Wasserman Schultz’s replacement, Donna Brazile, was just as much a corrupt Clinton loyalist. As for policies, the only one Clinton even somewhat adopted from Sanders was the half-hearted promise to make public colleges tuition free.

Both Russia and WikiLeaks will be blamed for Clinton’s defeat—but they didn’t write the emails from the DNC and Clinton Campaign Chair John Podesta, which served to confirm and vindicate criticisms of Clinton, rather than develop new narratives.

The DNC knew Clinton was a weak candidate and relied on Machiavellian tactics and an elitist circle of mainstream media insiders to manufacture consent for her candidacy. Their strategy backfired, and there is no one else to blame for Clinton’s loss and Donald Trump’s win. 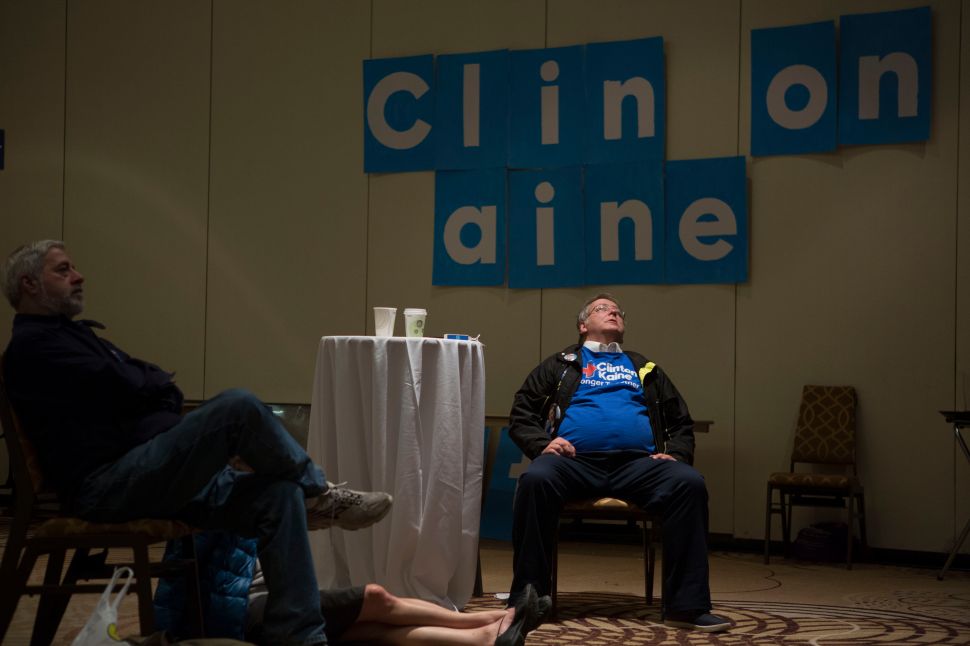