While the polls are tightening up in the presidential election, there is one space where Hillary Clinton dominates: Instagram.

“Instagram’s audience is known to skew younger and have more economic influence (higher purchase value when they shop) than on other social networks,” Thomas Rankin, Dash Hudson’s CEO, wrote the Observer about the results. “Hillary’s statistical advantage over Trump on Instagram could indicate that she is winning over that influential demographic.”

Dash Hudson cautions that many of these hashtags have been used by spammers just looking for attention; however, on balance, the posts primarily relate to user-generated content about the campaigns. The team also noted that there is more negative content about Clinton than Trump.

Clinton’s secret weapon? Major influencers. The company included these posts from both media and celebrity accounts with followings in the millions that clearly endorsed the former Secretary of State:

Vogue has no history of political endorsements. Editors in chief have made their opinions known from time to time, but the magazine has never spoken in an election with a single voice. Given the profound stakes of this one, and the history that stands to be made, we feel that should change. Vogue endorses Hillary Clinton for president of the United States. Read the full statement in the link in our bio. Photographed by #AnnieLeibovitz, Dec. 2003.

Happy birthday @hillaryclinton!! I'm so proud to be able to say I've been part of this campaign for so long and have had such a pleasure to get to know you personally. Such a kind and supportive woman 🙂 ❤️ 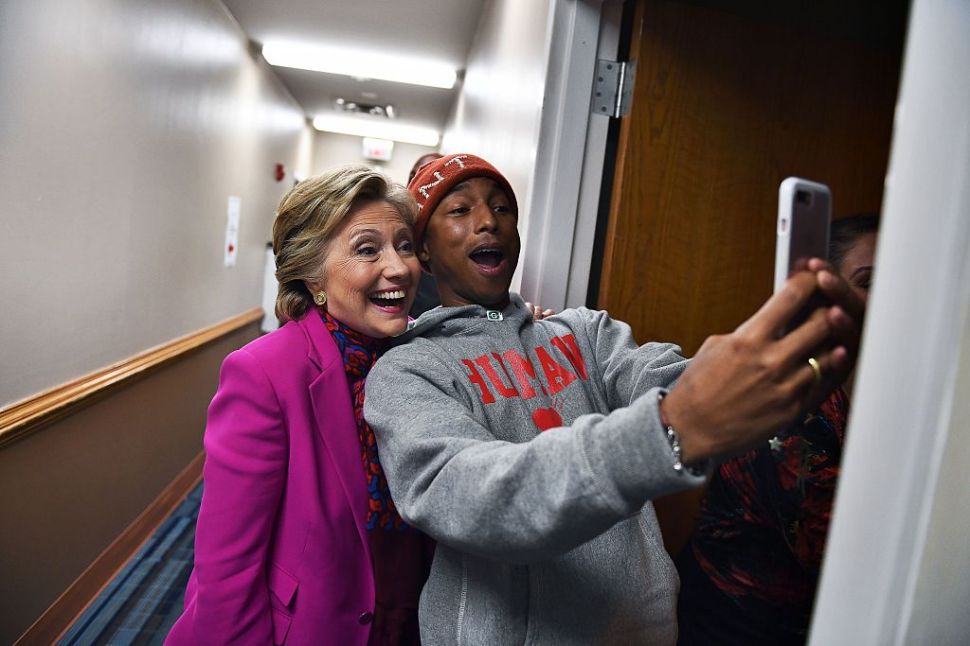