IAN SWEET’s debut LP Shapeshifter is an unforgettable triumph of off-kilter indie-pop perfection, but lead singer Jilian Medford doesn’t quite remember writing some of the songs.

“I would get these blackout panic attacks while I was making the record,” explains Medford. “I wasn’t seeing a therapist when I went through it. I was just dealing with these things.”

The Los Angeles band, then called IAN (a nickname the singer acquired from hanging out with skater boys in high school), was about to be signed to Hardly Art Records, but she couldn’t even appreciate the success because of her struggles with crippling anxiety and depression.

On IAN SWEET’s first EP, Medford sang about an unsupportive ex who refused to come to any of her shows because she would sing songs about him—something manipulative that drove her to write about the relationship.

After the relationship ended, the real pain began, a subject she revisits on Shapeshifter.

“I’ve never been specific about it, but he moved away to Nashville and had another partner while we were still dating,” says the 23-year-old singer. “When I went to Nashville to visit them after doing long distance for six months, people were shocked that I was this person’s girlfriend. It was mortifying.”

The experience triggered a self-destruct button inside Medford; her anxiety and depression was soon back in full force. While it was admittedly traumatic, she says, she tried to pull it together because her world erupted two months before signing to Hardly Art. “It was like seeing someone else’s alternate identity,” says Medford of the time period. “It was like living with a ghost—like somebody died.”

Soon Medford was in the midst of a mental breakdown.

“I just hated myself and felt really insecure,” admits Medford. “Not just insecure, but I literally couldn’t look at myself in the mirror, listen to my own music or talk to anyone about my own music. I was making a record, but I didn’t even want my bandmates to hear the songs.”

Medford was so immersed in self-doubt that nothing felt right. After the record was completed she was diagnosed with anxiety and depression and started taking Lexapro. Medford had suffered from panic attacks her entire life, but until then hadn’t known what they were.

“I always think I’m dying, all the time,” Medford says of her anxiety, a subject she addresses directly throughout Shapeshifter. She re-recorded a lyric in “Slime Time Live” to reflect on the five-week time frame waiting for Lexapro to kick in (“Another five weeks ‘til it kicks in/Then I won’t feel like dyin”). “During that five-week period, I was just watching Nickelodeon cartoons and being nostalgic,” Medford confesses.

Medford had a rough upbringing with her father, something that sparked her panic disorder. It didn’t come until later on in high school, but when she went to therapy it became clear what was happening. Medford would get these blackout panic attacks where she wouldn’t remember chunks of time.

“I wouldn’t remember conversations I had with people or what I did that day,” Medford explains. “It went away for a long time because I was on Xanax in high school, but I wasn’t really alive.” Then it started happening again when IAN SWEET was making their new record, something Medford describes as “weird and spiritual.”

Medford declares the record was finally completed by someone she hardly new; she credits the record as the work of a zombie.

While most singer-songwriters are present for the entire writing process, there are only a few songs that Medford remembers, including standouts “#23” and “Pink Marker.”

“Shit just appeared, that’s why it’s really cool,” says Medford of Shapeshifter. “The entire record came from a subconscious place. I know that people relate to this record because they go through similar things.”

While Medford wasn’t totally present while making the record—she credits her subconscious for much of the work—she doesn’t blame her relationship for the depression she experienced. “The relationship is not why I got depressed,” explains Medford. “That’s just something that sparked something that I’ve had inside of me my entire life.”

Just like the songs themselves, the inspiration for the record came from both a conscious and subconscious place.

On a conscious level, a lot of Medford’s friends who are in bands helped craft the record including Boston’s Kal Marks. Much of what came through was her deep love for indie rock touchstones like Built To Spill, Sonic Youth, The Pixies and Land of Talk. Subconsciously Medford realized what she really had in the back of her mind was Björk.

“I had been listening to Björk for such a long time, but I’ve gotten from a few different people that ‘Shapeshifter’ reminds them of Björk especially when we play it live,” Medford explains. “It’s mesmerizing to me because I could cry anytime Björk comes on. She’s singing from so much pain and experience. I long to be like that.” 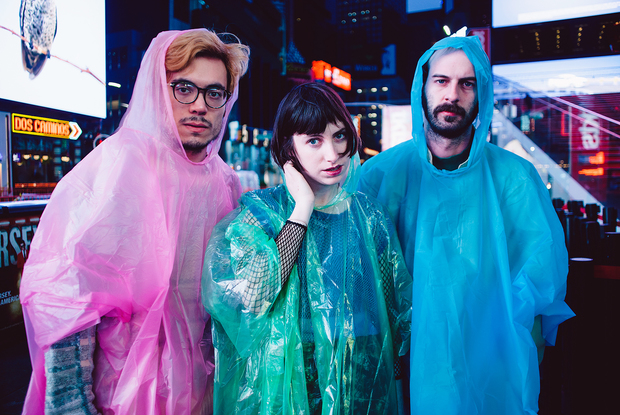