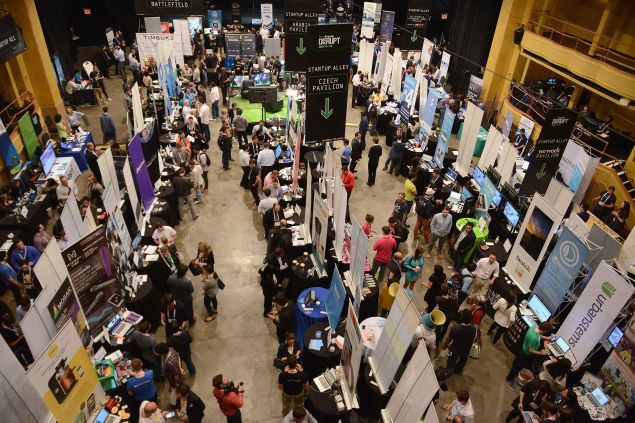 If you ask anyone about TechCrunch Disrupt NY 2016, they might remember the speakers, but they will definitely remember the hassle it was to get there. This past May, the three-day conference was held at the Brooklyn Cruise Terminal in the industrial area of Red Hook, Brooklyn, which is located more than 30 minutes walking from the nearest subway station. Many attendees fought over surge-priced Ubers and Lyfts (which were a bit hard to come by at the conference’s close, since we were in such a remote area), but some, including myself, trekked to the train—a walk that, via the conference’s slightly misleading address at 72 Bowne Street, included crossing an interstate highway and walking through a shipping yard where I had to step over hoses and other boating equipment. I eventually found a route that allowed me to avoid the shipping obstacles, but it tacked on some extra time.

Yesterday, The Next Web held its tech conference Momentum at the same location. Getting there, however, wasn’t too bad at all. DropCar, a new startup that provides both scheduled and on-demand valet, car storage and servicing, shuttled attendees from the Borough Hall subway stop in Brooklyn Heights directly to the Brooklyn Cruise Terminal’s front door. This cut my commute to the conference in half.

The shuttle service is a new product for DropCar, and this was one of their first attempts at it. The inspiration for the expansion actually came from the TechCrunch Disrupt NY conference, where DropCar provided valet services for those who drove to the terminal. After realizing how difficult and inconvenient the location choice made things for attendees without cars, the company thought they could fill that gap. 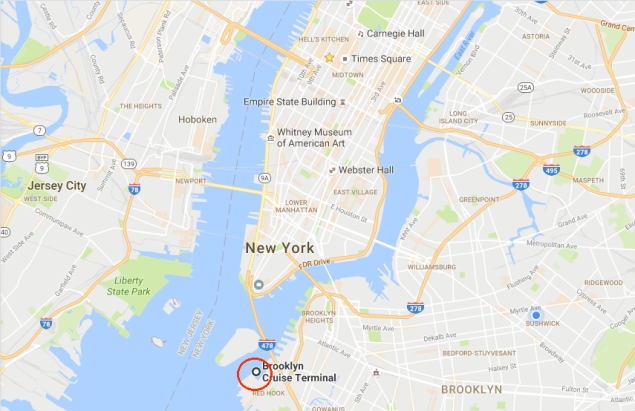 This outskirts locations is, inconveniently, the new hotspot for tech conferences. Google Maps

“This has to deal with underserved areas, and that goes back to our DNA as a company,” DropCar co-founder and CEO Spencer Richardson told the Observer. “We have an internal shuttling system we use to get around the city because a lot of the locations for our garages are in areas underserved by public transportation. We built the shuttling system to solve it internally first, and then when we looked at areas like Red Hook, it was a similar place to where we’d have a garage, so we thought to apply the same thing to the event.”

DropCar launched in July 2015 with a team of five people. Now, the company—which has raised millions in venture capital— is experiencing 100 percent quarter over quarter growth and employs just shy of 150 people. Over 80 percent of business has been from organic referrals rather than marketing and advertising.

“We love the tech community, and we want to be involved in these events,” Richardson said. “We don’t do paid sponsorships because we grow via partnerships and integrations. We do this as opposed to giving them money to put our logo on the conference website. It‘s a more meaningful way, and they don’t leave thinking ‘they had a really cool booth.’ They leave thinking ‘they saved my ass because I didn’t have to walk in the cold.'”

DropCar helps eliminate the hassle of cars in NYC. DropCar

Richardson said it’s starting with events and promotions, but that it’s something that is potentially an extension of the business as a whole as well.

“We’re definitely going to do more,” he said. “When I talked to the organizers and other people there and got great feedback, it showed me we’re onto something that people appreciated. That’s the sentiment I loved the most—the ‘I was excited about the event but not getting there.’”

Richardson realized the true demand for the product last night when he bumped into an attendee from the Momentum conference at a separate event.

“Someone came up with a TNW badge on and thanked me for the shuttle saying, ‘Spencer, it was great!’ It was cool to have a guy at a completely separate event saying a big part of the reason he was even able to make it to the second event was because the ease of the shuttle saved him so much time, because the events overlapped,” he said. 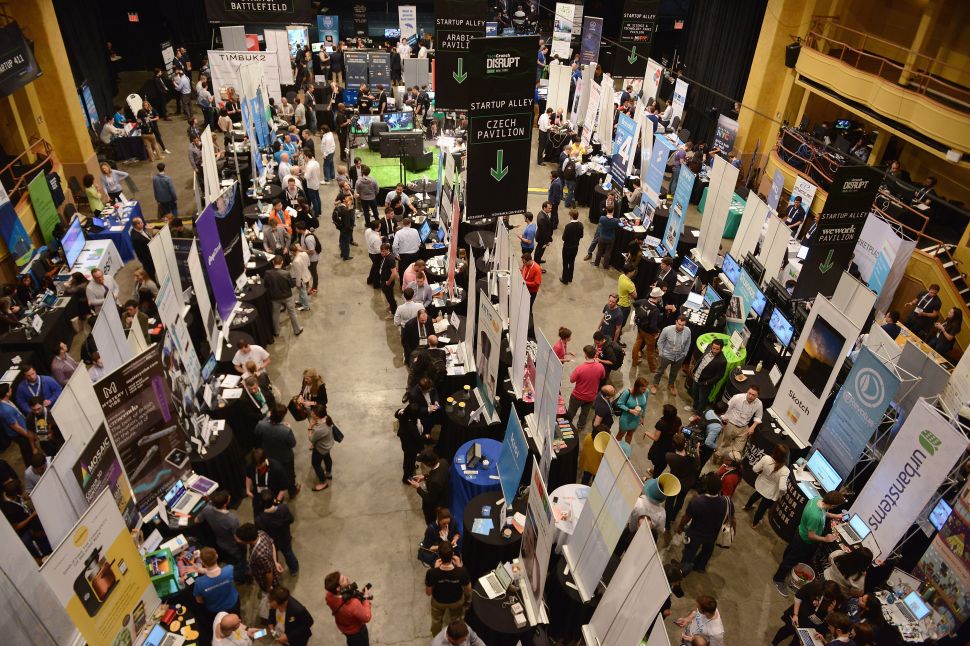