President-elect Donald Trump has made many dubious and naïve campaign promises, designed to appeal to those unaware of facts and the nuances of complex policy issues, from “build the wall” to “repeal Obamacare.” To these we can add “bring the [coal] miners back,” the core of Trump’s climate and energy policy, whose  wrongheadedness will not only enrage his opponents but will also ultimately disappoint and threaten his staunchest supporters.

Let’s start with what Trump claims to care about: supporting fossil fuels, energy jobs and energy independence. Claiming that President Obama has crippled the energy industry with “job-killing” regulations and a “war on coal,” the Trump energy roadmap foresees killing the Clean Power Plan, the EPA’s signature regulation and eminently reasonable policy to rein in carbon emissions from the electricity sector. The president-elect seeks to create a bonanza of wealth, job growth and cheap energy by “sav[ing] the coal industry,” unchaining the fossil fuel industry on public lands, building pipelines and slashing regulations.

The problem with the Trump chain of logic is that—largely during the Obama administration—domestic fossil fuel production already mushroomed to historic levels (oil rose almost 100 percent and gas grew almost 50 percent from 2008 to 2015), and energy prices are at rock bottom. In fact, through market forces, the former begat the latter, to the point that America’s oil and gas production is cannibalizing itself and rendering the coal industry obsolete.

These market dynamics are important to understand because they demonstrate that  Trump’s policies on environmental regulations are a solution in search of a problem. His permissive coal policy may slow the industry’s decline by postponing the reckoning of the industry’s most polluting plants, but it will do nothing to improve the structural economics of coal. (Even Senate Majority Leader Mitch McConnell of Kentucky now admits coal jobs likely aren’t coming back.) In fact, by promoting natural gas and fracking—currently the primary competitor of coal for base load electricity—Trump will virtually ensure coal’s obsolescence in the future. (The consistently plummeting cost of renewable energy, particularly solar, will be another nail in coal’s coffin, regardless of Trump policy.) Meanwhile, also due to market factors rather than regulations, the oil and gas industry has lost 100,000 jobs since fall 2014. Try as he might, short of massive new government subsidies there is little the president can do to raise the attractiveness of oil, gas and coal other than starting a war in the Middle East. Sorry, Trump supporters: A green light to drilling and mining will not bring new jobs. Meanwhile, the U.S. solar industry alone now employs nearly as many as the coal, oil and gas industries combined and is growing at 22 percent per year.

One might think that Trump could help his constituents nationwide without gutting President Obama’s Climate Action Plan, which has such allegedly nefarious goals as promoting domestic renewable energy, reducing pollution from oil and gas wells and landfills and improving air quality.

Which brings us to Trump’s plan for energy independence. This perennial red herring figures in campaign stump speeches but seldom amounts to much. In fact, the U.S. already exports nearly as much energy as it imports, as oil and gas imports net of exports have fallen two-thirds and three-quarters respectively since 2008, making us virtually “independent” based on our trade balance. (It’s also hard to see how importing more oil from Canada, which Trump’s plan to resuscitate the Keystone XL pipeline would accelerate from the current 40 percent share, makes us more independent.) But the real issue is that independence is illusory so long as we buy fuels that are global commodities. Even if we buy entirely American oil, gas and coal, so long as international prices rise, the fossil fuel companies win, and the consumers lose. Every recent oil price spike has shown this. The only market-based way to truly unshackle ourselves from the economic distress wrought by international oil price volatility is obvious: Stop consuming oil. Sadly for Trump supporters’ pinched pocketbooks, nothing else will stabilize household energy bills.

Now let’s move to what Trump apparently cares not a whit for: climate change (“A Chinese Hoax”) and the environment. One might think that Trump could help his constituents nationwide without gutting President Obama’s Climate Action Plan, which has such allegedly nefarious goals as promoting domestic renewable energy, reducing pollution from oil and gas wells and landfills, improving air quality and enhancing resilience to storms, sea level rise, droughts and forest fires, which wreak havoc on red and blue states alike. As explained above, these policies have barely hindered fossil fuel production, nor have they jacked up electricity prices, which have risen a modest 10 percent since 2008, exactly the rate of inflation. And one might think that remaining a party to the Paris Agreement and the U.N. Framework Convention on Climate Change—both of which even ExxonMobil endorses to address climate risks—would be something Trump wouldn’t need to torpedo in pursuit of a pro-fossil fuel platform, as he currently plans. Whom could such a radical agenda possibly be helping?

Rather, the wholesale dismantling of the Democrats’ science-based and economically sound climate policy is about something else. Like much of the Trump campaign’s rhetoric, its attack on climate action—already underway, with the naming of notorious climate denier Myron Ebell to lead the Trump transition team at the EPA—is purely about posturing support for industry and jobs and humoring conspiracy theorists and Republican partisans who on principle distrust and repudiate anything the liberal elite—all climate scientists included—tell them.

The tragedy is this thumb in the eye to liberals and their values will have a collective and potentially catastrophic domino effect on progress towards limiting global warming to “well below 2 degrees Celsius,” the threshold set by the international community. Already a tenuous possibility due to decades of dithering and denial, 2degrees Celsius requires political leadership on the domestic and international stage. While the market dominance of natural gas and renewables may drive American carbon emissions down further (though one study projects a Trump presidency will drive them up significantly), the U.S. must rapidly accelerate its transition from fossil fuels to emissions-free energy to both meet aggressive targets and demonstrate its seriousness to the international community. As the second-largest global emitter and reference point for political action worldwide, the U.S. must support, not undermine, global action. It took a full seven years of the Obama administration’s unstinting and assiduous international climate diplomacy to undo the Bush administration’s intransigence and hostility. President Trump has a moral obligation to embrace and not trash the Paris agreement, now in force as of November 4.

Assuming he does not, single-party government at the federal level seems to ensure an absence of levers for climate change action advocates to pull in the short term. What remains is exposure. Exposure of the repercussions of intransigence and indeed sabotage on the climate itself, and how that hurts voters in every community in the country. Exposure of how fossil fuels—particularly coal and oil—are dead-end technologies that will be useless in a few short decades, regardless of what we do to prop them up today. And exposure of the fraud of climate deniers and industrial profiteering and cronyism that have produced such rancid policies. While American voters have shown a remarkable ability to ignore these issues in the past or to be duped by the lackeys of industry, we have to hope that this time will be different. The competitiveness of solar, wind and battery energy and the wrath of a perturbed climate system will be impossible to ignore, even by the most die-hard of climate skeptics and hard-bitten coal lobbyists. That time is coming soon. 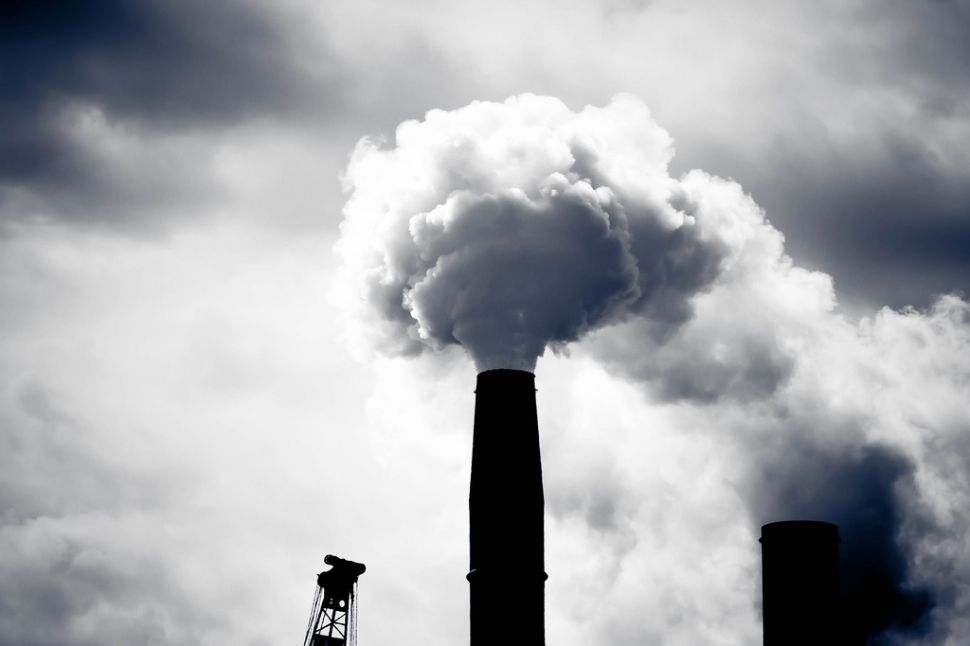