In the 2001 hit movie A Beautiful Mind, we got a peek into the brain of Nobel Prize-winning mathematician John Nash. Brilliant (but also schizophrenic), Nash pioneered a negotiating concept known as the Nash Equilibrium. His insights, in particular about when it pays (or doesn’t) to change course, would go on to be applied to everything from nuclear arms negotiations to traffic planning and penalty kicks in football.

I’m not a mathematician. I’m certainly no John Nash. And this is no Nash Equilibrium. But I’d like to humbly present my small contribution to negotiation strategy: I call it the Steak Dinner Clause. It probably won’t change the course of global affairs, but it might just improve your next business deal.

Some context. A few years ago, my company was negotiating with a vendor and we had reached an impasse. For background, Hootsuite is a social media management tool. We also offer online education and certification in social media. To reach the right clients, we work with vendors to sell our education product. In this instance, we had spent weeks negotiating with this particular vendor on price, revenue sharing and other terms. And we were almost home free — until an overlooked detail brought us to a standstill.

No one had thought of credit card fees. When you buy something with a credit card, the seller generally has to eat the fee (around 2 percent of the purchase price). In this case, we couldn’t agree on who would have to swallow this fee — us or the vendor. For some reason, neither side was willing to budge on this small detail. We wouldn’t pay; they wouldn’t pay; and no one was willing to split the difference. In the end, the sum in question was no more than a few thousand dollars. But it threatened to derail everything.

Finally, we conceded: Fine, we’ll pay the credit card fees, but on one condition, the Steak Dinner Clause. (Note: This was a stroke of genius from my colleague and good friend Michael Blondé).

Upon every $100,000 in revenue generated, and at the discretion of Hootsuite, Vendor will take two Hootsuite representatives out for a steak dinner, at a price not more than $450 including tax and gratuity.

In other words, we agreed to cover the fees, but they’d have to take us out to a steak dinner — their treat. In one sense, we got the short end of the stick — the fees far exceeded the value of the dinner. In another sense, however, this represented a huge win-win.

Why? The dinners would turn out to be a powerful way to build a business relationship with this vendor. Every few months, members of our team get together with members of their team — always at the same spot (a classic steakhouse called Hy’s in downtown Vancouver). Over the years, a lasting partnership has been built and expanded over porterhouses and New York strips. In fact, we’ve gone so often that our server knows our order by heart. (Thanks, Tim.) We now do more business with the vendor than ever, a relationship that both sides have benefitted from.

This might not seem so revolutionary. But consider the alternatives: Either the negotiation would have foundered completely or someone would have been left with onerous terms — hardly a healthy way to start a business relationship. Instead, we found a way around that impasse that was actually additive. Rather than a compromise that no one was happy with, we found a way forward that benefitted everyone.

Obviously, the Steak Dinner Clause doesn’t have to be about steak. (In fact, considering the environmental footprint of beef, we’re considering vegetarian alternatives.) It doesn’t even have to be about going to dinner. You might have a ski-weekend clause or an NHL-night clause or a spa clause. At its heart, this strategy is about turning an impasse and potentially adversarial situation into an opportunity to build a relationship. It requires a small concession on one side (with an eye toward bigger opportunities and up-sells down the road). In exchange, the other side agrees to host some kind of collaborative, social experience — something that gets both parties together, ideally on a recurring basis.

Yes, one party has to swallow a small loss. Yes, this approach is marginally more costly than a compromise solution. But the long-term payoff can be huge. The social gatherings become a platform to discuss what’s working (or not) and deepen the business relationship. In a world where actual face time with partners is increasingly rare — and long-term, trusted allies are harder than ever to come by — the return on a steak dinner (or equivalent) can be profound.

I know the Steak Dinner Clause idea is a little unconventional, but give it a try the next time you’re stuck in a negotiation. When our lawyer, Paula, first saw it in our contract, she laughed and thought it was a joke. Then she thought for a while and said it was one of the best pieces of legal work she’d seen. In the end, anything that can transform an roadblock into an opportunity is probably worth a second look. 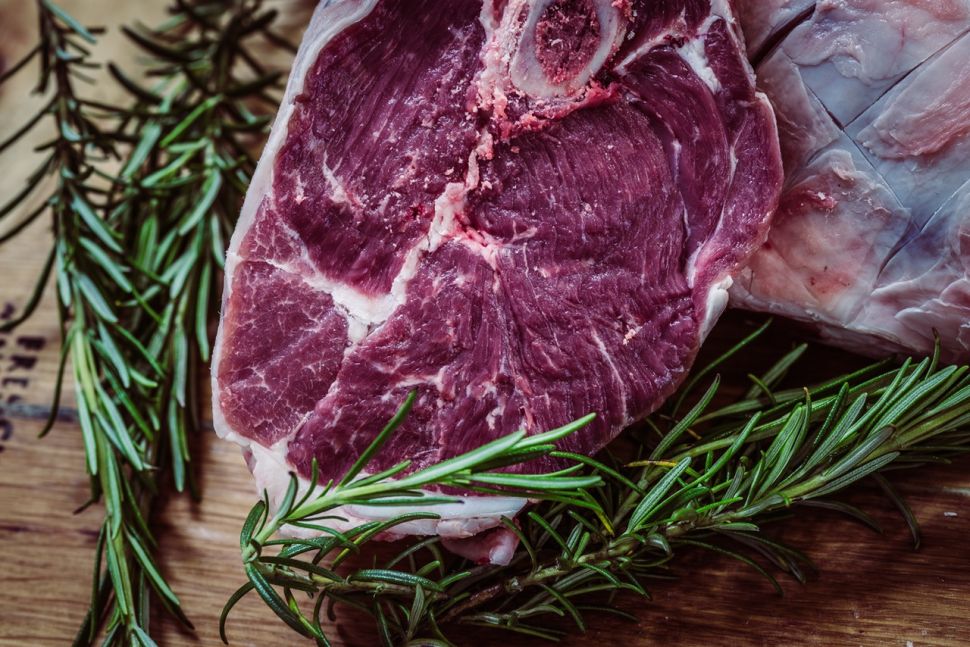