In the back seat of an Uber en route to the Kansas City International Airport on November 6, I regaled my companion with the story of how Newsweek surveyed 50 leading pundits for their predictions about the 1948 presidential election.

I had gone to Kansas City a few days earlier to brief employees at three prominent companies on what was going to happen on Election Day. I was teamed up with a Republican analyst from Washington, and we had largely been in agreement as to the outcome: Hillary Clinton was going to win.

Of course she was going to win. Everybody knew it. It hardly seemed a controversial pronouncement. My colleague, presciently as it turns out, did point to a possible path to victory for Donald Trump, but the scenario certainly seemed like a remote possibility at the time.

I was feeling effusive about my trip, and the spirit of Harry Truman—the local boy who made good—inspired my retelling of the Newsweek story. As told in David McCullough’s magnificent Truman bio, the magazine had come out one day while Truman was barnstorming the country in his underdog bid to retain the White House. All 50 of the pundits surveyed agreed: Truman’s Republican opponent, Gov. Tom Dewey of New York, was going to win the election.

Truman’s aides, trying to keep their boss’s spirits up, contrived to hide the magazine from him. But Truman couldn’t be fooled and demanded that his aide, Clark Clifford, hand him the magazine. The president looked at the story and told Clifford not to worry: “I know every one of those fellows, and not one of them has enough sense to pound sand in a rat hole.”

I finished my long-winded story by noting how, even as Truman’s margins mounted late into the night, legendary CBS broadcaster H.V. Kaltenborn continued to state that Truman’s lead could not hold. By morning, with Kaltenborn stating that the election appeared headed to the House of Representatives, Truman told his aide to get the car ready. “We’ve got ’em beat. We’re going to Kansas City.”

A day after the astonishing 2016 election elevated Donald Trump to the presidency, I ruefully remembered this bit of unintentional foreshadowing. A few hours after telling this story (and then immediately forgetting about it), I wrote what was, by far, my most widely read Observer article ever: “Clinton Will Win, But Her Victory Will Be Short-Lived.” It appeared on Election eve and began getting hundreds, even thousands, of page views per minute for two solid days. I am far less exuberant today about all the attention than I was a few days ago, I can assure you.

While I waited for the returns to start coming in on Election night, I typed up my next masterpiece, in which I predicted that Clinton would lose her reelection bid in 2020 if the Republicans could unite behind an electable candidate. Obviously, that column, much like the Hillary Clinton presidency, never saw the light of day—but I suppose I can take consolation in knowing that I was only four years off. Perhaps long-term prognostication is more my forte.

Naturally, I’ve done my share of soul-searching since Election night, and I’ve had company. Just like in 1948, virtually everybody who does this kind of work, either for a living or for sport, got it flat wrong. And we all got it wrong for essentially the same reason: in both cases, 1948 and 2016, the pundits and the pollsters missed the magnitude of support for the underdog candidate emanating from voters in the interior of the country.

It’s absolutely ludicrous for Americans to call their country a democracy when the presidential candidate with the most votes loses.

And while I can speak only for myself on this point, I can say that I got caught in the echo chamber. When I saw pundits whom I had read and respected for decades coming in with numbers that were almost exactly the same as mine, I figured I had to be right, because I had never known them to be wrong.

When I made my predictions two nights before the election, I relied on the method that had made me successful in my predictions for a decade. I averaged up the polls in each swing state, and in cases where the polling numbers were too close to be conclusive, I looked at relevant demographic and historical data and made a judgment call. In 2012, using the same method, I had nailed 49 states and barely missed a sweep when President Obama squeaked out a win in Florida.

This time, the numbers I relied upon were wrong, and so was I. How others in the business erred, I cannot say. For my own part, I will say that I dismissed late polling showing Trump ahead in Florida and North Carolina on the grounds that they were conducted by explicitly partisan pollsters, or that they were so far out of kilter with the preponderance of the polling that I thought them to be outliers. But even if I had switched my picks in those states, I still would not have seen Trump’s surge in Pennsylvania, Michigan, and Wisconsin.

Pennsylvania, especially, was a fascinating case. Democrats actually hit their targets in Philadelphia and Pittsburgh, and in most cases, their margins in those two cities would be enough to win the state handily. But the Republican vote in the countryside, and especially in the highly populated counties outside Pittsburgh, swamped the Democrats’ big city turnouts. If anyone would have told me that Clinton would come out of Philadelphia and Pittsburgh with a margin approaching 600,000 votes, I would have said she had a solid lock on the state. In fact, I said as much, in a column I wrote a few months ago. It used to be true.

The bottom line is that the margins for Trump among white voters outside the cities were unlike anything anybody has ever seen before. Analysts and pollsters, who often rely on historical trends and data, simply couldn’t model for this great white wave. Trump racked up margins among white exurban voters that far exceeded expectations.

Another fascinating thing that came out of this election was an unprecedented occurrence: in all 34 states holding Senate races, the same party won both the presidential race and the Senate race. Not a single Republican Senate candidate prevailed in a Clinton state, nor did a single Democratic Senate candidate prevail in a Trump state. The trend toward straight ticket voting for president and senator over the last two presidential election cycles culminated on November 8 in a perfect correlation. At this point, it appears that split ticket voters largely have gone by the wayside. The voters who voted for Trump also voted to give him a Republican Congress.

And, for only the fifth time in U.S. history, but the second time in the last 16 years, the candidate who won the largest number of votes lost the presidency, creating renewed calls to dismiss the archaic, undemocratic electoral college system in favor of a national popular vote.

While I agree that the system should be scrapped—it’s absolutely ludicrous for Americans to call their country a democracy when the presidential candidate with the most votes loses—it isn’t going to happen. Such a solution would require a constitutional amendment, and there is no way that two-thirds of Congress and three-fourths of the states are going to enact a national popular vote to elect the president. Too many states benefit from the system to change it, and you can be assured that far more than the 13 states required to block an amendment would do so in this case. An attempted work-around, the National Popular Vote Interstate Compact, is also a fantasy as long as supporters of the electoral college control enough state governments to block it.

Love it or hate it, the electoral college, once again, did exactly the job it was designed to do: it put a thumb on the scale for small states and rural voters at the expense of large states and urban voters. This was precisely what the founders intended. The thwarting of the will of the people—specifically city dwellers—is a feature, not a bug. The drafters of the constitution who gave us this ridiculous system were in many cases motivated by a mistrust of large cities and a prejudice in favor of the rural, landed gentry.

In short, the urban-rural divide that gave Trump the presidency is nothing new. It was a central issue at the dawn of the republic, and it remains the single most important chasm in a spectacularly divided nation yet today.

In fact, the gap between city and country is one of the few rules of thumb that remain intact in a political environment where, as we learned on November 8, the old rules no longer apply. It’s a brave new world for pundits, pollsters, and prognosticators, and people like me either need to get up to speed fast or get out. One fumble can be forgiven. Multiple fumbles get you benched.

As Harry Truman was fond of saying, “That’s all there is to it.” 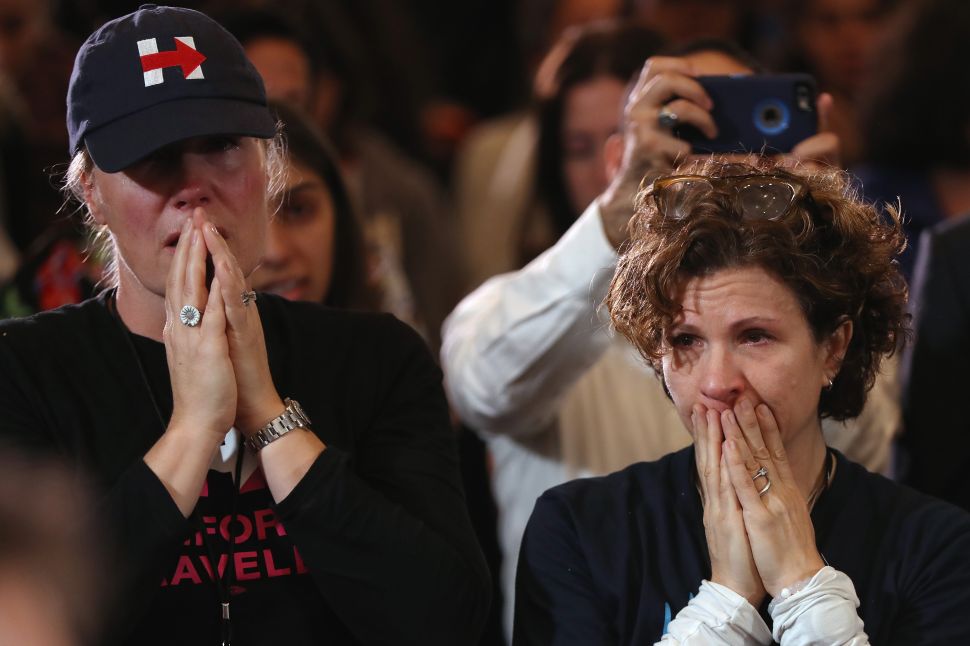