Retiring Congressman Charles Rangel is confident Hillary Clinton will win the presidential election despite recently revealed federal probes, but if Donald Trump triumphs after all, the octagenarian lawmaker says he’s “out of here”—and he’s taking his friends with him.

After a power breakfast dedicated to him at the Alhambra Ballroom of New York in Harlem this morning, Rangel told the Observer he hadn’t pondered a scenario where Trump gets elected president, calling it “a nightmare that I couldn’t even think about.” But when the Observer pressed him further, he said his solution is simple: he’s packing his bags and skipping the country.

“There is no ‘if,’” the 86-year-old, set to exit Congress after 46 years, told the Observer while riding the elevator with former Mayor David Dinkins and others. “If there is, I will be applying for visas for all my friends in this elevator and we’re out of here. End of story.”

With the presidential election in just five days, both candidates have found themselves again entangled in scandal. Last Friday, Federal Bureau of Investigation Director James Comey’s announced his agents had uncovered a cache of emails “pertinent” to the probe of Clinton’s private email server on a laptop co-owned by disgraced former Congressman Anthony Weiner and his estranged wife Huma Abedin, a top aide to the Democratic nominee.

And yesterday, word surfaced of an ongoing FBI investigation into the Clinton Foundation, with two sources within the bureau reportedly telling Fox News that the probe has now become “a very high priority.”

The FBI and the Department of Justice announced in July that they would not bring any charges against Clinton over her use of the server. The Clinton campaign and her surrogates have noted the timing of the revelations, and Comey has has faced criticism and accusations of attempting to influence the presidential race.

And following the fallout over an 11-year-old video of Trump bragging about using his fame to sexually assault women, and numerous women claiming he had done just that, a newspaper affiliated with the Ku Klux Klan recently announced its support for the Republican candidate. The campaign also found itself having to deal with the Hopewell Baptist Church in Greenville, Miss. being set ablaze with the words “Vote Trump” spray-painted below the windows.

This comes amid warring reports that Trump may have had a secret channel open with a Russian government-linked bank.

Rangel brushed off the FBI investigations of Clinton as irrelevant.

“Listen, I don’t think about those things,” Rangel said. “I think about winning, saving the republic, saving our country and anything you’re talking about for the Observer or anything else, it’s not consequential to the survival of our republic.” 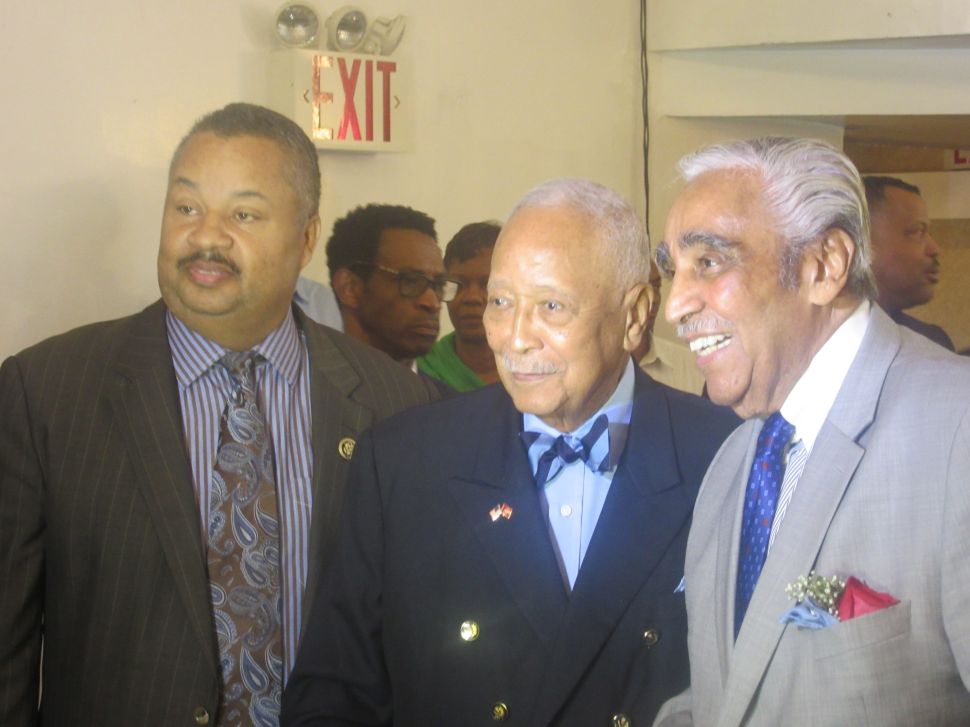