‘Imagined Dialogue For’ is our series by the hilarious and talented Chris Scott, of Reviews of Movies I Haven’t Seen fame. Next up? Chris takes a stab at guessing what happens in the upcoming reboot of everyone’s(?) favorite 90s show, Power Rangers. 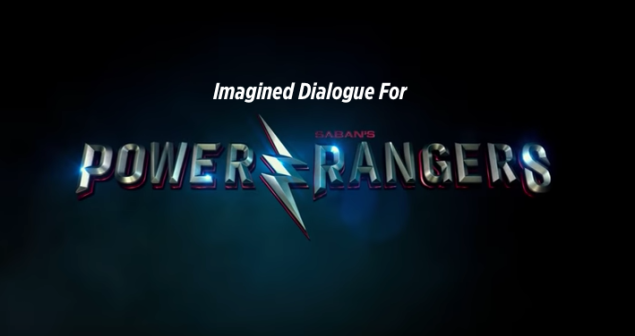 PINK RANGER: We have to get to Mount Zoon before Repulsa activates the dark crystals!

BLACK RANGER: We can make it but we have to work together!

BLUE RANGER: Ok hold up guys, what are we doing?

RED RANGER: We have to stop Rita Repulsa before she destroys the world!

BLUE RANGER: No, no, I get that. I just mean, taking a step back more broadly: A Power Rangers movie? Now? Like, why? Who wants this? Who asked for this?

YELLOW RANGER: A lot of people want this, man. Everyone loves the Power Rangers.

BLUE RANGER: Do they though? Are we 100 percent?

BLACK RANGER: I think so, yeah. It’s like, We’re the Power Rangers! Yes!

BLUE RANGER: I mean sure, that was definitely true in the early ‘90s when this thing was super popular. But it’s 2016. Say you were 12 years old in 1993 when Mighty Morphin Power Rangers first aired. Even if you loved the show then, now you’re 35. Are you honestly dying to drop $20 on a whole new Power Rangers IMAX 3D experience? Especially one that’s only tangentially related to the original series? Given that there was already a Power Rangers movie in 1995?

PINK RANGER: No there wasn’t. Was there?

PINK RANGER: Repulsa’s power is too strong for us! We’re not going to make it!

BLUE RANGER: Hey, I have a fun thought exercise for you guys. So this movie has a budget of $150 million. Let’s say it breaks even at the box office, with maybe a $100 million profit on top of that. So collectively, that’s $400 million. Ballpark estimate, about how many textbooks for low-income schools do you think that could that buy? Or how many different food banks could you build? At least one hospital, right?

BLACK RANGER: The thing you need to keep in mind is this is a gritty, realistic take on the Power Rangers source material.

BLUE RANGER: See, I don’t know what the hell that means. “A gritty, realistic take on the Power Rangers source material.” That might be the most catastrophically absurd and bizarre string of words I’ve ever heard in my life.

YELLOW RANGER: That’s what millennials are looking for these days.

BLUE RANGER: Millennials are looking for a so-called realistic movie about teens who pilot gigantic assault machines that all morph together to form an even bigger machine to fight other big machines? All based on a TV show most of that generation is too young to even remember? Because I would contend that nobody’s looking for that. Literally not a soul.

BLUE RANGER: Yeah, I know what we are dude.

BLACK RANGER: Look, do you want to defeat Rita Repulsa or not.

BLUE RANGER: I want to not be in a movie in which the characters can repeatedly say “Rita Repulsa” with a straight face.

BLUE RANGER: Everything hurts all the time.

PINK RANGER: We did it. We defeated Repulsa once and for all.

BLUE RANGER: I can’t remember the last time I didn’t feel a profound and crushing sadness in my heart.

YELLOW RANGER: It just goes to show you, when we work together as a team, anything is possible.

BLUE RANGER: The universe is an endless spectrum governed by only one law and that law is chaos. It will end as it began and it began as it will end. One continuous, never-ending loop for all of time.

BLACK RANGER: I’m proud of us, guys. We didn’t give up, we didn’t back down. Even when things got tough.

BLUE RANGER: I suppose if I’m being honest with myself, a Power Rangers movie makes just as much sense as anything else going on in the world. What’s one more tiny squeak in an auditorium completely bursting from the floor to the rafters with unceasing, cacophonous noise. Why not a Power Rangers movie decades after the show went off the air? Sure. Who gives a shit. Who am I to say?

RED RANGER: I don’t know about you guys but I’m starving! Let’s go get burgers!

BLUE RANGER: At the end of the day, whatever even happens in this weird-ass, futile exercise we call a major motion picture, people will come see it. A whole lot of them, in fact. Either because they’re peripherally aware of the Power Rangers brand and that’s more than enough to convince them to buy a ticket, or they’ve been so sufficiently and completely numbed by this world, that their only true north from the moment they wake up to the moment they go to sleep is “Why not. I give up.” Some extremely rich and powerful people got together and said “Screw it, let’s make a Power Rangers movie” and now here we are. I could shatter a dinner plate over my head right now and it’d make just as much sense. 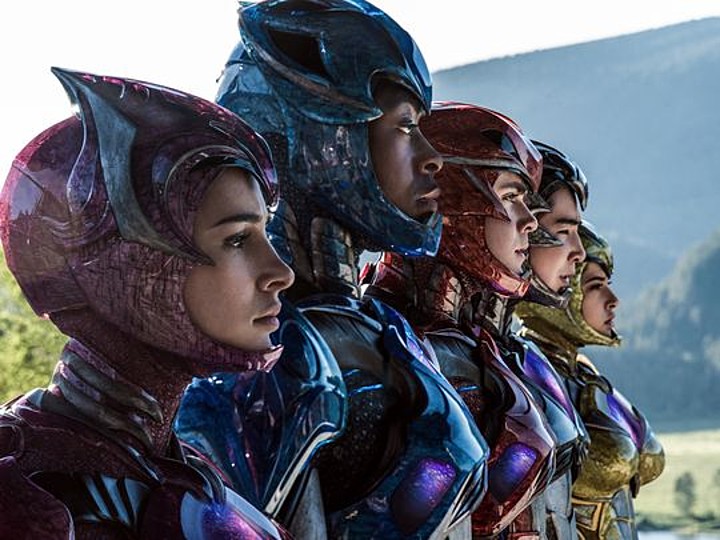