Dr. Tom Frieden, director of Centers for Disease Control and Prevention, wrote of opioids in March, “We know of no other medication routinely used for a nonfatal condition that kills patients so frequently.” It’s no exaggeration: Between 1999 and 2014, more than 165,000 people in the United States died from a prescription opioid overdose. Even the U.S. surgeon general has penned a warning letter to all physicians in the U.S. regarding the crisis.

Although the opiate epidemic is fueled by a number of different elements, the underlying factor for most people is addiction, yet the term “opiate addiction” is a bit of a misnomer. Addiction itself is a brain illness, not a result of opioid use, and until we shift our collective perception of the disease, we won’t make a dent in the opioid epidemic.

You might wonder, “If we know addiction is an illness, why is the epidemic so hard to get under control?” There’s no simple answer, but a significant part of the problem is the skewed perceptions many still have of addiction and those who suffer from it.

Although there are many, four of the most profound misunderstandings are:

1. The people. Many people automatically think of addicts as dirty, disheveled people sharing needles and stealing from family and friends to support their habits. But not everyone who suffers from addiction fits into the dramatic “Breaking Bad” or “Trainspotting” stereotypes. Countless celebrities and pop culture icons also have died from drug overdoses or have had their addictions made public in some other way.

2. The cause. People with addiction are often viewed as flawed, lacking willpower, or simply unable to change. We used to think the same about diabetes — that it was just a matter of eating habits — until we learned how big a role genetic predisposition plays. Now, we know that addiction is actually a disease of the brain involving inadequate dopamine levels. It isn’t a result of drug use; rather, it’s the cause.

3. The stigma. Because of the misguided stigma of addiction, we often refuse to acknowledge its presence. We’ll express concern for diabetic friends and family when they aren’t careful of what they eat. But we don’t want to call out our friends and family when they jokingly refer to their pain medication as happy pills because we don’t want to stigmatize them. Therefore, many people suffering from addiction don’t have the support they need to overcome it.

4. The media. Most of the media attention surrounding opiate addiction frames it as a criminal justice issue. The problem is about breaking the law, not suffering an illness, so the solutions discussed are typically law enforcement solutions rather than evidence-based treatments. If you have an addiction but the only information you have about it comes from the news, you may not realize there are proven ways to help you recover.

If everyone realized that the problem is a brain illness and not a morality or law enforcement issue, we would be having a much different and far more productive conversation. Fortunately, experts are starting to realize this, and the conversation about how to address it properly has finally begun in earnest.

When was the last time you stole something? Hopefully never, but if you hadn’t eaten in two weeks and stealing was the only way to obtain food, there’s a good chance you would choose to survive. The thing about addiction is that in its grip, people can feel just as desperate to satisfy their illness.

When people’s already-low dopamine levels drop even lower, their midbrains believe at a primitive level that they’re going to die. Of course, they won’t die, but the primitive brain overrides the cortex and drives them to seek relief by any means necessary, even if that means settling for illicit drugs when they can’t get prescription opiates or stealing from people they’re close to just to secure their next fix.

When you treat heroin addiction as a matter of character, it makes sense to take heroin away so someone can get over it. Sometimes, synthetic opioids are used with the belief that as long as a patient stops using heroin, he’s cured.

But when you realize that it’s not a character flaw but a disease that delves much deeper than drugs, you understand that substituting the drug isn’t an end-all solution. Addiction is a biopsychosocial disorder that also requires psychological and behavioral therapy to help someone cure his need to self-medicate in the first place.

As the opiate epidemic continues to grow, the medical community is also starting to realize that addiction isn’t what we once thought it was. We’ve studied the brain pathways of people with various manifestations of addiction and have learned that in all its forms, the disease stimulates nearly the same pathways. By shifting the focus to addiction itself rather than placing blame on people with addiction or the drugs they choose, we’ve begun to shift our approach to treating it.

Here are a few recent major milestones in addiction treatment that more of us can adopt:

• Embracing the Correct Definition of Addiction

Addiction used to be defined as the persistent use of a substance. The American Society of Addiction Medicine took an important step in shifting our perception of addiction by more accurately defining it as a chronic disease of the brain’s circuitry. By adopting this new definition of addiction, we can start shifting perspectives across the board.

• Addressing Addiction as a Disease

Experts and authorities agree that we need to start addressing addiction as the disease it truly is, including influencing public opinion, supporting policy changes, and increasing funding for treatment. For example, in response to numerous opioid-related deaths throughout Massachusetts, Gov. Charlie Baker this year signed into law a bill that helps limit opioid prescriptions. Talk to your government leaders about committing to destigmatizing addiction, and don’t be afraid to take a stance on the issue in public forums.

Also, this year, President Barack Obama proposed $1.1 billion in funding specifically to address the prescription opiate addiction crisis. The administration’s Affordable Care Act requires that substance use disorder benefits be comparable to other medical benefits. Start addressing the opiate addiction epidemic that is sweeping over us by ensuring that your local medical community has funding specifically for addiction treatment. As with any lifelong disorder, those affected need ongoing treatment.

Treating addiction requires initiative and a creative way to shift our finite resources into more productive avenues of treatment. But as a matter of priority, we can no longer brush addiction off as a matter of being weak-willed. Too many people continue to suffer from it for us to ignore the disease and its contribution to widespread opioid abuse.

Dr. Mark Calarco is the national medical director of American Addiction Centers, a leader in drug and alcohol abuse treatment. He is a pioneer in treating hormone imbalances in recovering individuals and has served as a board member for the State of Tennessee Medical Laboratory Board and the American Academy of Anti-Aging Medicine. Dr. Calarco was also the first board-certified anti-aging and regenerative medicine specialist in Tennessee. 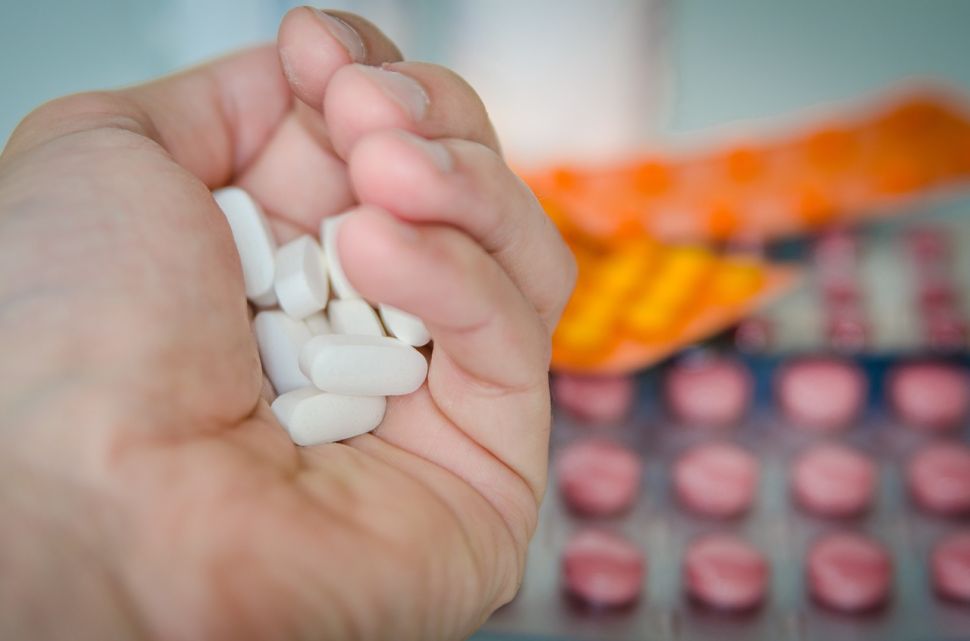