Over the weekend—the final weekend before the general elections—two big stories broke that should spell trouble for Hillary Clinton.

First it was revealed that Clinton repeatedly requested that her maid, Marina Santos, print out emails and documents that contained sensitive information. Several emails that Clinton asked Santos to print out were later deemed classified.

In 2011, Clinton emailed senior adviser Huma Abedin to “Pls [sic] ask Marina to print for me in am,” referring to a document that was unclassified, but still marked sensitive. In 2012, Clinton aide Monica Hanley told Clinton “We can ask Marina to print this,” referring to an email about the new president of Malawi. And in April 2012, Hanley emailed Clinton “Marina is trying to print for you,” referring to an email about “Revisions to the Iran points.” Both emails sent to Clinton from Hanley were later marked “confidential.”

Regardless of what they were marked at the time, Clinton’s maid—who didn’t have a security clearance—probably shouldn’t have been tasked with printing out emails to and from the United States secretary of state.

Further, FBI notes show Santos had access to a Sensitive Compartmented Information Facility in Clinton’s Washington, D.C. estate known as Whitehaven. Santos would enter the SCIF where she “collected documents from the secure facsimile machine for Clinton.”

Santos does not appear to have been interviewed by the FBI while it was investigating Clinton’s use of a private email server. Nor was her computer and the files contained therein subpoenaed by the Bureau.

So did the FBI investigate this information at all? That seems like pretty intentional mishandling of potentially sensitive information. Again, even if the emails weren’t marked classified at the time they were sent or printed, Clinton and her aides were requesting a maid without a security clearance print out information from important government sources. Claiming they didn’t know the information could be sensitive is unacceptable.

Another scandal we learned about over the weekend involved the Clinton Foundation and Chelsea Clinton’s wedding. In emails illegally obtained and released by Wikileaks, former top aide to President Bill Clinton, Doug Band, complained to Clinton campaign chair John Podesta about Chelsea spending Foundation money on herself.

“The investigation into her getting paid for campaigning, using foundation resources for her wedding and life for a decade, taxes on money from her parents…,” Band wrote.

He added: “I hope that you will speak to her and end this. Once we go down this road…”

When it was revealed that Donald Trump may have used money from his foundation to pay legal expenses, the media was quick to note that this sort of “self dealing” was illegal. If it’s true that Chelsea used foundation money to pay for her wedding and lifestyle, that would certainly fall under the category of self-dealing.

We already know the FBI is still investigating the Clinton Foundation (some reports say the investigation is stalled, others say it is still active), so is this information being looked into?

There are still so many unanswered questions about the FBI’s investigation into Clinton’s mishandling of classified information. I would like to know whether the information about her maid printing out sensitive information was thoroughly investigated. It seems to go beyond some kind of accidental recklessness that doesn’t imply intent.

The latest revelations continue to prove that the Clintons are corrupt and play fast and loose with the rules (and commonsense). Whether they will ever be held accountable for their actions—not just in the court of public opinion—still seems unlikely. 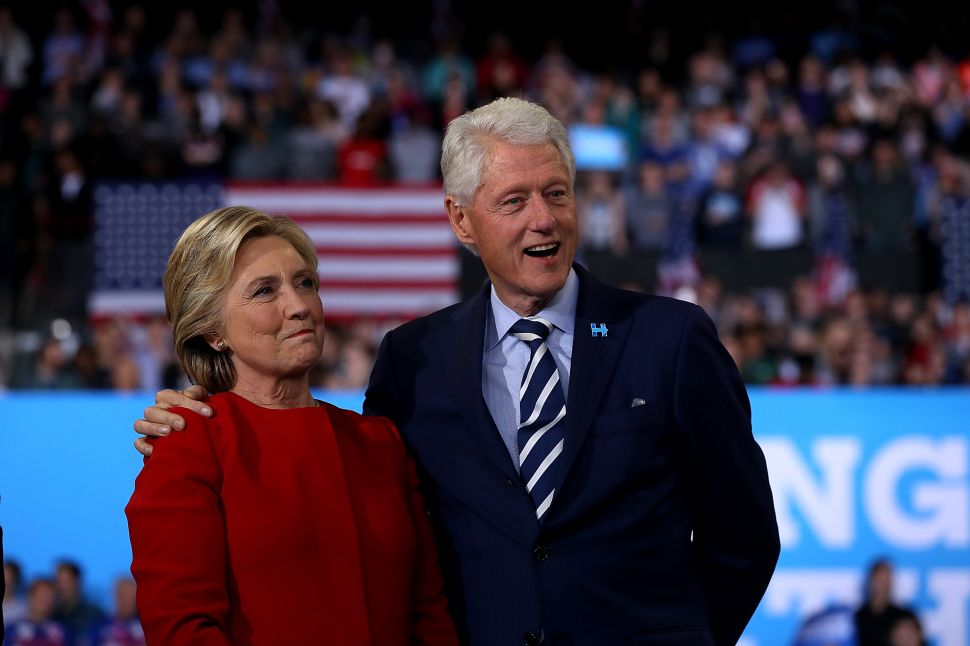