It’s happened again. Yesterday, on the campus of Ohio State University, an angry young man used his car as a weapon, plowing through a group of bystanders, whom he then attacked with a butcher knife. Eleven innocent people were injured, though mercifully all are expected to make a full recovery.

This time, we got lucky. A campus cop was on-scene within a minute and, when the madman running amok refused to follow orders to drop his knife, the policeman opened fire, killing him before he struck lethally. Which was clearly his intent, as described by a student who witnessed the event unfold: “He seemed like a crazed animal. He seemed like he was determined. He seemed like he was there for one reason—to do as much damage as he could.”

Before any facts were established, the left-wing online outrage machine went into overdrive, like clockwork, with Democratic politicians and activists denouncing their usual suspects. One was Virginia Gov. Tim Kaine, recently the Democratic vice-presidential nominee, who tweeted, “Deeply saddened by the senseless act of gun violence at Ohio State this morning.” Countless fervent Social Justice Warriors took to social media to express their deep hope that the shooter was a white racist—presumably inspired by President-elect Donald Trump and his message of “hate.”

Embarrassingly for the Left, the failed spree killer in Columbus turned out to have no gun at all. Worse for the liberal smart-set, he was a Somali refugee—hardly a redneck domestic terrorist. The disappointment felt online was palpable as it turned out the perpetrator was a Muslim of color, plus an immigrant to boot. He seemed to be practically a caricature drawn from Trump’s repeated warnings about the dangers posed by importing Muslims to America.

Virtually every liberal cliché was on display here. The dead man, Abdul Razak Ali Artan, an 18-year-old (some sources say 20), was a recent refugee arrival from Somalia, via Pakistan. His family moved to the United States in 2014 and Artan got an associate’s degree in 2016, then transferred to Ohio State to continue his studies.

Most of our self-starting jihadists have been dim bulbs, more violent than smart—but luck always runs out.

Although Columbus has a considerable Somali community, Artan clearly did not feel at home there, as he told a campus newspaper back in late August, upon his arrival, complaining about how inadequate Ohio State was for a Muslim like himself. Artan was miffed about the lack of prayer rooms: “I wanted to pray in the open, but I was scared with everything going on in the media. I’m a Muslim, it’s not what the media portrays me to be. If people look at me, a Muslim praying, I don’t know what they’re going to think, what’s going to happen.”

Here we have the now-customary message of self-pity emanating from the domestic jihadist. Not to mention the usual projection: it wasn’t Artan who needed to be scared of people on campus—it was fellow students who needed to be afraid of him.

To complete the picture, Artan made angry statements online betraying his hatred for America—and Americans. He wrote on his Facebook page that he had reached a “boiling point,” adding references to “lone wolf attacks.” As is so often the case, Artan hailed the dead radical imam Anwar al-Awlaki, the American citizen and Al-Qa’ida ideologist who was felled by a U.S. drone attack in Yemen in 2011. There were also the standard threats: “America! Stop interfering with other countries, especially Muslim Ummah. We are not weak. We are not weak, remember that.”

This hateful message can now be called The Usual: trash-talking the country that you live in while proclaiming allegiance to the imaginary Ummah (i.e. worldwide Muslim community) and making threats of violence against your neighbors. It’s startlingly similar to the far worse case of Omar Mateen, the self-starting jihadist who killed 49 innocent people in Orlando back in June when he assaulted a gay nightclub. As I noted about this awful young man:

He repeatedly pledged allegiance to the Islamic State, the notorious ISIS, and its leadership. Mateen wanted 911 dispatchers to call him an “Islamic soldier,” “a Soldier of the God,” and one of the “Mujahideen” (i.e., those who wage holy war in the name of Islam). He said his killing spree was motivated by the recent death of “Abu Wahid.” In early May, an airstrike in Iraq by the American-led coalition killed Abu Waheeb, a top ISIS executioner and star of numerous gruesome jihadist propaganda videos. (It’s not clear if Mateen misstated the dead man’s name or the authorities did.)

“They should not have bombed and killed Abu Wahid,” the hostage-taker vented on the phone. When a police negotiator clearly had no idea who the dead man was, Mateen angrily stated, “Do you fucking homework and figure out who Abu Wahid is, OK?”

Here we see the customary jihadist fantasies of belonging to ISIS in the deserts of Arabia even though you’re in Florida. In the sick mind of Omar Mateen “we” are Islamist killers in the Middle East, while “they” are fellow Americans, your neighbors and co-workers—infidels who deserve death.

Here we are again. It’s happened in Columbus before yesterday too. Back in February, in a similar incident to what just went down at Ohio State, Mohammad Barry, a 30-year-old immigrant from Guinea, went on a machete rampage in an Israeli-owned restaurant in the city, injuring four before being killed by police. It turned out that Barry, who shouted the expected jihadist mantra Allahu akbar (God is great) while hacking at innocent people, was known to the FBI for his radical views.

Then there was the Minnesota mall rampage back in September, where a 22-year-old Somali immigrant stabbed 10 people before being killed by police. The notorious Islamic State proudly proclaimed the dead man as their “soldier,” and although there was no evidence that ISIS had ordered the terrorist to murder, he was likely inspired by them, as even the famously cautious FBI admitted to Congress about the incident.

This is hardly surprising, since ISIS has expressly called upon would-be jihadists in the West to just go out and start killing “infidels” with whatever weapons they have at their disposal. If you can’t make it to Syria or Iraq to play in the jihadist big league, you can still be a martyr and holy warrior for Islam. Knives and cars have been cited by ISIS more than once as helpful killers when guns and bombs aren’t on hand.

In truth, America has been lucky. Most of our incidents of self-starting jihadists have been small, perpetrated by losers who are frankly as incompetent at killing as they are at everything else in life. Our death toll has mercifully been low. We have yet to experience anything like the horror in France last July 14, that country’s national day, when a jihadist plowed through crowds in Nice with a cargo truck, murdering 86 innocents.

However, we need to dispense with wishful thinking. It’s only a matter of time before self-starting jihadists in our country get better at killing, and Americans are getting butchered in significant numbers by madmen, as has become depressingly routine in Europe. I’ve warned repeatedly about jihad denial as a problem which aids extremists in their murderous mission. It’s time to start addressing this rising threat seriously, as President Obama has assiduously refused to do for the last eight years.

Donald Trump caused considerable upset among liberals for his plain speaking about the jihadist threat. Although some in his national security entourage—most notably Mike Flynn, who has essentially called for war on the whole Muslim world in the name of counterterrorism—have pushed extreme views which don’t help the fight against radical Islam, Trump’s essential take, that we need to drop pleasant lies and start dealing with the jihadist problem before it becomes chronic and constant at home, is timely and correct.

Above all, is it really wise to import Muslims from the most backward, violent and jihad-addled parts of the Islamic world? Radicalism is a manageable problem in many places where Muslims live, but in Somalia jihadism is rampant, so much so that in recent years hundreds of immigrants have returned home to wage jihad there.

This is a national discussion we need to have, soon. We’ve been lucky so far. Most of our self-starting jihadists have been dim bulbs, more violent than smart. But luck always runs out, eventually. We need to act before it does. 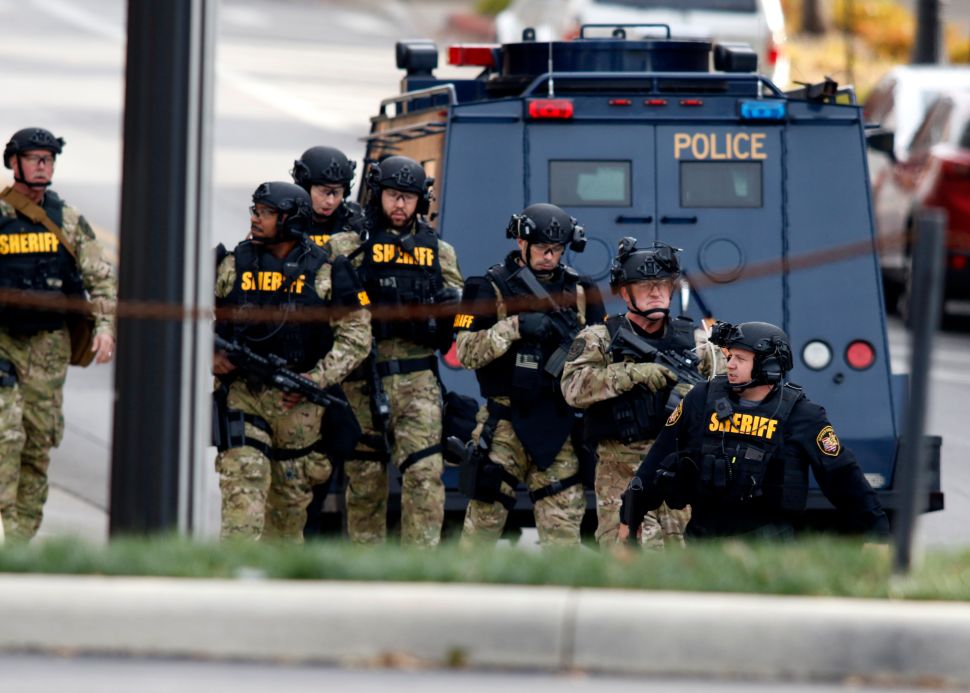