In Mars, National Geographic has done something incredibly ambitious and almost entirely new: a six-part documentary-drama series that jumps from modern day interviews with figures at the forefront of Mars colonization efforts like Elon Musk of SpaceX and Andy Weir, the author of The Martian, to a fictional crew in 2033 actually making the trek to the red planet.

For anyone curious about the how or the why of interplanetary travel, Mars is a must-see. Its dual nature means the show investigates not only the scientific advancements that will go into an eventual mission to Mars, but also the human heroism that will take us there.

The “drama” part of the series stars musician JiHAE in dual roles as the twins Joon and Hana: Joon on the ground at mission control, and Hana, a pilot aboard the shuttle. The roles required in-depth research about the science behind space expeditions and a week of bona fide space camp training in which JiHAE learned about the rigor, challenges, and the flatulence of astronaut life.

On her Mars characters:

“My characters are Joon and Hana. They’re identical twins, and when they were six years old, they were at the planetarium and they made a pact that they were going to go to Mars. In a sense, the whole arc of the storyline of the entire series is based on these twins: one becomes a pilot for the spaceship going to Mars, and the other is a communications commander at whatever the future version of NASA is.”

On living as an astronaut:

We, all of us, had space camp training by an astronaut with nine PhDs. Dr. Jemison came to Budapest. We had an astronaut come to Budapest and give us a week of space training. She taught us what it was like to be in a rocket, because she’s been. All of the things you have to do to survive and what the living situation is like, as you travel in the spaceship. Mars’ gravity is a third of Earth’s, so you become much, much lighter. This I found out on my own that astronauts physically can’t burp when they’re in space, so all of the air comes out the other way. So apparently some astronauts, as a joke, try to propel themselves with their farts.

I started out with the simplest thing I could take from myself: everyone has a duality, a masculine side and a feminine side. And I researched twins a lot and I interviewed a bunch of twins, and what I learned was that even if you’re three minutes apart, the older twin feels like an older sister. I don’t know if you have siblings, but I have two older sisters and they’re very motherly towards me.

One thing I did to create a precise separation in the characters is create a backstory of each individual, from what they were like in childhood, when their mother was calling them in for dinner while they were playing with Saturn V rockets. Like, who would jump and go in the house to eat and who would still be working.

The older sister, Joon, is very maternal: she has a job, but her personal mission is to save her sister’s life, and save the crew.

When I was doing the Hana character, who’s the pilot, I thought of the fact that she was in the Air Force, which requires physical training. So her posture is different, and her outlook in life, and why she’s doing mission is different from her sister. By 2033, Earth has gone through so many more near-extinction events with natural disasters and stuff. So the mission for Mars is not just space exploration, it’s actually a second chance for humanity not to die as a species. It’s a second chance for people to have a new life, because earth is dying. I don’t know how much they go into the pretext of Earth being unsustainable, but the mission itself isn’t just about being a pioneer, and being the first people on Mars; it’s about finding a safe haven for humanity to survive. So Hana’s perspective, and her team’s, is the belief that they’re going into the darkness, and the unknown, so humanity can find the light.

On making a real trip to Mars: 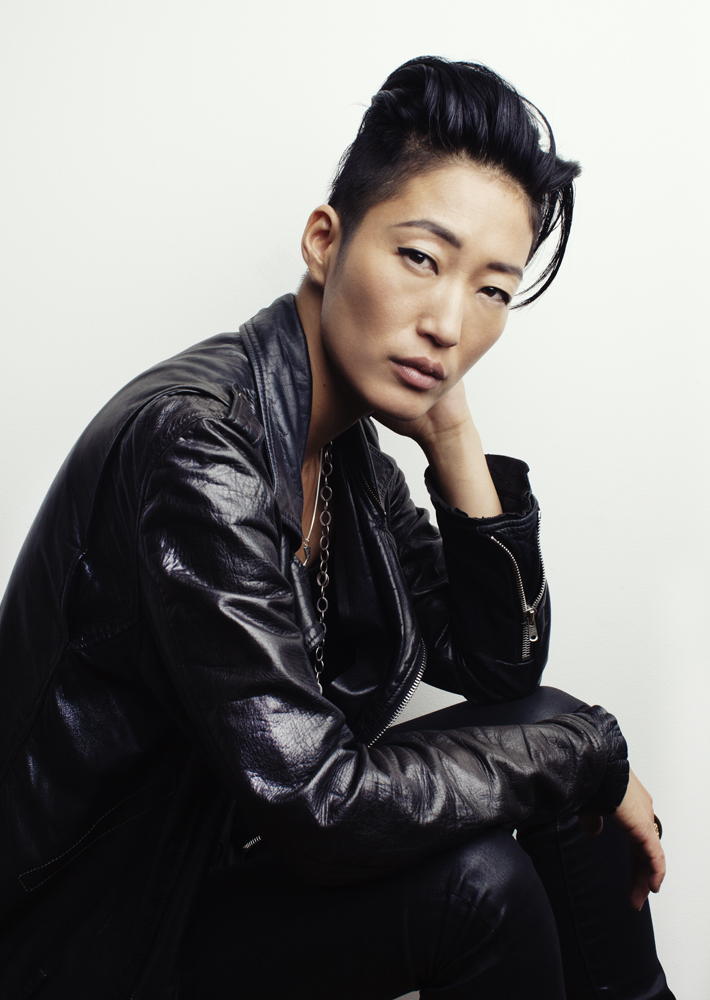