Before digesting Jimmy Carter’s Op-Ed in today’s New York Times calling for the United States to recognize the country of “Palestine,” it’s instructive to read Carter’s statement released upon the death of Fidel Castro a few days ago:

“Rosalynn and I share our sympathies with the Castro family and the Cuban people on the death of Fidel Castro. We remember fondly our visits with him in Cuba and his love of his country. We wish the Cuban citizens peace and prosperity in the years ahead.”

Here you have a former leader of the free world speaking warmly of the good times he had with a brutal dictator who murdered 6,000 people in front of a firing squad—in addition to the estimated of hundreds of thousands of others who perished under the Cuban strongman. To read of the torture that takes place in Castro’s prisons is to be sickened with gut-wrenching tales of abuse.

There is much that can be said of Jimmy Carter and his failed one-term presidency, but nothing more potent than this: few American leaders have ever had a more broken moral compass than the man from Plains, Georgia.

Some of Carter’s comments on world leaders have become legend. Of North Korean dictator Kim Il Sung, Carter said: “I find him to be vigorous, intelligent…and in charge of the decisions about this country.” This is the Korean dictator who, together with the tyrannical son who succeeded him, starved to death about three million of their own people. Carter added, absurdly, “I don’t see that they are an outlaw nation.”

Carter hailed Yugoslavian President-for-life Marshal Josip Tito as “a man who believes in human rights,” and said of the murderous Romanian dictator Nicolae Ceaușescu, “our goals are the same: to have a just system of economics and politics… We believe in enhancing human rights.” Carter told Haitian dictator Raul Cédras that he was “ashamed of what my country has done to your country.”

But all this pales in significance when compared to Carter’s special animus for Israel.

In 2006 the former President said that Israel’s policies in the West Bank were actually worse than apartheid South Africa. He followed the libel with his book in the same year, Palestine: Peace Not Apartheid, in which he claimed that due to “powerful political, economic, and religious forces in the U.S., Israeli government decisions are rarely questioned or condemned, voices from Jerusalem dominate our media.”

But while Israel, the apartheid state, cannot be trusted, Carter told The Today Show that the party that can be trusted is Hamas.

Yes, that Hamas. The one that fired tens of thousands of rockets into Israel’s cities; the terrorist organization that slits the throats of Israeli teenagers; the monsters that engage in honor killings of Palestinian women, and that slaughter Palestinian homosexuals. Carter’s motto: In Hamas We Trust.

All this needs to be kept in mind as we read yet another screed by Carter calling on America to help create a Palestinian state.

Knowing how things turned out in Gaza and how that Palestinian state today lives in squalor—as Hamas commandeers most monies allotted to it to buy bullets and bombs to murder Israelis, rather than building hospitals and roads with the international aid—the question arises: Why does Jimmy Carter want to see this repeated in Judea and Samaria in the West Bank?

He is propelled by ideology. I mean, the guy has the right to be a leftist dreamer—even if it is at Israel’s expense.

But it just may be that Carter is less motivated by ideology than by cold, hard cash.

It was Professor Alan Dershowitz who detailed, in a series of articles, the millions of dollars of funding that Carter has personally and institutionally taken from leading Arab sources—including former Saudi King Fahd, the now-defunct BCCI bank that was controlled indirectly by the Saudi royal family, and Sheikh Zayed bin Sultan Al Nahayan, and Agha Hasan Abedi, among others.

Recent disclosures of Carter’s extensive financial connections  to Arab oil money, particularly from Saudi Arabia, had deeply shaken my belief in his integrity. When I was first told that he received a  monetary reward in the name of Shiekh Zayed bin Sultan Al Nahayan, and kept the money, even after Harvard returned money from the same source because of its anti-Semitic history, I simply did not believe it. How  could a man of such apparent integrity enrich himself with dirty money  from so dirty a source? … The Zayed Centre for Coordination and Follow-up, a think-tank funded by the Shiekh and run by his son, hosted speakers who called Jews “the enemies of all nations,” attributed the assassination of John Kennedy to Israel and the Mossad and the 9/11 attacks to the United States’ own military, and stated that the Holocaust was a “fable.” (They also hosted a speech by Jimmy Carter.) To its credit, Harvard turned the money back. To his discredit, Carter did not.

As I have long said—and actually believe—Jimmy Carter is not anti-Israel and he is certainly not an anti-Semite.

Rather, he is simply a man with a price.

Shmuley Boteach, “America’s Rabbi,” whom the Washington Post calls “the most famous Rabbi in America,” has just published “The Israel Warrior: Standing Up for the Jewish State from Campus to Street Corner.” Follow him on Twitter @RabbiShmuley. 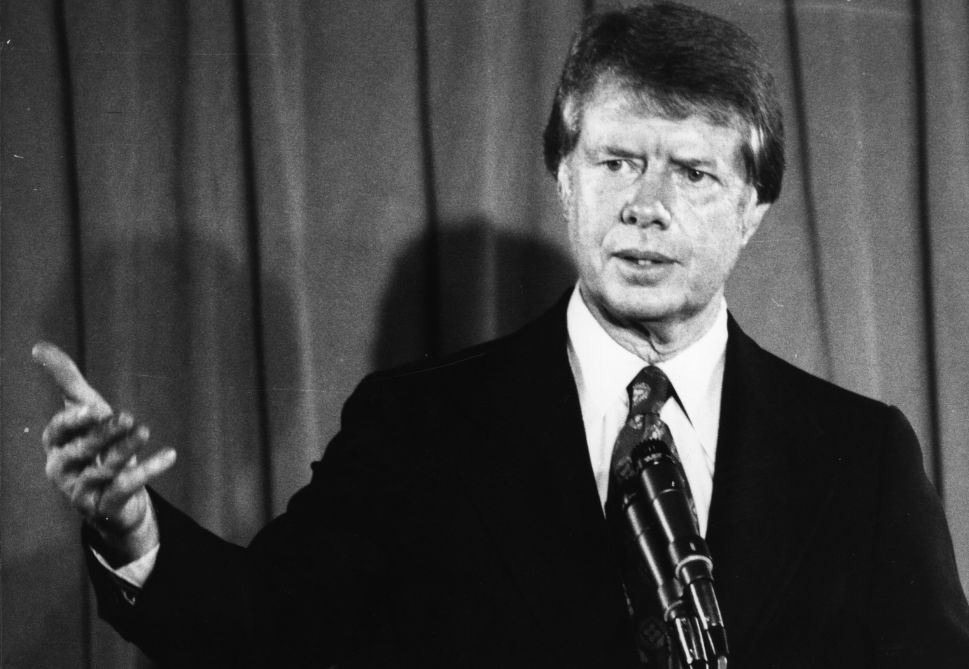