There was plenty of goodwill to go around inside Madison Square Garden last night, and I’m not just talking about the adjacent Rangers game. The 10th Annual Stand Up for Heroes event brought its biggest bill yet–Jim Gaffigan, Jerry Seinfeld, Louis CK, Jon Stewart and Bruce Springsteen–all to benefit wounded veterans and their families. All told, after Springsteen auctioned off a ride for four in his Cadillac down to the Jersey Freeze, after CK broke out his finest material on the New York Public School system and Gaffigan regaled us with the tribulations of fan-given boxes of donuts, the assembled crowd inside MSG’s Theater raised more than $650,000 toward the Bob Woodruff Foundation.

The single place where goodwill couldn’t be found, actually, was where it concerned the current Presidential Election, especially when it came to one Jon Stewart. “To be here tonight with you guys, my heroes, on the eve of the last American election is so exciting,” Stewart said, walking onstage. “240 years. We gave it a shot!” Although Stewart’s obviously been itching to get a few politically-fueled thoughts off his chest, he doesn’t exactly miss having to do so five times a week from behind the desk of the Daily Show, which he hosted from 1999 to 2015. “I was a turd farmer for 16 years. And now a shit-meteor has landed here. You think I want to go digging through that?”

This didn’t stop Stewart, however, from revisiting the very real time Republican presidential nominee Donald Trump called Stewart out on Twitter for not being proud of his Jewish heritage. “I shit you not, perhaps the next president of the greatest country in the world, at 1:30 in the morning, tweeted, ‘Little Jon Stewart is a pussy,'” Stewart laughed.

The 53-year-old comedian ended with, “Vote wisely this November.”

Stand Up for Heroes is presented by the Bob Woodruff Foundation and the New York Comedy Festival, which takes place November 1-6 throughout the city. 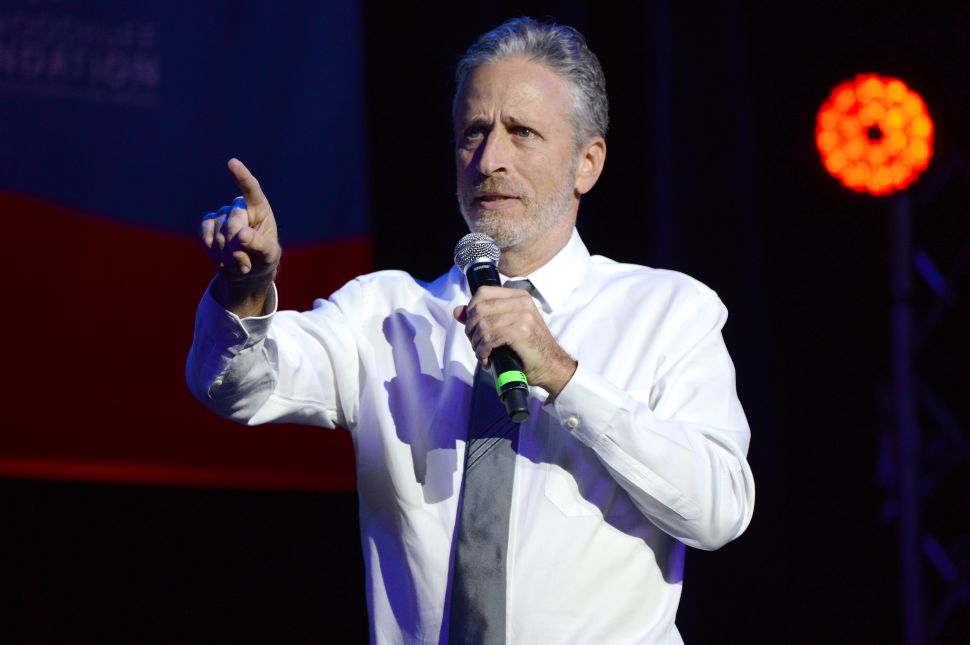