The saga that is Brangelina real estate continues on, this time down in New Orleans. Brad Pitt and Angelina Jolie purchased their home in the French Quarter back in 2007, paying $3.5 million for the 7,645-square-foot estate. By November of 2015, they decided it was time to part ways with the five-bedroom, five-bathroom manse, and listed it for $5.65 million. It took some time, and a price cut, but Pitt and Jolie found a buyer who doled out $4.9 million for the place…perhaps their impending divorce gave them a bit of motivation to finally say farewell to the home. (AP)

Amy Schumer upgraded her Upper West Side digs in a big way—the comedian purchased a $12.15 million penthouse at 190 Riverside Drive, which will give her a whole lot more room than the one-bedroom she’s still trying to sell on West 80th Street. Her new 4,500-square-foot duplex features coffered glass ceilings, a custom stone and glass gas fireplace, a wall of glass doors, and a wraparound terrace, as well as a separate bedroom wing, says the listing shared by Lisa Lippman and Scott Moore of Brown Harris Stevens. Schumer also managed to shave quite a bit off the original $18.9 listing price for the five-bedroom apartment. (The Real Deal)

In a move that probably surprised absolutely no one, Kendall Jenner purchased a $52,000 couch with which to decorate the $6.5 million home she bought earlier this year. Jenner celebrated her 21st birthday on Thursday, so perhaps buying a knotted blue-and-purple couch that that resembles giant purple worms and costs more than some yearly salaries and is how one rings in the legal age. In true Kardashian-Jenner fashion, Jenner displayed her new purchase, designed by Campana brother for Edra, on her blog, describing her new sofa as “all woven and a really groovy navy with purple shimmer. It works perfectly in the space!” (Architectural Digest)

Back in New York, Tommy Hilfiger’s penthouse at the Plaza is now on the market for a discounted $58.9 million. Sure, it might not seem like you’re getting a deal, but considering he was asking $80 million for the 5,600-square-foot condo in 2013, it’s a steal. Sort of. Hilfiger purchased the four-bedroom duplex, located on the 18th and 19th floors of the Plaza, in 2008 for $25.5 million. “It’s not your cookie cutter new condo,” Douglas Elliman broker Oren Alexander, who is sharing the listing with Tal Alexander and David Dubin, told the Wall Street Journal. That’s for sure—there’s the black lacquer, mirrors, and of course, an Eloise mural created by the books’ original illustrator Hilary Knight, which Hilfiger personally commissioned. Well, it’s perfect for anyone who wants to live out their childhood Eloise fantasies. (Wall Street Journal)

Heidi Klum, also known as the unofficial (or maybe it is official) queen of Halloween, held her pre-party gathering at a $15.95 million penthouse at 94 Thompson Street. If you didn’t score an invite to her annual All Hallows Eve party, but you happen to have $15.95 million to spare, you’re in luck—the 3,500-square-foot co-op is on the market with Douglas Elliman brokers Tom Postilio and Mickey Conlon. It’s also available on Booking.com as a short-term rental, if you’re not looking for anything too permanent and simply want to enjoy the 23-foot ceilings, fireplace, “banquet-sized” dining room and glass-enclosed chef’s kitchen for a more limited period of time. Sadly, buyers and renters are not guaranteed a party attended by Klum and her gaggle of Halloween doppelgängers. (New York Post)

Macklowe Properties’ condo-and-retail development at 200 East 59th Street revealed approximate pricing, with a projected sellout of $264.1 million. The 35-story tower will include 68 units, which will average about $4 million. Not exactly cheap, but nothing compared to the multimillion-dollar closings going on at the developer’s supertall 432 Park right now. 200 East 59th Street will include 99,848 square feet of residential space, with 18,000 square feet of retail space—apparently, the offering plan doesn’t include the retail portion or the three penthouse floors. (The Real Deal) 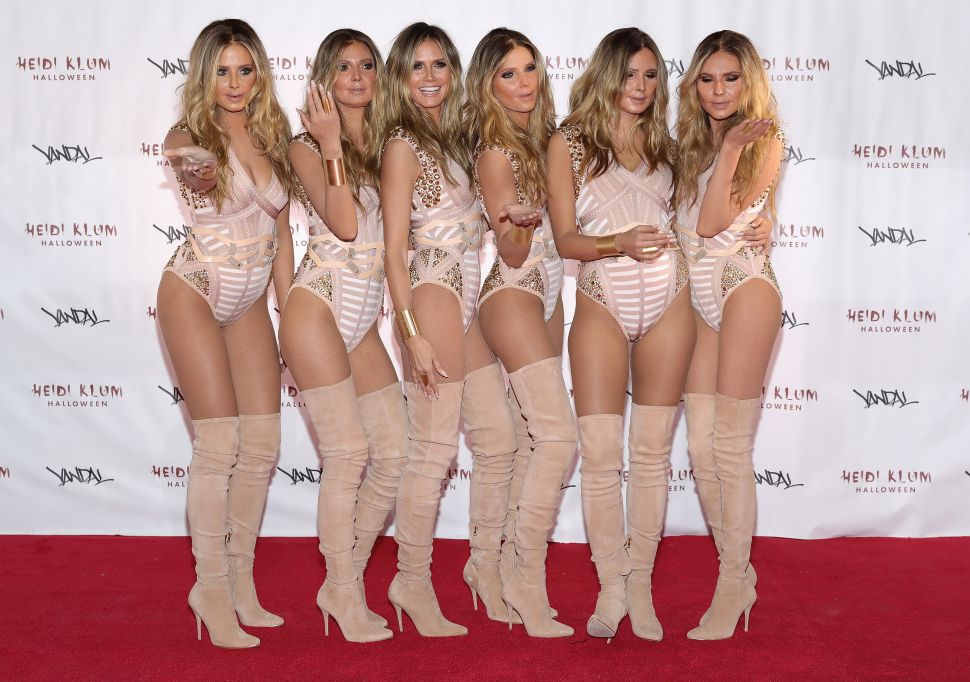