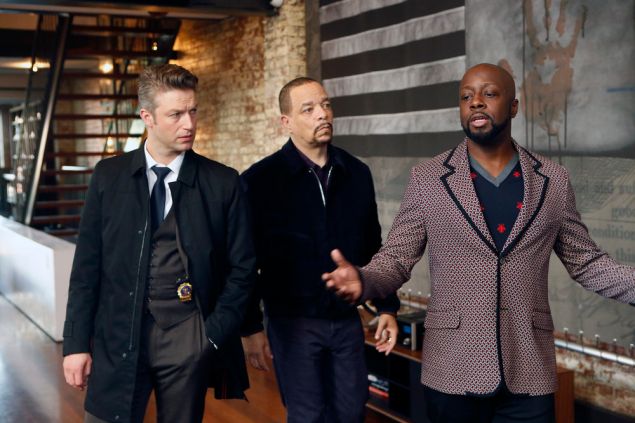 In what feels like a little bit too long of an opening sequence, a young female art student leaves class and heads to a local marketplace. After a little shopping, the young woman waits at a table as if someone will be joining her. When she decides to take a detour into a restroom, she panics as through the stall door she sees a man with a pipe in his hand.

Cut to a uniformed officer explaining to Detectives Benson and Rollins that the young woman was assaulted and raped with the pipe. Outside the bathroom, a woman and her young daughter are questioned by the detectives but offer very little help in identifying the perp.

At the hospital, the SVU team learns that the young woman is transgendered. Although she was once known as Eric, she now goes by the name Eva. Eva’s parents reveal that Eva has an on-again off-again boyfriend named Logan. When questioned, Logan denies having anything to do with hurting Eva but admits that he was upset with her because he thought she was cheating on him.

Chasing down a lead from Logan, the team finds out that Eva was kicked out of a club for slapping a rapper named Hype.

After the detectives tell Hype that his DNA has been discovered under Eva’s fingernails, he breaks down and admits that he did hurt her, that he’s in love with Eva and they were in a relationship. But, seconds after he says this, he insists that he isn’t gay.

Stepping up their efforts to catch Eva’s attacker, they bring in the witnesses from the crime scene, but the mother is still reluctant to help. After Benson gives her a talking to, the woman lets her daughter ID Eva’s assailant, who happens to be Hype’s manager, Cash Lewis.

Things take a turn for the worse when Eva succumbs to her injuries and dies.

As the team is executing a search warrant on Cash’s place, they find him on the ground, writhing in pain from a bullet wound in his side. Following a blood trail, the detectives find Hype in an adjoining room with a gun in his hand.

Back in an interrogation room, Hype, sitting with his attorney, is quick to say that he shot Cash in self-defense after the two had a dispute about Hype’s contract. Hype continues to vigorously state that he isn’t gay, saying very heatedly, “I ain’t no faggot!”

Doing some more digging, the team finds that it was Hype’s label owner, Vincent Love, who orchestrated the attack on Eva. After he tried to pay her to stay away from Hype to maintain Hype’s image and she refused, he got Cash to assault her.

With Barba on the scene, Hype is offered a deal if he rolls on Vincent and Cash, but Hype refuses when he’s told that to do so he’ll have to admit to his relationship with Eva in open court. Hype empathically refuses to do this and holds steady to his denial while on the stand.

The young man looks shocked when the jury returns a guilty verdict against him.

Benson and Barba watch Vincent leave the courthouse a free man as he rushes through a crush of fans to his fat Escalade. Benson remarks that three lives were destroyed simply because Eva was born a boy. In response to this, Barba reveals that Hype’s single just hit #1.

While this wasn’t a fast moving episode, it was meaningful in subtle ways that actually make some big statements.

First, there was the contrast between the female witness and Eva’s parents. While the female witness’ main role was to represent those citizens who’ve spoken out what they feel is the misuse of gender assigned bathrooms, Eva’s parents represented the opposite end of that spectrum – people who love, respect, and accept, others, no matter what.

This factor may have been what the writers/producers were trying to do with that lingering opening. It seems as though they were trying to show the audience a little bit more about Eva. Generally, there’s just a snippet about the person before they become an SVU victim and here, especially since Eva was going to die, it feels like it was necessary to give the audience a bit more than just a slight glimpse into her life.

Another element that made this story compelling was that Eva had not one, but two men who loved her – Logan and Hype. And, while Hype wouldn’t admit it to anyone, including himself, Logan seemed to have little problem with it. He acknowledged that there were challenges in dating a transgender person, but this didn’t seem to stop him from accepting his feelings and pursuing a relationship with Eva. The dichotomy in the thought-process here was well crafted in this episode.

Benson was certainly on her game in this installment, especially when she scolded the witness/mom and was snarky in court about Hype’s lawyer. All actions totally within her character, but still nice to see. After all these years on the job, is her patience with both reluctant/intolerant witnesses and slimy lawyers wearing so thin that we might see a new layer to her? That would be both believable ….and kinda awesome.

Also, kudos to SVU for employing a real transgender actress to portray Eva. Sabel Gonzales is a Filipino model who’s video #thepriceofbeingme movingly chronicles her journey to be the person she is. You can watch the video here.

Overall, this episode wasn’t one that made a big action splash, but it is a quietly moving tale about acceptance, even amidst a true lack of understanding. This is highlighted when all the detectives reveal that they have people in their lives who aren’t progressive when it comes to gender fluidity. The point is driven home when Fin, who has a gay son, says that people coming out as transgender is cool, but the concept is still confusing to many people, himself included.

Season 18 of SVU is flowing along with good storylines and critical examination of issues, just like it has in the past and will undoubtedly continue to do so in the future. That’s the drama’s true calling. And, whether it’s a loud episode or a quite one, as long as that mission is accomplished, it’s all good.

(In a small footnote, it seems there was a production error in this episode….. Think about it for a minute to see if you can come up with it… Ok, when Benson and Barba are at Rikers talking with Hype, trying to get him to roll on Cash and Vincent, Benson loudly tells Hype, “If you lose this case, it will be you doing 20 years, not Hampton, not Love…” Correct me if I’m wrong but I think she meant to say, “not Vincent, not Love.” Hampton is Hype’s lawyer, right? It’s a small thing in that the point of the scene is to get Hype to speak for himself and to get justice for Eva, but it did catch me off-guard. Did anyone else notice? If not, that kind of shows that the writing is that good – that this can sneak by and not detract from the importance of this scene.) 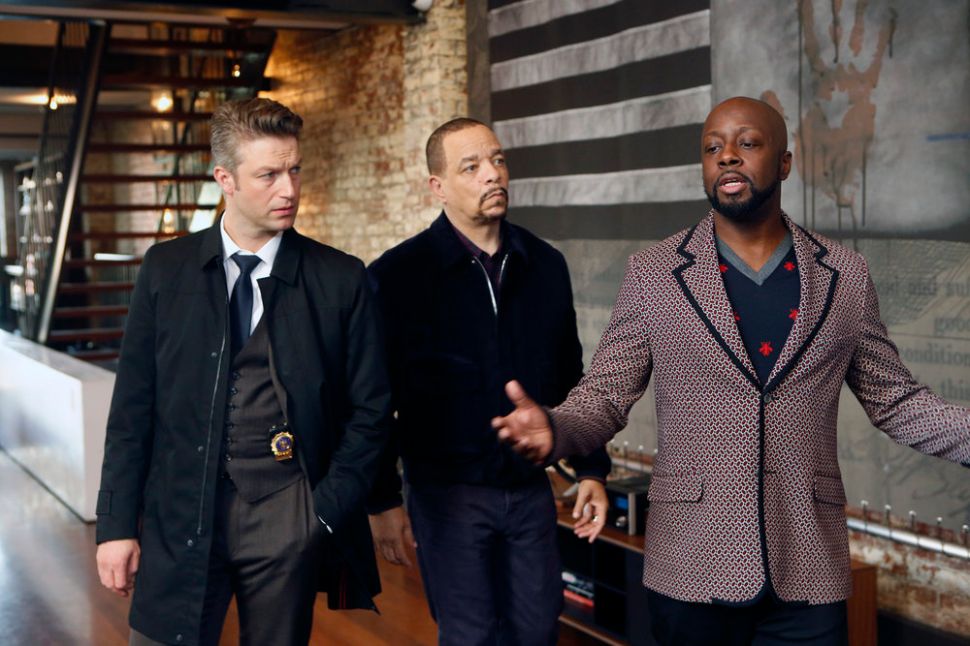