Buffer co-founder Leo Widrich showed a big team photo at the end of his talk at The Next Web conference in New York’s Red Hook. It said “This is it” above it, which he said was one of his favorite Zen phrases, a way of remembering that we have nothing more than this moment.

Then he told the room the photo showed the Buffer team in Hawaii, just before a round of layoffs the company had to go through after realizing in April that it was spending more money than it was making.

Buffer has made a platform for companies to more easily share their messages on different social platforms since 2010. In April, the company realized that it was making $900,000 per month and spending $1.1 million per month. It laid off 11 percent of its 94 person staff, according to Quartz. “The biggest learning for Joel [Gascoigne], myself and leaders: we are no longer building a product,” Widrich said.

In other words, a certain point comes when a company has to put as much focus on keeping the people it hires employed as it does making its product work as well as it can and fending off the competition. We recently reported on Union Square Hospitality’s Danny Meyer (the creator of Shake Shack) Q&A at Bloomberg Tech, where he said something similar: “We think you can have the happiest customers when you put them second.” Meaning that guests have the best experience when they are served by staff happy with their jobs.

“You can’t just try and experiment when there are people involved,” Widrich continued. If people need to be hired to try something, his leadership realized that they had to do so judiciously. “If they are just another poor A/B test, that’s really no way to think about someone.”

The ability to hold onto people is critical to a company which puts a high emphasis on culture, as Widrich argues Buffer has consistently done.“It’s really dear to us to create a place that lets people live the lives they want to live,” he said. After the layoffs, the company began to put money back into the rainy day fund again.

While standing before that team photo of the pre-layoffs team in Hawaii, Widrich said. “I’ve kind of always come back to looking at a picture and remembering: this is it.” 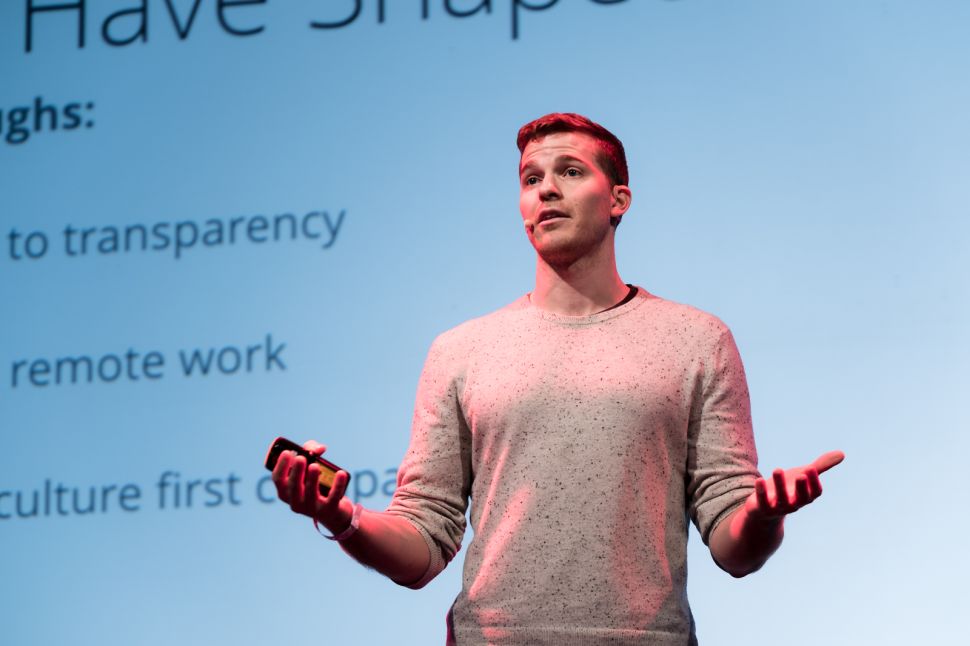 Filed Under: Business, Technology, Layoffs, the next web, buffer