NBA star Deron Williams has been playing for the Dallas Mavericks since last summer, so it wasn’t too surprising when the former Brooklyn Nets point guard decided he no longer needed his palatial Tribeca penthouse.

Perhaps it’ll give potential buyers the chance to give the loft a test drive before they make any permanent decisions. Williams bought the condo, which is accessed by way of a private elevator, in 2013 for $15.8 million. Sure, the price jump might seem a little steep, but the hoops star upgraded the space with an impressive renovation, before it hit the market.

A custom floating staircase leads to the master suite, which has its own dressing room and spa bath. It also features soaring 17-foot ceilings, as well as a gas fireplace and a wet bar.

If you need to escape for some fresh air, the two terraces come to a grand total of 3,000 square feet—one includes a fireplace and seating, the other has a BBQ and a dog house. Sure, there might not be room for a full basketball court, but per the listing photos, it’s an ideal entertaining space and has extremely Instagram-worthy Tribeca views.

And if you aren’t as athletically gifted as the basketball star, it also appears Williams currently has a ping pong table set up in the great room.

Before the basketball star scooped up the duplex, Sean Combs was reportedly interested in the sleek space. Combs is still trying to offload his long-suffering condo at the Park Imperial, but perhaps the rental will draw Combs to Tribeca once more. 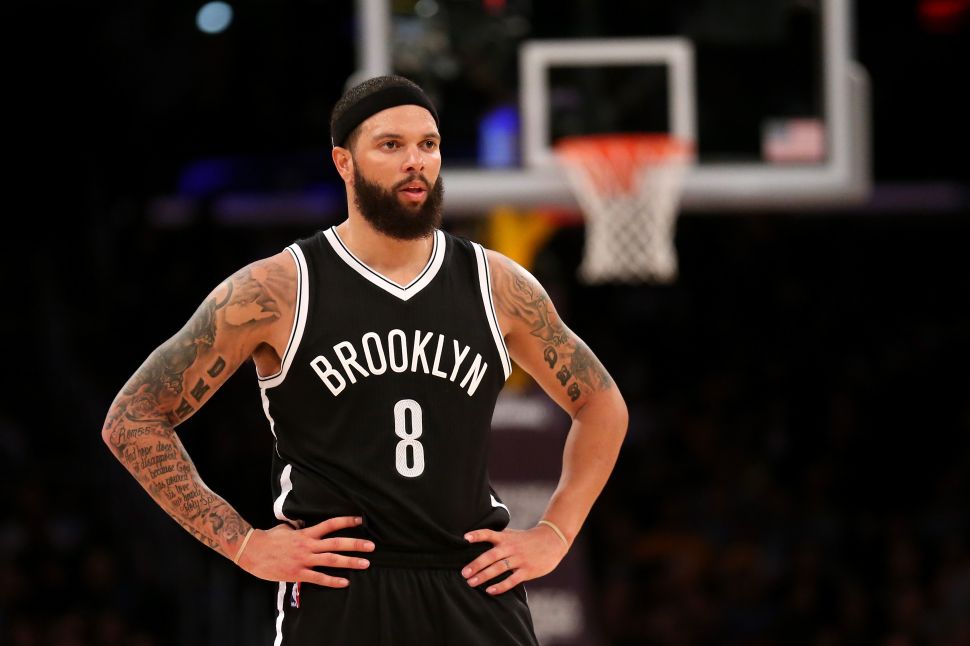