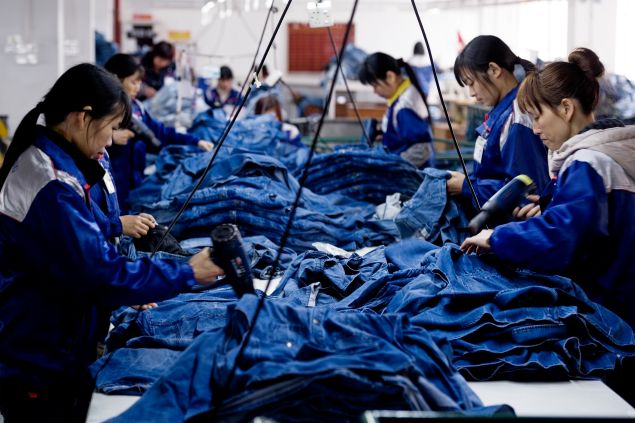 Earlier this month, online retailer Nasty Gal shocked fans by filing for bankruptcy. The e-commerce darling, which sold original designs, vintage pieces and items from other brands, became a social media hit thanks to innovative branding. Fellow millennial favorite American Apparel’s demise was not quite so surprising, having long been simmering in the pot despite the brand’s popularity. While both companies cited a number of reasons including legal troubles and mismanagement for their financial crashes, a major, troubling factor was also key—they kept most of their manufacturing within the United States.

The higher wages and management costs of the “Made in USA” label, although ethical, come at a very expensive price. Midrange brands trying to maintain that status have met with obstacles that fast-fashion competitors can sidestep by offering similar designs with minimum financial hassle.

The global fashion market is now an almost $3 trillion annual industry. While one may think that high-end designers with their expensive price tags are the prime contributors, most of the profits can be attributed to the fast fashion industry. TJX companies, a discount and off-price retailer, for example, generated nearly $31 billion in revenue in its 2015 fiscal year alone. It comes as no surprise then that one in every six people alive in the world today work in some part of the global fashion industry. This makes it the most labor-dependent industry on earth, majority of which is outsourced into the developing world, particularly in Asia, where Western household names dominate. According to Workers Rights Consortium, an independent labor rights organization that monitors the working conditions in factories around the globe, H&M is the largest clothing manufacturer in Bangladesh. 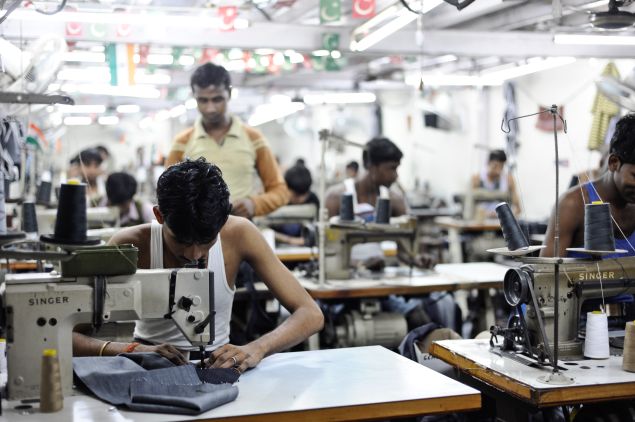 Until the 1960s, America was still making 95 percent of its clothes. In 2015, only 3 percent was produced in the United States and a staggering 97 percent was outsourced. Most fast-fashion retailers see much sense in offshoring their manufacturing practices to countries like Bangladesh, India, Cambodia, China and Vietnam because of their low wages, lax local labor laws and agreements of free trade.

“The cheaper the price, the more the profit” rhetoric also stems from the fact that most Americans don’t really care about how the clothes are made as long they’re cheap. Indeed, a 2013 Gallup poll stated that over 55 percent of American consumers make absolutely no effort into finding out where the clothes were created when shopping. New brands are aware of that and hence paranoid about taking the financial risk of local manufacturing. “The entire industry is asking for cheaper prices. Brands will publicly state that that’s not the case, but, off the record, if you ask any factory its biggest issue right now, I don’t care what country they’re in, they’re going to say ‘intense pressure from their clients to lower the price,’ ” Edward Hertzman, founder of Sourcing Journal Online, a trade publication covering the apparel & textile supply chain, told Business of Fashion.

With something new coming into the stores every week, instead of two seasons, brands now have 52 seasons a year. In order to support this mass production efficiently while maintaining their low prices, they see sweatshops and fashion factories in third world nations as a viable and profitable option. “When the Western retailers lower their prices, we are forced to comply and lower our prices and this directly affects what our workers make,” a disgruntled garment factory owner in Bangladesh told Observer on the condition of anonymity.

Currently, over 4 million people work within these sweatshops and an average worker in Bangladesh, makes about $67 a month, which comes up to only a little over $2 a day. Today, they are amongst the lowest paid garment workers in the world. Additionally, over 85 percent of these workers are primarily women who have no health benefits or any form of financial security. Unionization is illegal and working conditions only get intolerable. But these low wages and unsafe working conditions are all excused by most large companies under the assumption that they ultimately “provide jobs” to those who need one. Unfortunately, even tragedies such as the Rana Plaza sweatshop collapse in Dhaka, Bangladesh, that killed over 1,000 workers, has done little to change their point of view.

“Opportunities were missed to reinvent the supply chain and I cannot say with any confidence that there will not be a repeat of Rana Plaza in terms of scale. Hundreds of people have lost their lives, been injured or had their health compromised by producing garments since Rana Plaza and the garment industry remains dangerous, polluting and energy intensive when it need not be any of these things. Retailers were allowed to control and lead negotiations in the aftermath and were not selfless enough in the way that they approached them,” British author and journalist on 2015 fast-fashion documentary The True Cost Lucy Siegle said in an interview.

But how hard is it for a multitrillion dollar industry to ensure fair living wages of its workers and guarantee the most basic of human rights?

“So many of us have been told the sweatshop story based on a false zero sum ratio. It’s explained as either improve conditions or take away jobs. We can build better systems to keep these jobs while also implementing conditions that respect the most basic human dignity of the workers and longterm health of this planet we all call home,” said Andrew Morgan, post production — he was director of  The True Cost. “I can think of no other industry today that so clearly forces us to face the implications of globalization, human rights, women’s rights, and the environmental collision course we’re on,” he added.

The risks of the flawed supply chain are ultimately carried by those most vulnerable and at the bottom, who have no alternative but to be a part of it. They are the ones paying the price for the cheap clothing we buy. However, the industry is slowly but surely changing, starting at the top. There has been an apparent, albeit slow, shift in the effort to change these manufacturing practices. Kering, the company behind top designers including Stella McCartney have paved a new path in the fashion world, to sustainability. Earlier this year, Burberry announced plans to invest £50 million to expand and move most of its production to the North of England. People Tree, Brooks Brothers and Zady are brands catching up with category leader Reformation in the sustainable style race.

Olaf Schmidt, vice president of textiles and textile technologies at Messe Frankfurt, one of the world’s largest trade fair companies, organizes the Ethical Fashion Show in Berlin and praises the fact that sustainability is now becoming a cornerstone for a growing number of shoppers. “Consumers now have a broad range of contemporary fashion brands rooted in sustainability to choose from. For instance, at our trade fairs, more than 160 labels exhibit their collections every season and work in a sustainable and transparent manner.”

Because the biggest step towards sustainability and humanitarian-inspired shopping can only be taken by the consumer. The “Made In USA” label may come at a higher price, but it definitely is the more ethical one. 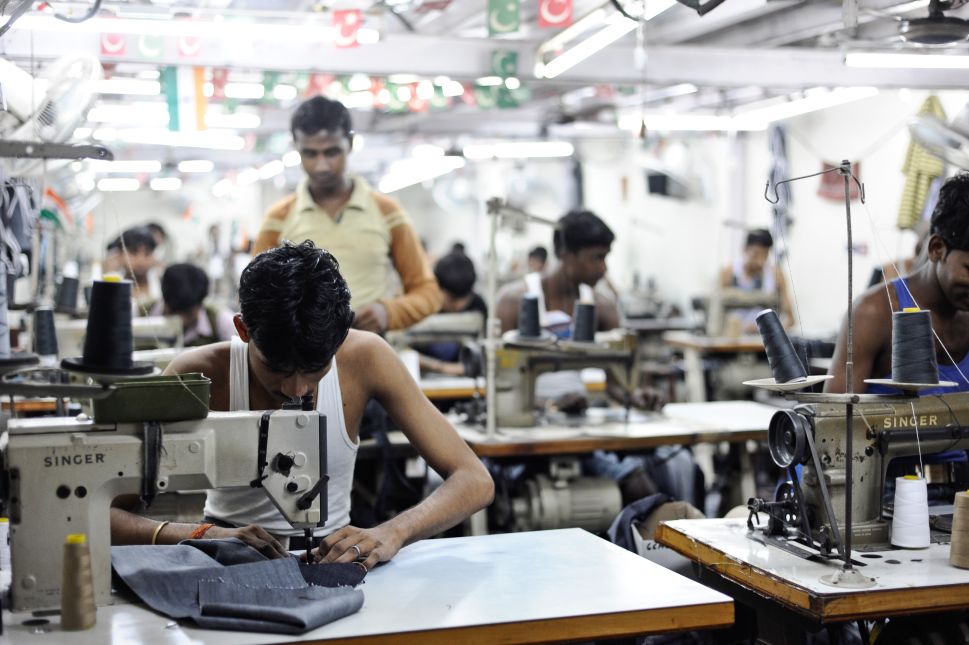 Filed Under: Lifestyle, Fashion, Feature, fast fashion, made in america