The co-founders wanted to change the way people perceived men doing yoga, including their former selves. Eckert started his yoga practice in 2006, after a physical therapist recommended it based on his extreme sports injuries. “My perception was that it was mainly something women did and that it wasn’t that difficult. Man, was I wrong on both of those points,” he admitted.

Kozm’s mission is to be fair to people and the planet. That means their goods are upcycled, repurposed and made with recycled blends. They were inspired by Patagonia and Levi’s, and modeled their own transparency and sustainable business practices on theirs. And, the brand gives back: Five percent of proceeds are donated to the Warrior Spirit Retreat, where wounded veterans practice yoga.

As more and more athleisure companies pop up for women, men are getting their own brands, including underwear specifically designed for lifting. But the options for men are still limited, which Kozm hopes to amend. Eckert formerly wore board shorts and t-shirts, but found they weren’t right for the types of activity he was doing.

“When I decided to shop around, on a search for products that might be better suited for my practice, I realized I didn’t personally connect with much; from aesthetic to business ethics. I kept looking and came up short. That’s what really sparked the idea to do something on my own,” he told the Observer. Kozm even designed their tees with an anchor that connects the tees to the shorts, for easy inversions.

Kozm doesn’t just want to be remembered for making yoga clothes. “At the end of the day, we really want to do things the right way and with good intentions. If there was one thing I learned from my days in the action sports industry, it was to do things with passion and remember to have fun with it.” 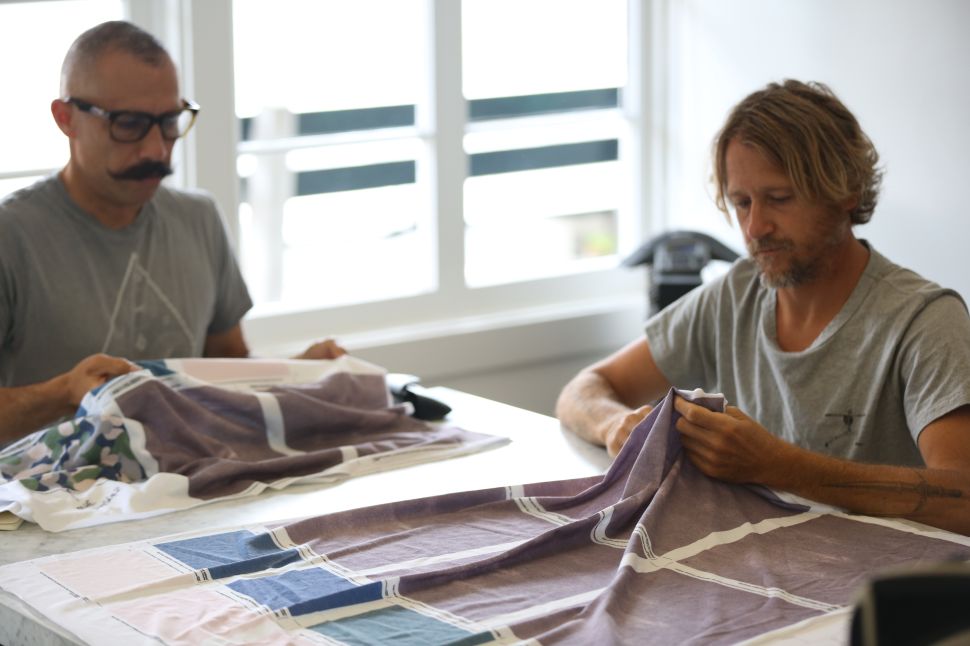