In bloom: Michael with his namesake orchid today at the Singapore Botanic Gardens. #KorsSingapore

Michael Kors‘ name adorns handbags of his own design, an award at the Golden Heart Awards, and the building of a major non-profit in New York City (that would be God’s Love We Deliver, in case you were wondering). Now, even a flower has been given the hallowed name of Michael Kors.

To be specific, it’s an orchid of the dendrobium genus and it appears to be a delicate purple blossom. Yesterday, Kors (both the plant and the designer) were celebrated at an event held at the Singapore Botanic Gardens, obviously in the National Orchid Garden. On hand for the celebrations were Kirk Wagar, the U.S. Ambassador to the Republic of Singapore, and Serene Tan, a member of the Singapore Tourism Board. The designer also happened to be in town to celebrate the opening of his flagship store in the Mandarin Gallery. That opening party was a bit of a flashier affair than this flower party, as it was attended by Kate Hudson, Jessica Gomes and a slew of Singaporean celebs. It appears that they all drank champagne, while Kors refused to take off his aviator shades.

If you think that Kors is the first luminary to be honored with an orchid in his namesake, you’re terribly mistaken. Elton John, Andrea Bocelli and Jane Goodall have all received the honor, in addition to Kate Middleton and Prince William. However, that doesn’t mean these individuals are any more adept at keeping an orchid alive than the rest of us mere mortals. 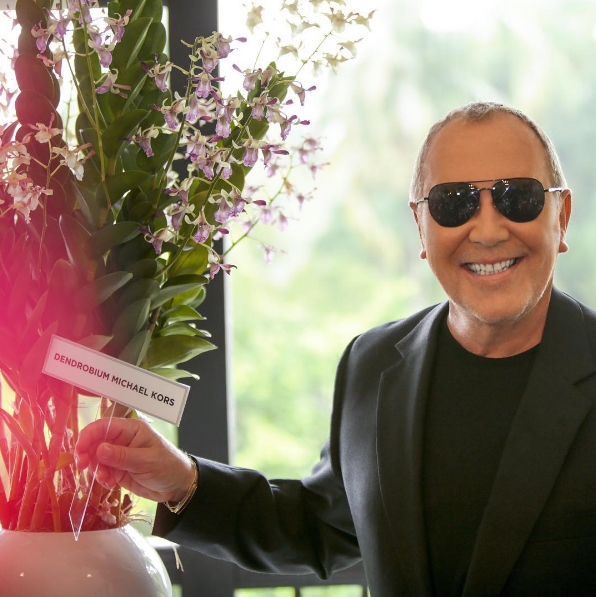