He’s running a vegan restaurant, Little Pine, in Silverlake, Calif., and basking in the pallid sun of Los Angeles winter. He’s happy to hole up at home in Los Feliz, making music that no one will ever listen to, which he says with a self-deprecating sense of humor. And after almost 40 years of playing concerts and selling tens of millions of records, he’s lately set his mind on a more humble goal: to never tour again.

“Apart from my baldness and mortality, I have no complaints,” he tells me.

This embrace of a low-impact existence should surprise anyone who remembers the many years when this 51-year-old DJ, songwriter, activist and restaurateur was regaled as the mainstream savior of electronic music. A Harlem-born hardcore kid who first cut his teeth in the early ’90s rave scene, by the end of the decade Moby expanded his sonic palette, savoring all flavors of electronica. And his name was always at top the lineup.

These days the ceaseless repetition of hopping from airport to hotel to stage and convincing people to buy tickets is a trip he’d rather avoid. There are enough middle-aged musicians touring every year—he doesn’t want to crowd the field, he says. It’s a self-defeating cycle, an Ouroboros.

There are larger cycles on Moby’s mind, too, which become of primary concern on his newest release, These Systems Are Failing. It’s a gleeful, synth-laden rave workout, backed by a band called The Void Pacific Choir that channels the most sublime of ’80s Factory Records groups like New Order and The Happy Mondays into hyperactive, subversive peaks.

It’s also the most fun record with an accompanying manifesto you’re ever likely to hear. Shared as a YouTube video, Moby’s narrative remembers when man triumphed over nature, when science and industry saved us from early death and disease. We won, but for some illogical reason, we kept going.

It’s a grim but ultimately hopeful message, an extension of the environmental and animal rights causes he’s supported for years that broadens his scope of concerns to examine the interconnectedness of infrascrutrural food chains. Fifteen albums later, it’s also the first time Moby’s fully channeled his activism into a music project.

“My heroes, whether Neil Young or Chuck D or Joe Strummer, were really good at writing issue-oriented music,” he says. “At this point I have to make everything for me, because the amount of compromise involved in making something commercially viable would make me so sad and uncomfortable. Fifty-one-year-old musicians should not be seeking pop relevance. There are a lot of musicians, writers, actors, public figures who don’t go gently into the good night, who get the hair implants and date the much younger people. I don’t want to judge it or criticize it, but it feels like such an anemic compromise. It’s distasteful.”

Liberated from the confines of commercial aspiration, his lifelong social concerns soon crystalized into a new, grander narrative—there’s a movement happening, and we ought to embrace it. “The systems are failing,” declares the manifesto. “Let them fail.”

“I feel like up until the early 20th century nature had been the enemy,” he says. “People were dying of cholera, people were dying of starvation. Nature seemed like this malevolent thing, and really the sort of cultural and corporate ethos of the 20th century was to kind of subdue and defeat and improve upon nature. In the ’50s and the ’40s when corporations said that they were improving on nature, people naively believed them. And now when we see corporations saying they’re improving on nature we know that they’re just being disingenuous corporate shills.”

We can credit that first shift to the ’60s. Rachel Carson published Silent Spring, her landmark exposé on the destructive effects humans were having on nature, in ’62. Meanwhile, the Vietnam War woke up a generation of young people to the fact that our government was sending them off to die for profit.

The underlying cynicism borne from these systems—from the destruction of the environment to the war machine—is an inherent trust in the powers that be. “People had this implicit faith that leadership was informed and looking out for everyone’s wellbeing,” says Moby. “And then something changed, and now we know that the people in charge are primarily self-interested.”

Moby hangs on the concept of blind faith in our leaders for a moment—for him, it brings the conundrum of this recent election to a head. And it starts with an examination of how the image of a leader is fed to us through storytelling.

“Not only is Trump foul, but he’s also a terrible businessman,” he says. “And I feel bad condemning this human being, but I don’t think he’s actually human. There’s this question of how tens of millions of Americans think that he would be a capable president, and it goes back to this idea that he presents himself as a leader. There are still people in the United States who don’t have that distrust of leadership. So they assume if this man presents himself as a leader, they just fall in line, in lockstep.”

When this happens, Moby theorizes, the facade of leadership becomes a brand unto itself, part of a system more rooted in narratives we tell ourselves than reality.

He understands that Trump’s America may never have read Rachel Carson or listened to Crosby, Stills, Nash and Young. But he’s also optimistic that no matter what successes such conspiratory, paranoid narratives accomplish in the short term, reason will eventually prevail.

Moby’s putting all of his chips on reason this election, too. He’s released two non-album tracks, “Trump is on Your Side” and “Little Failure,” to the anti-Trump nonprofit 30 Days, 30 Songs project, which features unreleased music from a new artist every day in the month leading up to today’s election. He’s also appearing in a “We Are the World” style parody on Funny or Die, “HOLY SHIT (You’ve Got to Vote).”

“I was thinking of the MLK Jr. quote, ‘The moral arc of the universe is long, but it bends toward justice,’ ” he says. “And I think you can replace justice with other words. It bends toward reason as well.”

Political narratives, as seen throughout this painfully drawn-out election cycle, have little concern for reason. So even though it comes as no surprise that Moby’s progressive values fortify him with the understanding the investment in renewable energy is a logical, reasonable solution, he’s not deluded enough to think that such ideas sell themselves.

“One of our failings [on the left] has always been [the belief] that because our ideas are better we don’t have to sell them,” he says.

“It’s the equivalent of a really great band just putting their record out there and not promoting it. They believe that their record is so good it would be distasteful to actually promote it to someone. There’s this sad belief on the left that the primacy of their ideas is all that they need to concern themselves with. And clearly they’ve gotten better, but in a very reductionist way if I look at narrative, there’s a subtext to it—on one hand, human beings love shiny drama, and we hate banality. So usually the candidate who wins is the shiniest, the one who has the best story.”

This feeds back into the story of These Systems Are Failing when you consider how much power a narrative can yield. Even though the album’s narrative is a bit fragmented—he calls it a “weird polyglot approach where there’s some sloganeering, there’s some spirituality, there’s some politics, there’s some personal angst”—all paths ask the listener to evaluate what’s rational.

“The paradigm shift that we’re experiencing is simply applying rational criteria to the things in our lives,” says Moby. “And that’s the idea of the record. Ultimately humans want to do things the best way, but they get blinded by tradition, comfort and habit. What we can hope for is that we figure out a better way of doing things before the current way of doing things destroys us.” 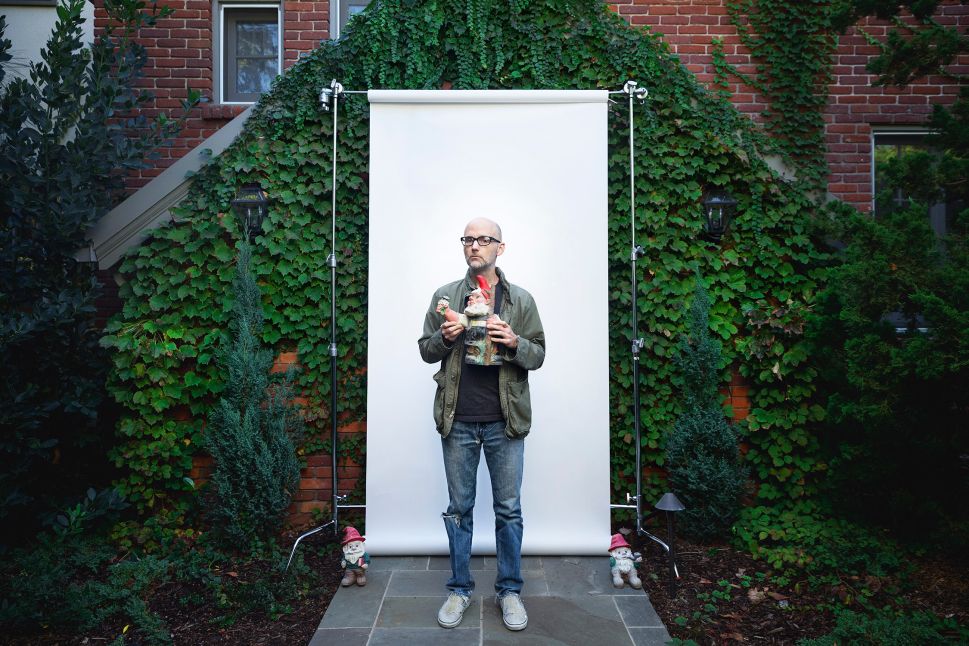