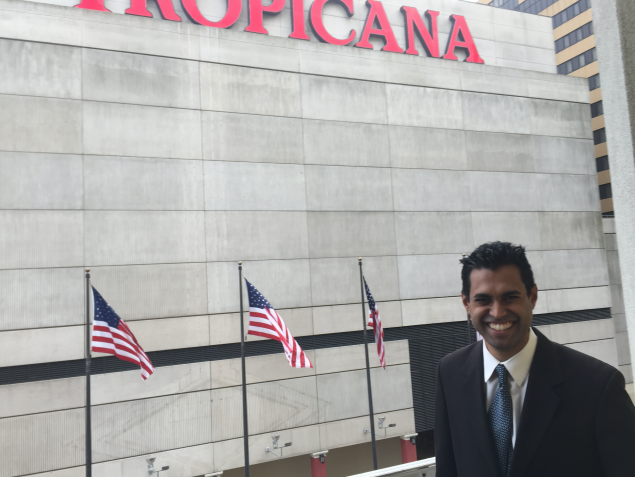 Monmouth County Democratic Chairman Vin Gopal weighs in on his party’s mixed results in 2016 at the start of the League of Municipalities conference in Atlantic City. JT Aregood for Observer

ATLANTIC CITY — Democrats may still be reeling from their surprise loss in the presidential election, but the chairman of New Jersey’s Monmouth County Democratic organization believes the inroads his party has made will remain despite the one-time casino magnate’s. Vin Gopal has led his organization to important statewide and municipal victories in recent years, but said at his kickoff party for the annual League of Municipalities conference that Trump’s populist appeal overwhelmed his county ticket last Tuesday.

Speaking on the balcony of the Trump Tropicana Casino’s Cuba Libre restaurant, Gopal said he is proud to have helped the Monmouth Democrats rack up municipal victories this year despite his county slate’s defeat. His veteran-heavy ticket for sheriff, county surrogate and the  freeholder board went down by about 20,000 votes for a 54-46 Republican victory.

His ticket turned out to be outgunned by Trump turnout, a wave of support he described as the biggest presidential victory for a Republican in the county since Ronald Reagan in 1984. Monmouth had looked like one of N.J. Democrats’ chances at winning county seats when polls and pundits were still convinced of a victory for Hillary Clinton, who carried the heavily blue state but failed to drive turnout in Republican areas like Monmouth, Somerset and Atlantic Counties.

“We didn’t lose a single Democratic incumbent anywhere in the county this year while Donald Trump won by 31,000 votes in Monmouth County, which is the highest margin of any Republican presidential candidate in over 30 years,” Gopal said.

“Despite that we’re excited. We’ve got a new mayor in Howell, a town that Trump won with 6,000 votes,” he continued. “We took Democratic majorities in Red Bank, Eatontown, Shrewsbury, Matawan. Republican majorities ended in Sea Bright. So we’re going to continue to move the ball forward.”

Gopal has good reason to start strategizing for 2017, a gubernatorial year when first-term Assembly members Joann Downey and Eric Houghtaling will be up for reelection after unseating their Republican predecessors in 2015’s biggest upset.

Gopal is also hoping that Monmouth resident, former U.S. Ambassador and odds-on gubernatorial favorite Phil Murphy will help drive turnout when his organization lights on a challenger to State Senator Jennifer Beck, who announced her reelection campaign that same day.

More mayoral and council seats, he said, will also be in the Democrats’ crosshairs. But he believes Trump’s victories in N.J.’s Republican strongholds simply underscore the billionaire’s upheaval of the electoral map nationwide.

“We outperformed the top of the ticket, significantly,” he said of this year’s county-level disappointments. “There’s not much you can do when Trump is winning towns like Hazlet by 3,000 votes and 4 years ago Barack Obama lost that town by 100 votes.

“Donald Trump almost won Maine and Minnesota. Those aren’t even swing-votes. He won Wisconsin, he won Pennsylvania, he won Michigan. I think that’s the greater thing.” 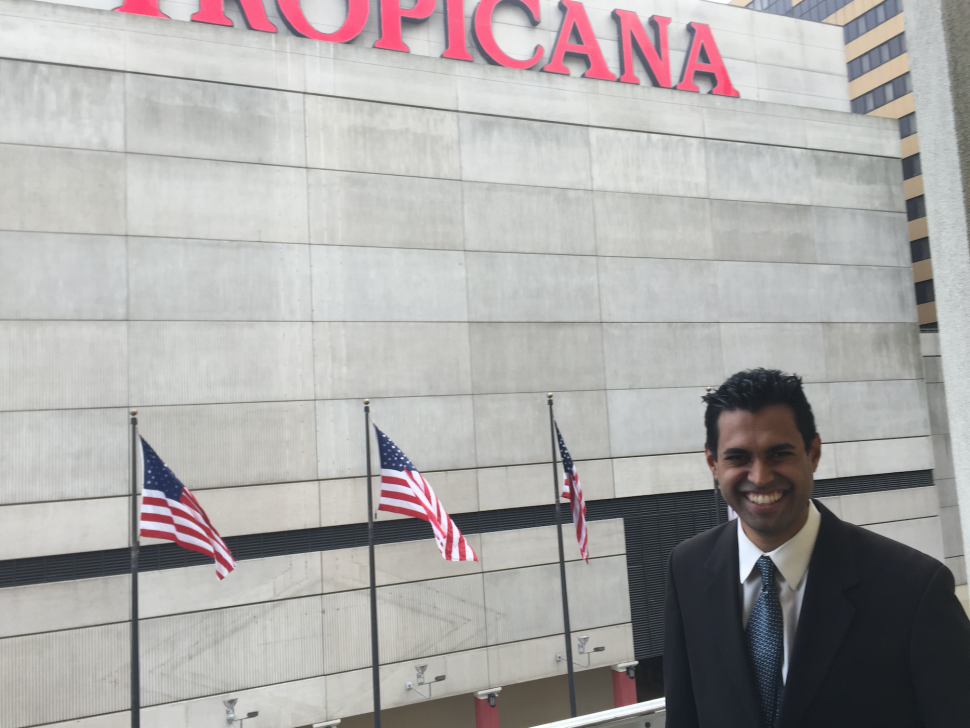