Hillary Clinton leads Donald Trump by 6 points among likely voters, according to today’s Monmouth University Poll. This is down from the 12 point lead she had in mid-October but slightly larger than the 4 point lead she had in September. Very few voters, though, say that they have changed their vote because of breaking news in the last several days.

The latest Monmouth University Poll also finds the vast majority of voters believe that the election outcome will be determined fairly rather than because the system was rigged.

Currently, 50% of likely voters support Clinton and 44% back Trump, with 4% supporting Libertarian Gary Johnson and 1% backing Jill Stein of the Green Party. Clinton held a larger 50% to 38% lead before the final presidential debate in mid-October and a slimmer 46% to 42% edge right before the first debate in late September.

Only 4% of registered voters say they learned something in the past ten days that caused them to change their vote. The major movement was a drop in the number of undecided and third party votes and an increase in Trump support.

A key finding in the poll is that Clinton’s vote share continues to hover near the 50 percent mark while Trump’s support has been more volatile.

A very small number of voters anticipate a rigged election despite all the buzz about this being a concern.

It is a telling sign of the sad state of this election that nearly half of both Clinton and Trump voters seem to want a do-over for their party’s nominee. 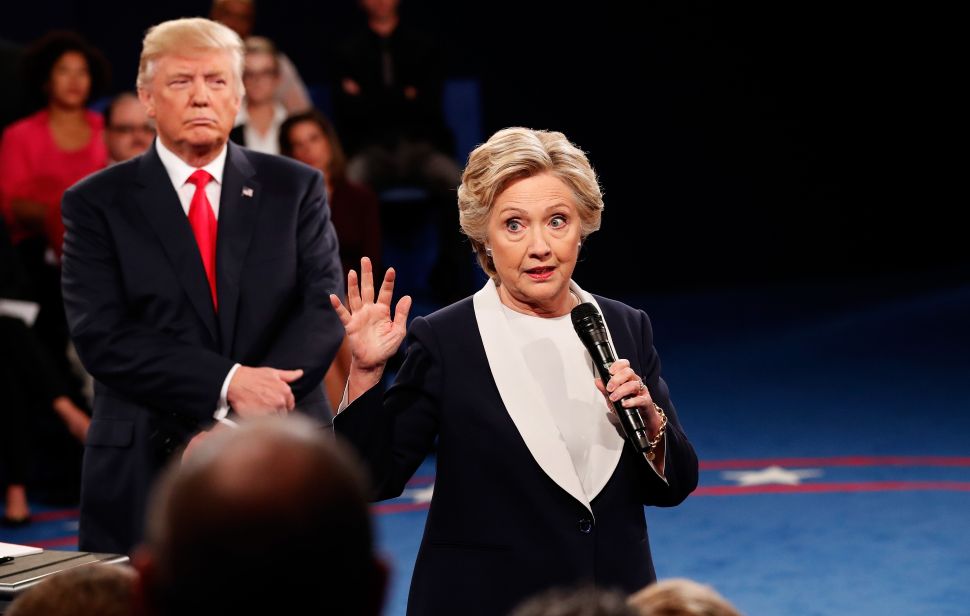