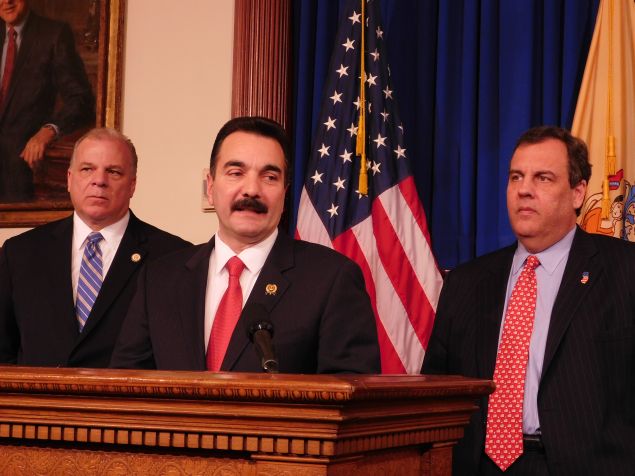 TRENTON — Just months after Senate President Steve Sweeney declined to post a bill that would have effected the change with a voter-approved constitutional amendment, Democratic lawmakers in New Jersey passed a plan to require the state to make payments into its underfunded public pension system on a quarterly instead of annual basis. Having passed with an overwhelming 35-0 majority in the State Senate and a 72-0 majority in the State Assembly, the plan will now go to Governor Chris Christie’s desk.

Christie has already vetoed the proposal twice, but Sweeney said before Monday’s vote that the governor has been more receptive to the plan in their recent conversations about the bill. Sweeney, fearing that the ballot question would go down at the polls this year, declined to bypass the governor through constitutional channels—much to the outrage of public unions in the state.

Monmouth University pollster Patrick Murray said the he believes Sweeney’s reposting of today’s bill in the Senate shows that the Democratic majorities in both houses could be emboldened to override the governor if he vetoes the plan again. Though Democratic lawmakers have never overridden Christie, the Senate voted to override his veto of a gun control bill in 2015 before that effort failed in the lower house.

“It’ll be interesting to see what the governor does,” Murray said. “But this unanimous support does give Sweeney a little bit more leeway in trying to then go back down the constitutional amendment route.

“Sweeney himself is saying he thinks the governor is more receptive to this than he was last year. This governor has surprised is many times, he’s surprised his fellow Republicans many times, with what he has been willing to do,” he continued. “Whether it’s a constitutional amendment or an override, I guess the sense is that the reason Sweeney posted it now is that they should be able to pass it one way or another.”

In a statement after the vote, Sweeney called the bill an important step toward funding the state’s pension obligation to workers and retirees who have paid into it themselves.

“Quarterly pension payments by themselves do not solve the state’s pension crisis but this is an important step in cutting the unfunded liability and reducing the amount of money taxpayers will have to pay into the pension system in the future,” Sweeney said in a statement. “This will help make the pension funds healthier with scheduled payments that will generate financial returns. This is about living up to our commitments but it is also the best way to serve all taxpayers.”

“The Assembly has long supported this concept, including sending it to the voters this year for consideration,” Prieto said. “New Jersey’s public servants who have done their part deserve better than repeated broken promises, but this bill would at least represent progress toward a more fiscally responsible approach.”