Those initial emails led to the resignation of DNC Chair Debbie Wasserman Schultz and other top DNC staff for overtly violating the charter by working on behalf of the Clinton campaign against Bernie Sanders.

In response to the most recent WikiLeaks revelations, Sen. Sanders’ Latino strategist Cesar Vargas rescinded his endorsement of Hillary Clinton. “Bernie Sanders was treated horribly by the DNC, the Clinton crew, and the Obama administration, and by proxy, many of us were also stung,” he wrote in a recent article for the Huffington Post.” Without any apologies. In fact, we received nothing but contempt from the Clinton campaign and her surrogates. Then they expected us to fall in formation. Many of us did. I said I would endorse Hillary if she won the primary fair and square. And I did, but that was before I got a hold of all the highly unethical things that happened to get her to win.”

The newly released DNC emails provide further evidence of how the DNC, Clinton campaign, and mainstream media coordinated together to elevate Clinton’s candidacy.

“CNN is looking for questions,” read an April email between DNC staff asking to compile questions for CNN to ask Republican Sen. Ted Cruz in an interview. Questions for Donald Trump were also compiled by DNC staff to be asked on CNN. Emails from the DNC and Clinton campaign chair John Podesta have revealed how partisan CNN has behaved. A supposed media network and its journalists have been colluding behind the scenes with the DNC and Clinton campaign to propagate any preferred narrative of the Democratic Party.

In a recently-released email from Podesta, WikiLeaks revealed CNBC’s John Harwood asked Podesta what questions he should ask Jeb Bush in an interview. The interview was published in September 2015.

The Daily Caller first reported that Washington Post columnist Dana Milbank was fed Trump research from the DNC upon request for an anti-Trump article published in April.

The media’s unethical relationship has yielded no reprimand besides CNN severing ties with DNC interim chair Donna Brazile after emails revealed she forwarded debate questions to the Clinton campaign ahead of time. But CNN did so only to cover themselves, as they have yet to provide an explanation as to how Brazile acquired those questions in the first place.

Another DNC email revealed DNC communications strategist Deshundra Jackson had a mole contact in the Sanders campaign to provide her staff with information. “I pinged my friend on his campaign but she was let go a few days ago. I don’t have any other leads,” wrote Jackson in regards to what Sanders would be discussing at a press conference.

In early May, DNC staff members coordinated edits of Clinton email blasts with the Clinton campaign in an email chain. DNC staff was also invited to join the Hillary For America team on Slack around the same time, revealing that the DNC directly worked for the Clinton campaign before the Democratic primaries had ended.

The close relationship the DNC and mainstream media maintained with Clinton throughout the primaries is comparable to propaganda tactics employed in dictatorships. Hillary Clinton and her campaign subverted democracy in tandem with the DNC and mainstream media outlet to ensure her coronation as the Democratic presidential nominee. The stain left on democracy by this collusion won’t ever be forgotten by Bernie Sanders supporters. 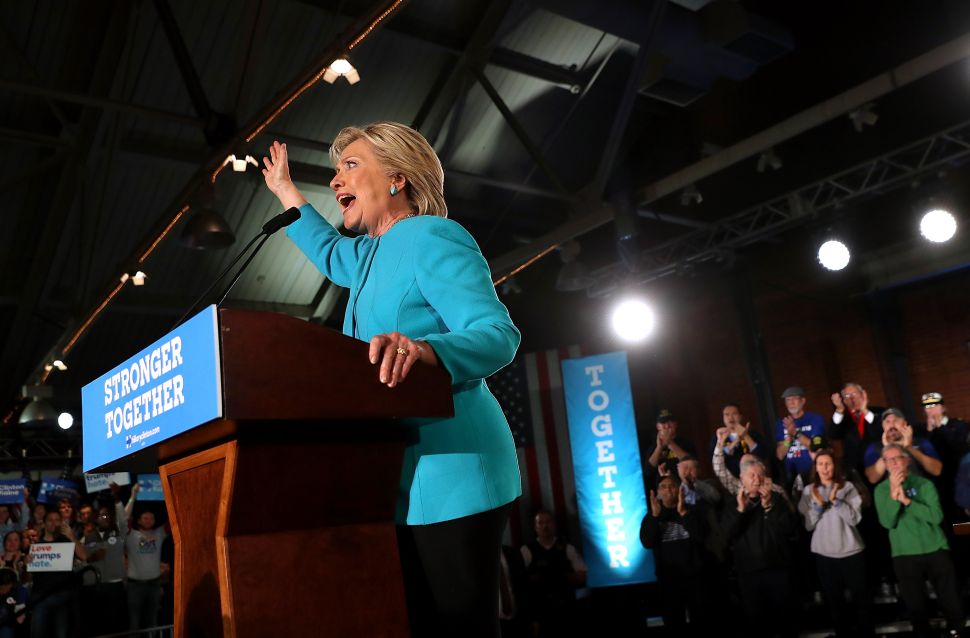