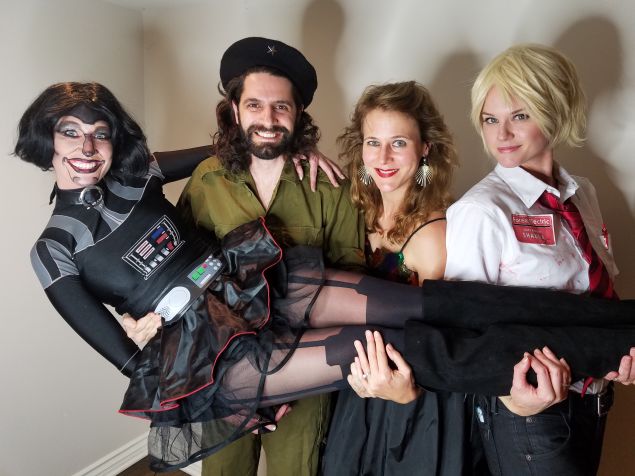 Jon Levy is one of the most popular names in New York City — or, at least, according to the Jon Levy currently introducing himself to a stranger at a Halloween warehouse party in Los Angeles. Also, Levy says, statistically speaking, all Jon Levys in New York are pretty much the same person. He would know; he’s a scientist of human behavior.

But he’s not spouting facts right now. He’s just making an impression. The woman shaking his hand is wearing a flight suit with a Top Gun badge on it and a small, silicone phallus hanging from its fly. Tonight, she’s “Maverdick.” And she seems to be up for adventure, which is why Levy approached. He could tell because of the amount of effort she put into her outfit, and its daring nature. This is just the sort of intangible intuition that has nevertheless been formulated by Levy for his new book, The 2 AM Principle (Regan Arts, out November 8), a how-to guide for having adventures. The research for the book took him to 12 countries last summer alone. “I expensed Almost Dying in Antarctica,” he joked before the party.

Levy, 36, works as a business consultant, synthesizing scientific research for brands. He’s also a PhD candidate, studying under the neuroscientist Moran Cerf at Kellogg. But he’s become a media darling — see Elle‘s most-eligible bachelor list of 2014 — for a different reason altogether. Levy has pointed his social-science nose toward the areas of influence and adventure, and has been living a life of nonstop adventures ever since.

He also hosts what he calls Influencers Dinners. Over the last few years, more than 800 taste makers have cooked dinner with him in his Upper West Side Manhattan apartment. On the list: fashion designers, NFL players, Nobel laureates, Academy Award winning directors, Olympic medalists, editors-in-chief, and royalty. Whether with icons, strap hangers, or strangers in whatever country he finds himself looking for a place to crash, Levy is good at making friends, and convincing them to do daring things.

“I thought, there might be a way that I could quantify everything I’ve learned about going out and connecting with people,” he says, recalling the genesis of the book. “And if I could put it into a model, then it could be something that teaches other people and inspires them. So then I laid out photos of all my greatest experiences from the 10 years before, and I literally searched for patterns. It was very clear that certain things emerged.” 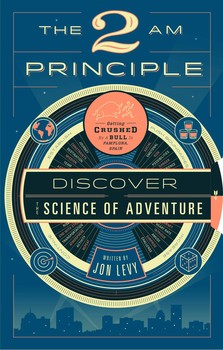 The 2 AM Principle lays bare his formula, and begins with a distinction. An adventure, as he sees it, must meet three criteria: it must be exciting and remarkable; possess adversity and/or risk (preferably perceived risk); and bring about personal growth, leaving the participant changed. He found research to confirm his theories, and then blended it all together with personal-escapade narratives (think: running with the bulls; gaining entry for his crew into a stranger’s limousine; or convincing a duty-free employee to fly to Israel with him, where they illegally jumped off of a bridge in their underwear).

To achieve Jon Levy–level adventure, just employ the dozens of tips and tricks in his book. You’ll need the right crew, specific goals, and a lot of creative pick-up lines. While hunting for adventurous types at the smoke-filled warehouse party, which was hosted by the screenwriter Max Landis, Levy employed a few of his favorite conversation openers, including asking someone to take a picture of him, and responding to a question in a stranger’s conversation as if he’d been asked.

‘Anybody can get laid,’ says Jon Levy, author of The 2AM Principle. ‘People can even pay for that. What you can’t pay for is pushing your own boundaries. You have to be the one to do it. I’m adventure driven, driven by social interactions.’

Is The 2 AM Principle like a pick-up-artist book but for making friends? “That’s fair,” he says, but explains that he doesn’t want to be associated with the PUA scene. “Anybody can get laid,” he continues. “People can even pay for that. What you can’t pay for is pushing your own boundaries. You have to be the one to do it. I’m adventure driven, driven by social interactions.”

Like the Prometheus of socializing, Levy is bringing the skill to the masses. But many who know how to make friends and influence people are too polite (or selfish) to explain the machinations behind their magic. Why reveal the tricks? “Because the magic is not in the trick, but in the connections that are made as a byproduct of it, and in the experiences,” Levy says. “A magic trick loses its luster when you know how it happens. But with human interactions, the magic occurs when the connection is made. It doesn’t really matter if you know how it happens. You still had an incredible night out.”

There was plenty of friend-making at Landis’s party. There was also a pair of bouncers who, after having to rely on IMDb more than once as a form of ID, started using personal judgment of costumes as criteria for entry. And there was a DJ who interrupted the music to lead the crowd in singing — ironically, one assumes — the Happy Birthday song to “our Lord and savior Jesus Christ”. Then he played a song from The Lion King while Landis pantomimed the roles. The party was exciting and remarkable. But, in the end, it was not an adventure and didn’t appear to have the potential to lead to one. “There isn’t anything to push me out of my comfort zone,” Levy says. “A night can be wonderful without being an adventure.”

He scanned the crowd one more time, to be sure. Then we said goodbye: to Maverdick; to Taco Bell guy; to the comedian dressed as an overpriced Gelson’s bouquet; to the actress who was Shauna of the Dead; and to the guy who’s costume was just someone trying to sell you his screenplay, replete with screenplay. There may have been a specifically LA reason why this wasn’t the sort of scene that pushes people beyond their boundaries.

When asked about the differences between seeking social adventure in New York and in LA, Levy has several thoughts. The great distance between destinations in LA doesn’t lend itself to easy interaction. Further, Angelenos don’t really come into contact with any wide-eyed tourists, who can often be a trigger for taking risks. He also notes, “In New York, there’s more of a culture of oddball activities. There’s this underlying creativity and experimentation in social interaction that I haven’t seen in LA. In LA, the remarkable factors tend to be celebrity driven. I’ve literally been told, ‘I think you’re the first scientist I’ve ever met.’ ”

It’s true that entertainment-industry types are often looking to meet people who can help them in some way. “I don’t provide the traditional value that some people here are after,” Levy explains. “It’s the difference between being useful and interesting. So I have to be that much more interesting.” 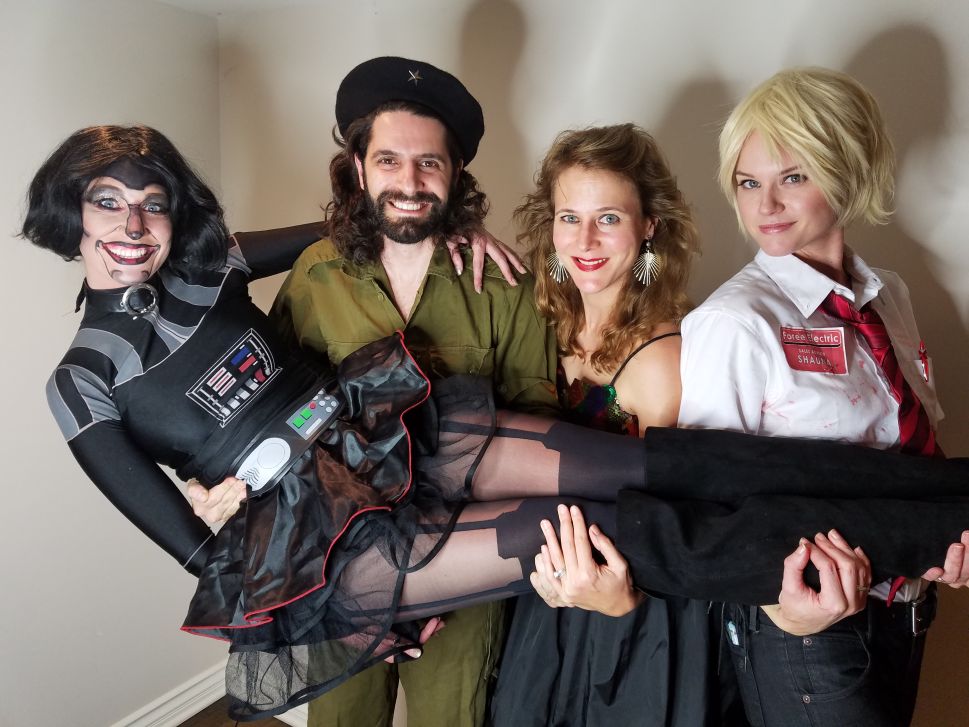