In your public address on November 21, you referred to the fear and dismay New Yorkers are feeling since Donald Trump’s election. You vowed to resist any federal policies that violate New Yorkers’ rights, interests, or values. You called this “a moment when New York City needs to stand tall. We need to stand together.” Noting that present circumstances are “as unprecedented as they are gloomy and painful to contemplate,” you suggested that, “New York, as a Free City, may shed the only light and hope.”

Oh wait, you didn’t say that last bit. That was your predecessor Mayor Fernando Wood, speaking after the election of Abraham Lincoln 156 years ago. But maybe his notion of New York’s seceding from the Union to become a free and independent city-state is worth revisiting.

In 1860, the majority of New Yorkers detested Abraham Lincoln and what they believed he stood for. We did a lot of business with the South and the city voted against him. When he was elected—just barely—many New Yorkers foresaw disaster for our city.

In December 1860, Southern states, convinced that President Lincoln would try to make them give up their slaves, started to secede. New York businessmen, who conducted huge volumes of trade with the cotton-growing South, were cast into deep despondency. They feared that Southern secession, and the armed conflict that would surely follow, would bring economic catastrophe to New York. So Mayor Wood suggested that if the cotton states were leaving the union, we should tag along with them.

Okay, we were wrong about Lincoln, and wrong to ally ourselves with the slave states. But we’re not wrong about Donald Trump. America and the world may know a thing or two about the president-elect, but nobody knows him longer or better than New Yorkers. We’ve suffered his ego, his arrogance, his narcissism and vulgarity for decades. We voted against him 4 to 1. We only voted 2 to 1 against Lincoln.

As you noted, we are a strong, vibrant, diverse community of 8.5 million. There are more than 130 nation-states around the world with smaller populations, including Israel, Ireland, Denmark, and Bahrain. We are the banking and finance capital of the world. We have one of the world’s finest seaports, and many of the world’s best minds. And as the Observer reported earlier this year, New Yorkers send Washington far more in federal income tax than the city gets back. Federal funding now represents less than 10 percent of the city’s annual budget.

As a free city-state, we could maintain strong and friendly relations with the civilized world, including outposts of enlightenment on this continent. You said last week that we must set the example. Yes, let’s. The Republic of California has been threatening to break away for years. Maybe if we go, they’ll follow. No doubt the Conch Republic will come along. And what of Washington, D.C.? They voted almost unanimously against Trump. He could be forced to move the seat of his government to Bedminster.

There would be small but delicious pleasures. When he wants to spend the weekend in Trump Tower, we can hold him up at the border processing his paperwork until Monday morning. And when we explain to people from the rest of the world that he’s not our president, which we’ll have to do every five minutes for the next four years at least, we can really mean it.

Also, if Staten Island still wants to secede from our city, it’s only fair play to let them. But say bon voyage to free ferries.

Think about it, Mr. Mayor. Your address indicates that you’re already halfway to Nexit. Let’s take a bold, New York-style leap, and give Trump’s America the Bronx cheer.

John Strausbaugh is the author of City of Sedition: The History of New York City during the Civil War 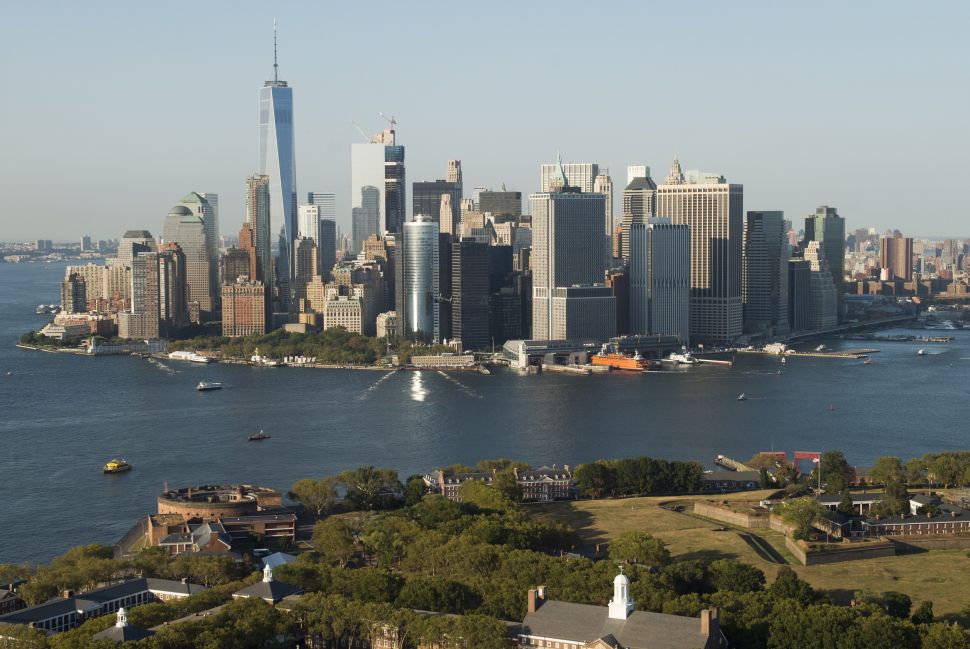