It’s the end of the week in New Jersey, and Lt. Gov. Kim Guadagno has learned that even though his political capital has evaporated, if you cross Gov. Chris Christie he will get his revenge.
The governor bumped his number two – who had come out against the increase in the state gas tax and is likely planning her own run for governor – from giving the keynote address at the state League of Municipalities Conference. Christie spoke instead and  used the occasion to defend raising the gas tax  and acknowledge he will likely remain in New Jersey to finish out his term as governor.
Christie did not use the Atlantic City event to discuss the state takeover of the city’s finances or the news that as taxes rose and incomes remained stagnant, hundreds of thousands of residents fled the state last year.
In other news, a Morris County hospital has decided it is no longer a good idea to perform medical training on live dogs, it looks like the state will be dropping its ban on stun gun ownership and the owner of a politically connected firm is getting out of prison after serving six months of his four-year sentence.

Quote of the Day: “I have no reason to believe as we stand here today that I will do anything other than serve out my full term as governor and turn the keys to the office over to whoever you select in November 2017 to replace me,” – Gov. Chris Christie.

Did Christie veto big Guadagno speech at the last minute?
Lt. Gov. Kim Guadagno was ready to give the keynote speech at the annual New Jersey State League of Municipalities conference, just like she has for the past three years.
Matt Arco, NJ.com Read more

With Guadagno looking on, Christie defends gas tax hike in speech to municipal officials
With Lt. Gov. Kim Guadagno, who publicly opposed him on the issue, looking on silently, Gov. Chris Christie delivered a speech Thursday to hundreds of local officials in which he defended his decision to raise the state’s gasoline tax.
Matt Friedman, Politico Read more

Christie, in Atlantic City, avoids talking about takeover
The timing of Gov. Chris Christie’s speech had all the ingredients for a flash point moment in the state takeover saga.
Christian Hetrick, Press of Atlantic City Read more

A senior Trump official reportedly laughed at the idea of Chris Christie getting a role in the administration
New Jersey Gov. Chris Christie’s chances at a future in President-elect Donald Trump’s administration keep getting slimmer and slimmer. Days after Christie lost his position as chair of Trump’s transition team to Vice President-elect Mike Pence, NBC News reported that a senior Trump official “merely laughed” when asked if Christie might get tapped for a job in the administration.
Becca Stanek, The Week Read more

Christie: ‘No reason to believe’ he’ll leave job
After skipping the state League of Municipalities conference during his second term, Governor Christie abruptly returned to the annual meeting of local officials Thursday to defend raising the gasoline tax, boast of his bipartisan leadership and insist, amid heightened speculation, that he intends to finish his final year in office.
Dustin Racioppi, The Record Read more

Kushner reportedly settling score with Christie in transition fight
Shortly after Gov. Chris Christie launched his campaign for president in 2015, a lavish fundraiser took place at a block-long beachfront property on Ocean Avenue in Long Branch – but for the benefit of another candidate.
Bob Jordan, Asbury Park Press Read more

What’s next for Kushner’s Monmouth County properties?
Long Branch, the city which at one time was a favored seaside resort of presidents, can boast another presidential connection: Jared Kushner.
Dan Radel, Asbury Park Press Read more

5 reasons environmentalists fear President Trump
Add environmentalists to the chorus of New Jersey advocates who are pondering what a Trump presidency will mean for their field of work.
Russ Zimmer, Asbury Park Press Read more

227K residents moved out of N.J. last year — and 62K immigrants moved in
More than 200,000 residents left New Jersey last year, new Census data shows.
The state lost 17,000 more people than it gained back, as residents left for other states and overseas, according to the 2015 American Community Survey. The loss could signal potential future issues with its population and economy.
Erin Petenko, NJ.com Read more

Florio Not Worried About Trump’s Ideas
There’s at least one New Jersey Democrat who isn’t worried about whether President-elect Donald Trump will implement some of the controversial proposals he introduced on the campaign trail.
NJ.com Read more

Sanders may aid Wisniewski’s bid for N.J. governor
Sen. Bernie Sanders said Thursday he might support Assemblyman John Wisniewski’s bid to be New Jersey’s governor next year, but he testily rebuffed a question about the presidential prospects of Sen. Cory Booker, saying it was too early and the media should focus its energies elsewhere.
Herb Jackson, The Record Read more

Stun guns may soon be legal in N.J.
Facing a federal lawsuit from a Second Amendment rights group, Gov. Chris Christie’s newly-installed Attorney General Christopher Porrino has conceded that New Jersey’s ban on so-called “stun guns” is unconstitutional. He is also asking a federal judge for a meeting to settle the case and to be granted time to establish regulations governing purchase and ownership of the defensive weapons.
Claude Brodesser-Akner, NJ.com Read more

Gottheimer: Both sides want to break gridlock
After spending most of the week in orientation with about 50 other incoming House freshmen, split almost evenly between Democrats and Republicans, Rep.-elect Josh Gottheimer emerged hopeful.
Herb Jackson, The Record Read more

Morristown Medical abandons live-dog training use
Morristown Medical Center — facing heated controversy this week after billboards were erected accusing them of participating in offsite training procedures that used live dogs — announced on Thursday that it would abandon such training in the future.
William Westhoven, Daily Record Read more

Assembly to vote on extending Bridgeton’s UEZ designation
A bill that would extend the duration of certain Urban Enterprise Zones around New Jersey, including Bridgeton in Cumberland County, is being considered by the state assembly after passing the Appropriations Committee in October.
John DeRossier, Press of Atlantic City Read more 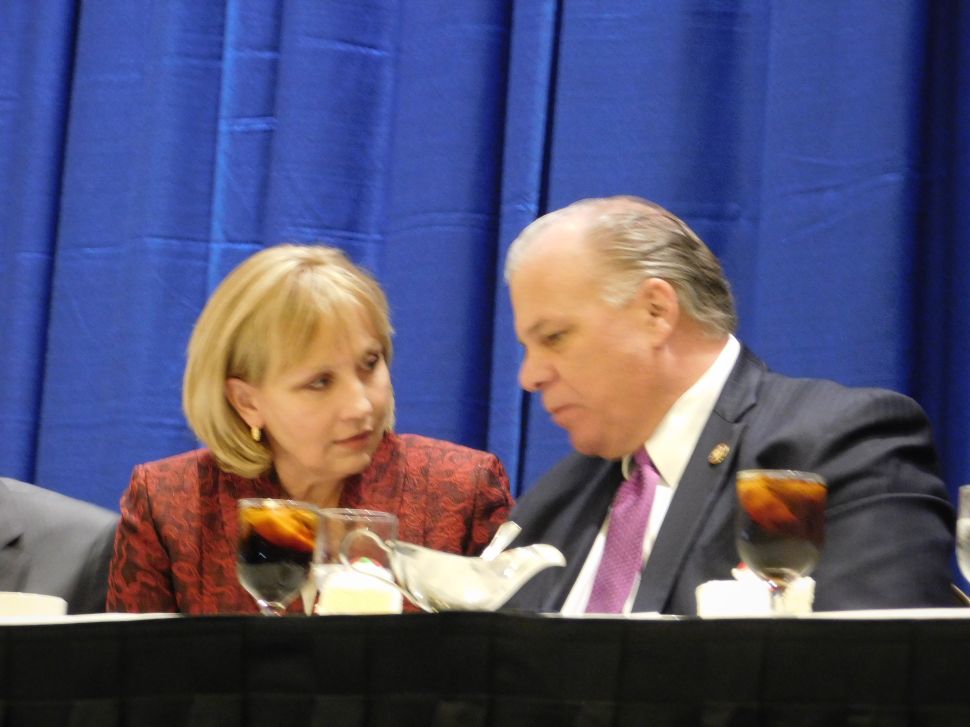