ObamaCare’s economic wreckage will insure President Barack Obama’s now classic promises regarding ObamaCare will eventually scar his legacy. History is written usually by the victors. In the case of ObamaCare, the economic losers are so numerous their bitter complaints will write the titles, fill the chapters and pack the footnotes.

Here are two examples of his great falsehoods:

He repeated  the “keep your doctor lie” the next day, in a speech to the American Medical Association.

“No matter how we reform health care, we will keep this promise to the American people: If you like your doctor, you will be able to keep your doctor, period.” President Barack Obama, June 16, 2009

The last link leads to the White House website.

Obama has managed to escape accountability for a deception that has damaged many middle class families. When he skated through the 2012 presidential campaign America had yet to feel the full extent of ObamaCare’s policy disaster.  Presidential debate moderators didn’t press him on the point. Obama could sell himself as hope.

It’s November 2016.  The empirical evidence is in. His “Keep you doctor” and “keep your policy” statements were blatant falsehoods.

Nancy Pelosi has evaded accountability for her infamous ObamaCare comment: “We have to pass the bill so you can find out what’s in it, away from the fog of controversy.”

Pass it to find out. How blithe and casual, but then she is a liberal Democrat who expects Ultimate Media Privilege.

I say it is reprehensible to gamble with legislation that would affect medical care, medical research and medical manufacturing in the U.S. Amalgamated, medicine amounts to roughly 16 percent of the U.S. economy.

The “fog of controversy” Pelosi disdained included political posturing—her posturing, for example. But in a healthy democracy controversy also includes rational discussion and reasoned analysis. In 2009 the Democrats had the White House. They also had the votes in Pelosi’s House and 60 votes in the Senate. They had what amounted to a “lock” on federal political power in the U.S. A lock is one thing, but in Barack Obama America also had a president who despised his Republican opposition. His personal contempt and disdain for Republicans was palpable. He brooked no discussion and refused to engage in any semblance of give and take politics. Reasoned analysis was something MIT’s Jonathan Gruber provided—not Paul Ryan.

One of the most pernicious lies spread by ObamaCare supporters in government—and the press—was that Republicans offered no ideas.

So Democrats rammed ObamaCare’s health insurance monstrosity down America’s collective throat. Not one single Republican legislator voted for the monstrosity.

But here’s the truth. Obama lied. ObamaCare’s about to die.

ObamaCare’s official name, The Patient Protection and Affordable Care Act, wages war on honesty. The ACA is not affordable. It doesn’t protect patients and certainly doesn’t protect their wallets. It’s lack of affordability and its bureaucratic incompetence ultimately limits and in many cases denies medical care to millions of Americans.

In Fall 2016 the press can no longer ignore ObamaCare’s looming failure.

“At least 1.4 million people in 32 states will lose the ObamaCare plan they have now, according to state officials contacted by Bloomberg…”

To summarize the Bloomberg analysis, ObamaCare gives Americans fewer medical insurance choices, not more. The remaining choices are more expensive. As a result, a large number of people are losing or will lose access to health care that was available prior to the ACA’s implementation.

“In North Carolina, for example, a BlueCross BlueShield insurer will be the only option in 95 of the state’s 100 counties after Aetna and UnitedHealth said this year that they would leave. That will leave 284,000 people looking for a new plan, according to the state….In Tennessee, UnitedHealth and the state’s BlueCross BlueShield plan are pulling back, and about 117,000 people will lose the plans…”

Bottom line: ObamaCare’s collapse not longer looms. It has arrived.

ObamaCare ought to teach politicians that fining people for failing to buy a defective product is a poor motivator. Whether the ObamaCare penalty is called a fine or a tax doesn’t matter to the middle-class wallet. Failure to buy what the bureaucrats call a qualifying policy extracts cash from American taxpayers.

How does a citizen object to what amounts to an opaque bureaucratic decision? Great question. We’ve passed the legislation but Nancy Pelosi herself cannot tell us precisely what’s in it.

In “The Federalist 62” James Madison argued that “Laws must be few, understandable, and stable.”

“The internal effects of a mutable policy are still more calamitous – It poisons the blessings of liberty itself – It will be of little avail to the people that the laws are made by men of their own choice if the laws be so voluminous that they cannot be read, or so incoherent that they cannot be understood; if they be repealed or revised before they are promulgated, or undergo such incessant changes that no man, who knows what the law is today, can guess what it will be tomorrow.”

ObamaCare “system picture” originally appeared in 2010 Investors Business Daily produced a “system picture of ObamaCare. The IBD link is no longer active. This one is.

The private sector rewards people who produce goods and provide services that solve problems or satisfy desires. Those who don’t struggle and fail. Not so in the government sector if an unrestrained and unaccountable political class  continues to support a failed program with taxpayer billions.

The War On Honesty hasn’t forgotten him. Here’s Genius Gruber proudly asserting that the American people are too stupid to understand what’s good for them.

According to Genius Gruber, the Obama Administration’s calculated lack of transparency helped pass the law.

In other words, bureaucratic jargon and tortured linguistic obfuscation allowed the Congressional Budget Office to avoid scoring the ObamaCare mandate as “taxes.”

Genius Gruber is admitting vague language is a bureaucratic tool waging war on honesty and deceiving the American people.

Genius Gruber made a lot of money as a paid consultant and an adviser on health care legislation. Vermont paid him $400,000.

He also had a $297,000 consulting contract with Health and Human Services which he did not disclose while publicly promoting ObamaCare.

Essentially, Genius Gruber got a paycheck for conspiring to commit a calculated intellectual and political deception. And he seems to be proud of it.

Ah yes, the website fiasco. The rollout was a study in incompetence.

The Democrats’ culture of crony capitalist corruption is part of the backstory.

According to the Daily Caller, the website contract was a $678 million no-bid contract given to CGI Federal, a company whose senior vice-president was a college chum of Michelle Obama.

According to the mainstream media Michelle is beloved. I’ll bet she’s beloved at CGI Federal.

One of the most pernicious lies spread by ObamaCare supporters in government—and the press—was that Republicans offered no ideas.

Note Reuters used the phrase “Less ambitious.” “More practical and more easily implemented” would have been a much more accurate assessment of the Republican alternatives. I know, that assessment would have violated the mainstream media narrative.

The list at the link, however, is accurate and fairly thorough, so Reuters deserves a thank you. I’ll quote four Republican ideas from the report that illustrate my point about practicality and comparative ease of implementation.

There were other Republican and bi-partisan suggestions, such as opening up Medicare with sliding scale premiums, co-pays and deductibles. In 2013 Dr. Ben Carson sketched a plan using medical savings accounts.

Carson also compared ObamaCare to slavery—hey, it was enslaving to force people to try to sign up through a malfunctioning website and then fining/taxing them for failing to do so.

Ah, Reverend Jeremiah Wright. In a diatribe he delivered September 16, 2001—in the wake of 9/11—Wright thundered “America’s chickens are coming home to roost.”

It was an ugly, crude, anti-American insult.

Now ObamaCare’s chickens have come home to roost. ObamaCare is an economic and political disaster  imposed by Barack Obama and his Democratic Party. Wright’s insult consisted of stupid words that can be mocked and ignored. Not so the roosting disaster of ObamaCare. It will take a decade and billions of dollars to repair. 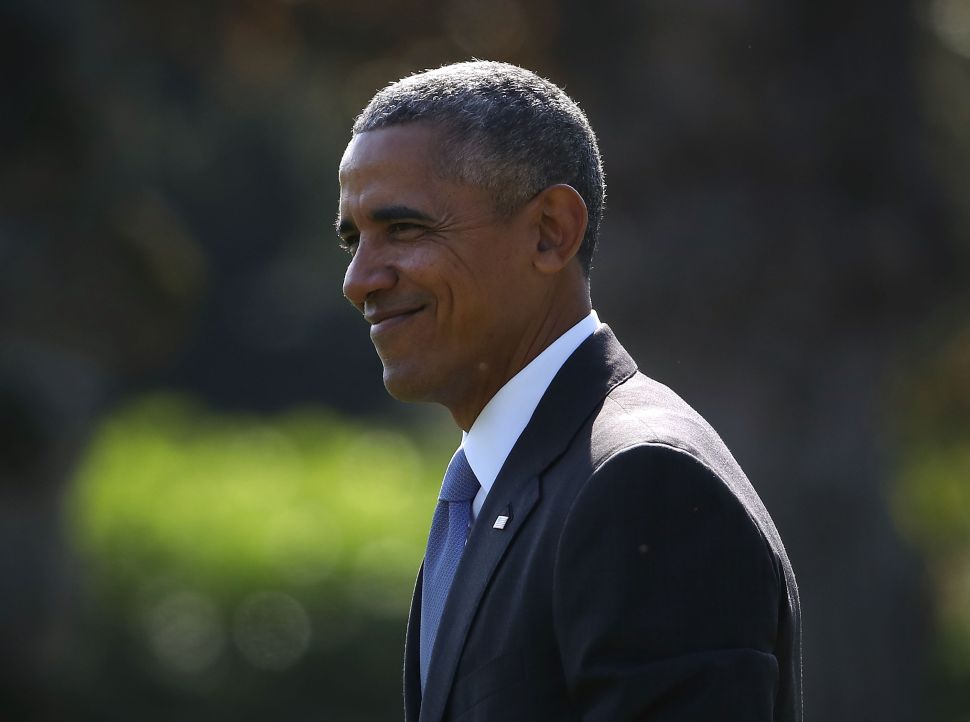