This past summer, I was deeply honored to have authored the Republican Party’s platform section expressing our unequivocal support for Israel, which included a key statement: “We reject the false notion that Israel is an occupier…” The moral clarity and overall sentiment expressed in this policy statement is critical for pro-Israel voters to keep in mind as they select their candidate, given Hillary Clinton’s frequent use of the term “occupier” and Donald Trump’s rejection of it.

“Occupier” is nothing more than a polite way of calling Israel a thief—suggesting Jewish invaders colonized territory belonging to the Arabs—and which therefore must be restored to its rightful, victimized owners. The term is intentionally misused against Israel in order to shape negative misperceptions of her history and legitimacy, while perpetuating a sense of Palestinian-Arab victimhood. To suggest that the Jews are occupiers in a region that has been known as Judea for 3,000+ years is no less ridiculous than to suggest that Arabs are occupiers in Arabia.

“Occupier” is a legal term whose definition does not apply to Israel under the law. Israel’s legal title and rights to all of its present territory stem directly from an act of international law made in the post-WWI San Remo Agreement, which was then further recognized and incorporated in subsequent binding acts, from the Covenant of the League of Nations all the way through Article 80 of the United Nations’ charter. None of the national and political rights thereby recognized as inhering in the Jewish People have ever been revoked, nullified or superseded by a subsequent act of international law.

The lie of occupation has become essential to anti-Israel forces in the Mid-East and around the world, as they persist in efforts to deny and undermine the rights—and indeed the very existence—of the Jewish National Home. As an example, one need look no further than the recent UNESCO resolution denying Jewish and Christian connections to Jerusalem.

The lie of occupation also gives Israel’s enemies a basis to justify terrorism as merely “resistance to occupation.” The anti-Semitic Boycott, Divestment and Sanctions Movement (BDS) uses the word as often as possible in its messaging, as it carries out acts of political and economic warfare upon Israel and her supporters. Thus, it is clear that promoting the common misrepresentation of the Jewish State of Israel as an occupier in the Land of Israel has become the primary anti-Semitic canard of the present generation, inherently accusing the Jewish People of territorial thievery. This lie whitewashes violence against Israeli Jews, and leads directly to the anti-Semitic delegitimization and demonization of, and application of double standards to, the Jewish State of Israel. Sadly, the casual and repetitive use of the term “occupier” by Israel’s enemies has led to its eventual acceptance and usage by the media, academics and even prominent policymakers like Hillary Clinton.

The peace process aimed at ending the Arab war on Israel was originally motivated by the basic idea that two incompatible peoples have unfortunately found themselves residing in the same space, and that it is desirable to see them disengaged for the sake of peace. This was the intention of President George W. Bush, and those Israeli Prime Ministers who chose the path of proposing a Two State Solution.

Those who listen carefully will find that, unfortunately, other leaders have emerged on the scene whose support for the peace process is instead predicated on a belief in the lie of occupation. This is the perspective of J Street, President Obama and Secretary of State Hillary Clinton, who regularly speak of Israel as an occupier and wrongly refer to parts of Israel as being territorially illegitimate.

It is one thing to advocate the Two State Solution as a matter of seeking peace, and entirely another when argued as a matter of belief in the lie of occupation. The difficulty in grasping this distinction has escaped far too many supporters of Israel, who unfortunately tend to believe that all who propose the same solution are relative and equivalent in their intentions. They are not. The forwarding of the Two State Solution by those who support the lie of occupation, like Hillary Clinton, simultaneously signals an inherent indictment of Israel as a guilty party.

Donald Trump rejects the false notion that Israel is an occupier, and wholeheartedly helped lead the important expression of policy made by the Republican Party Platform on the matter. He has repeatedly made the promise that as president he will recognize Jerusalem as the eternal and indivisible capitol of the Jewish State of Israel. On the other hand, former Secretary of State Hillary Clinton, the very architect of President Obama’s hostile foreign policy toward Israel, has a well-documented record of accusing Israel of being an occupier. Those who factor American support for Israel into their voting priorities would be well advised to consider what a difference a word can make.

Alan Clemmons (R – Myrtle Beach) is a member of the South Carolina House of Representatives. In 2015, he was the originating sponsor of the Country’s first anti-BDS legislation. 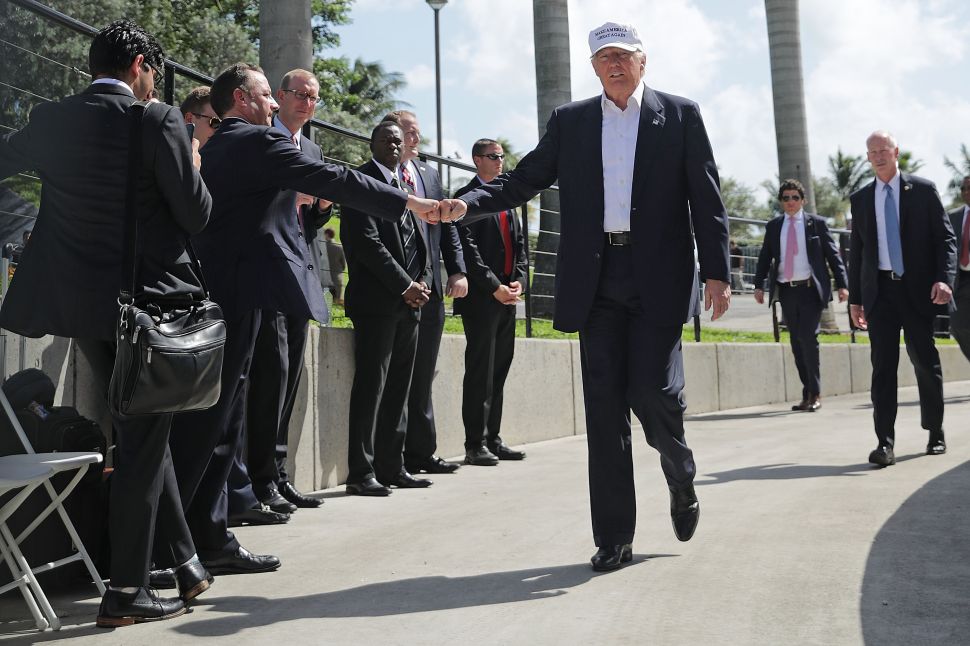