Decorated figure skater Timothy Goebel announced his retirement from the sport nearly ten years ago, in 2006.

Goebel won the Olympic bronze medal for the United States in 2002, and was known for his ability to land quadruple jumps. After retiring, he proceeded to attend Columbia’s School of General Studies, and graduated in 2010. He returned permanently to New York in 2014 and is currently working on getting his master’s degree at NYU Stern.

A few months ago, he got engaged to his longtime boyfriend, Thomas Luciano, and they’ve just landed a new $1.5 million two-bedroom, two-bathroom co-op on the Upper West Side.

The unit is located in a prewar building at 150 West 87th Street, and is newly renovated, per the listing shared by Compass brokers Stacey Froelich and Robert Godby.

There are hardwood floors and custom LED lighting throughout, as well as a chef’s kitchen with quartz countertops and backsplash, Italian lacquered custom cabinetry and stainless steel appliances, all of which leads to the open dining area.

Both of the full windowed bathrooms were redone in the renovation, which we assume was completed by the seller, Kristen Belfiore. The master is marble with Toto fixtures and a vanity, while the other features Caesarstone and a stall shower.

Even though Goebel announced his retirement from professional figure skating nearly a decade ago, he’s still involved in the sport, by coaching and working as a technical specialist. And if he gets the urge to lace up his own skates, he chose the perfect time of year to buy this apartment in New York. The Wollman Rink and Rink at Rockefeller Center have both opened up in the last month, so he can take his pick and grace residents with his quadruple jumps. 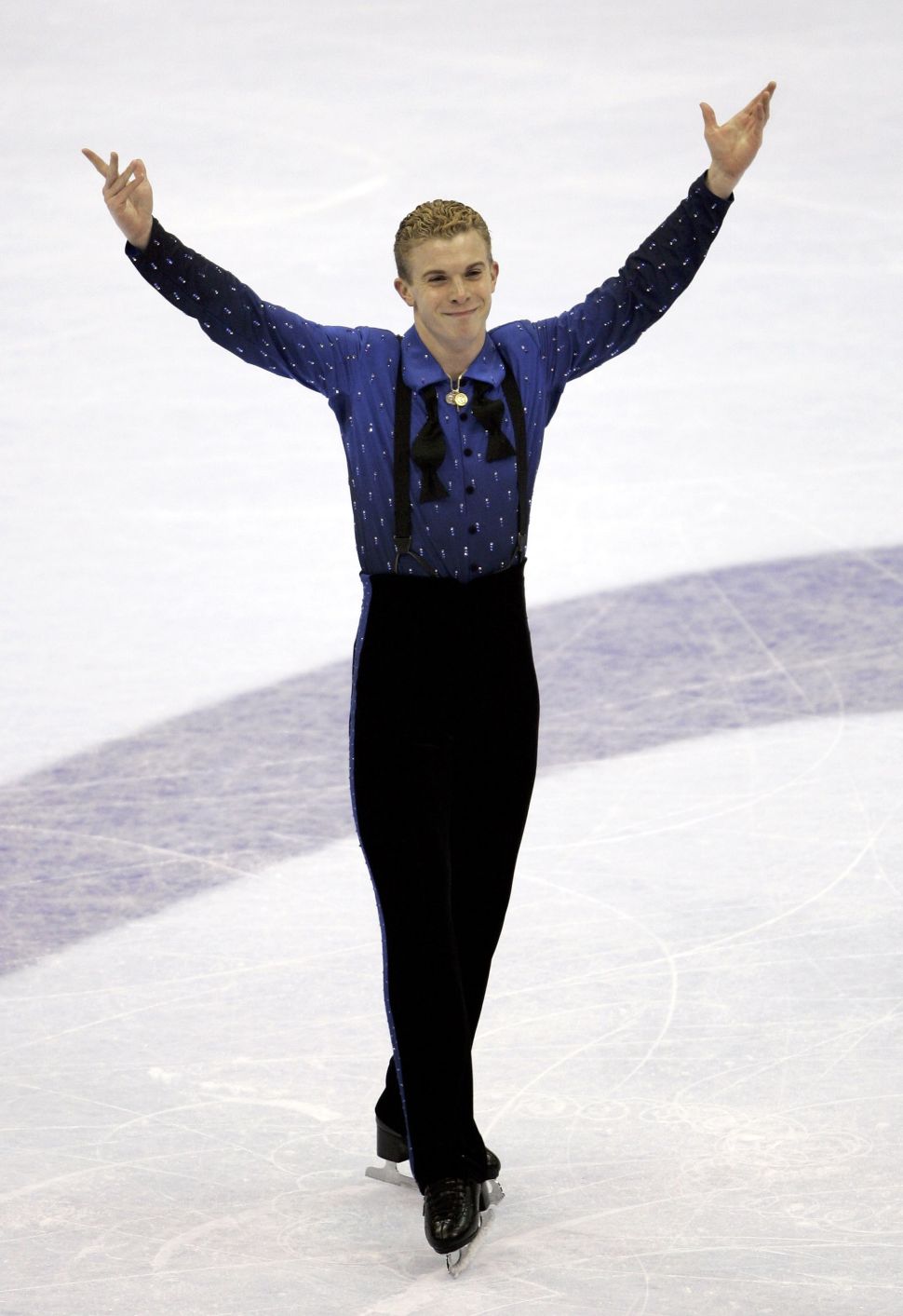