Currently, DeNicola is the only Republican on the Bergen County board of chosen freeholders running for re-election. Along with her running mates former Freeholder John Driscoll and Closter Councilman Robert DiDio, DeNicola is staving off a challenge from Democrats running for the position in order to keep her seat. On the Democratic side, incumbent Freeholder Tom Sullivan is running with Mahwah Councilwoman Mary Amoroso and Germaine Ortiz.

According to DeNicola, she took to the polls on Election Day almost from when they opened at 6 a.m. She will close out the day at the headquarters of the Bergen County Republican Organization (BCRO) as results from local, state and national elections come in. In between, DeNicola said she plans to interact with voters as much as possible, check in with her running mates and do whatever she can to secure a Republican presence on the freeholder board.

“Election Day always feels good,” DeNicola said. “The campaign really stops and today is about supporting the process, getting out there and visiting the polls, letting the voters see you, still trying to earn votes but, most importantly, still trying to ensure that people do get out and vote. That is the idea for the day and we will do it all day long.”

DeNicola said that she hopes for a strong Republican win in Bergen County when the election results come in. However, DeNicola said that, regardless of the results tonight, citizens performing their civic duty is most important.

“I think we are going to have the best turnout that I have ever seen in Bergen County and that is a great result in itself,” DeNicola said of both Republican and Democratic voters. “That is the most important thing. I have to say that I have also experienced voters saying that they are pretty much going to vote all over the ballot which is interesting too. People are really looking at who they are voting for.”

Tuesday night will also mark the election of a new president in the United States. That race is between Democratic candidate Hillary Clinton and Republican candidate Donald Trump. DeNicola said that, for that election, he main hope is a conflict-free end of the night.

“I hope that the election closes in a peaceful way,” she said. “It is going to be very interesting because I think there is a lot of energy whether it is Trump energy or Hillary energy. It is an unusual time and it is a very unusual election and I have heard that time and time again campaigning throughout the county.”

According to DeNicola, while the national election has potentially distracted some voters from elections on the local level, there is still energy behind the freeholder candidates.

“We don’t want this election to turn people off from public service, we want to inspire them,” DeNicola said. “I do think voters were saturated by the presidential race and the media coverage. When you are trying to talk about county issues which are equally important, it takes time and conversation and listening. I am hopeful that we don’t get lost in that.”

Cosgrove is a Republican mayor who supports DeNicola for re-election.

“I think that Maura DeNicola has proven that she has the experience, dedication and best represents the interests of the people of Bergen County in her heart,” he said.

For DeNicola, it is an honor to be able to participate in American democracy, regardless of tonight’s outcome.

“I wish everyone well who stepped forward to run in this election. While I hope we do prevail, it is all about the American way. It is the greatest Democracy in the world and that is what we are really celebrating,” DeNicola said. 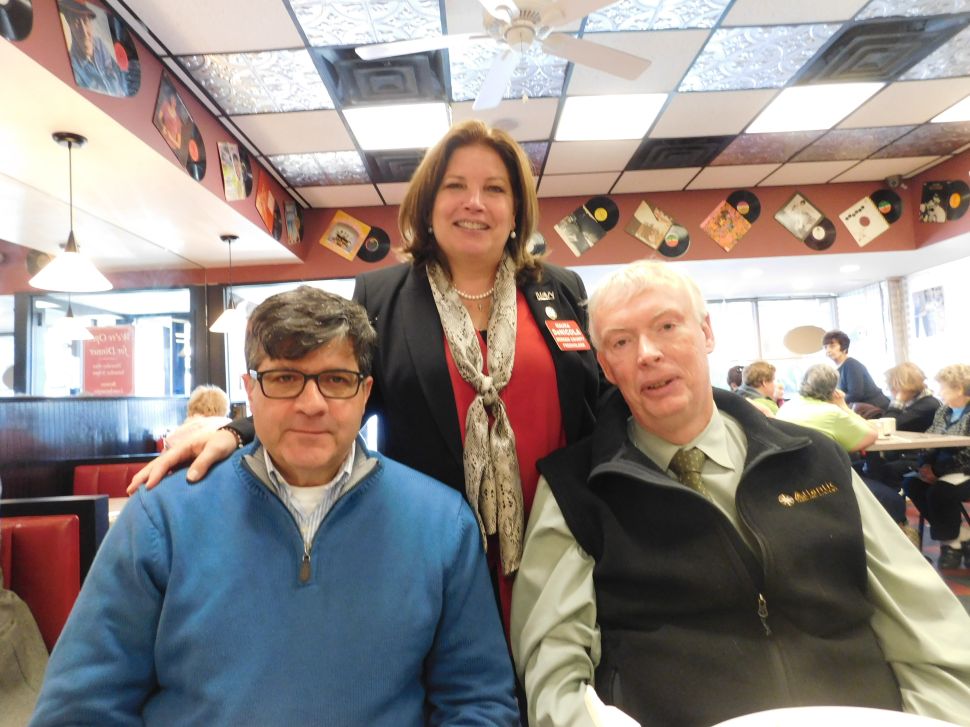