Instead of holding themselves accountable, Hillary Clinton and her partisan supporters are in a frenzy, blaming everyone but themselves for Donald Trump’s victory. They insist Clinton was let down by her disloyal subjects, rather than acknowledging Clinton was a vastly flawed candidate who let down the Democratic Party and progressives by rigging the primaries, only to lose to a weak general election opponent.

Libertarian Gary Johnson was cited as a reason Clinton lost, as though a Libertarian was more likely to take votes away from the Democratic candidate than the Republican. Were it not for Johnson, Clinton would have lost New Mexico and possibly other states as well.

Clinton partisans also doubled down on their Russia conspiracies, and pointing the finger at Wikileaks and Green Party Candidate Jill Stein, because these frenzied smear tactics worked so well for them in the general election.

Sen. Bernie Sanders, the most popular politicians in the United States, ran one of the most consequential presidential campaigns in recent history. His campaign rallies drew record numbers. In contrast, Clinton drew small crowds at her campaign rallies—that is, when she wasn’t hosting closed door elite galas instead. It was clear during the primaries that Clinton was the candidate of the Democratic Party’s wealthy donors, and Sanders was the candidate of the people.

But rather than run a fair and balanced race between these two strata of the Democratic Party, Clinton used her political power to build a network of loyal journalists in the mainstream media. She aligned Democratic National Committee (DNC) staff with her campaign, coalescing the Democratic Party establishment around her candidacy. No other Democrat in office ran against Clinton besides Sanders because the consensus among the establishment was “it’s her turn.” Only Sanders, the longest-serving independent in the history of congress, could take the political risks in standing up against Clinton’s coronation as the Democratic presidential nominee.

After using performance-enhancing substances in the form of DNC staff who cheated to help her win, and an overtly biased media network, Clinton still failed in the general election. The Democrats’ plan to get her backfired, leaving them with a mess in the form of a lost presidency, and a failure to recoup a majority in the House and Senate. The Democratic Party is in an existential crisis, and the only one who can bring them out of it is Sanders.

Sanders’ trust and integrity among voters is unprecedented, even with voting demographics who don’t share his political views. He brought thousands of disenchanted voters into the Democratic Party. But rather than embrace Sanders as a part of the Democratic Party, establishment Democrats did everything they could to work against his campaign in favor of Clinton. She was under an FBI investigation, and held a long record of political scandals and dubious ties that made her incredibly vulnerable in a general election.

Clinton was the embodiment of a political insider at a point in which voters were demanding an outsider to clean up the corruption in Washington, DC. Sanders was the best option to do that. He polled much better against Trump than Clinton, and was clean as far as politician scandals are concerned. The demographics who have been forgotten and ignored by politicians connected with Sanders, yet held a disdain towards the status quo Clinton represented. Her candidacy was a partnership between politicians and corporations, while her policies and comments exhibited disdain for the working and middle class abandoned by the Democratic Party. It should be of no surprise that Clinton lost all the states in the rust belt that provided President Obama with a comfortable victory in 2008 and 2012.

The only hope Democrats have now in recouping the losses of these voters is Sanders leading a truly progressive movement. Whether that is done within the Democratic Party or a new third party remains to be seen, and depends on whether those leaders responsible for Hillary Clinton actually learn from their mistakes. 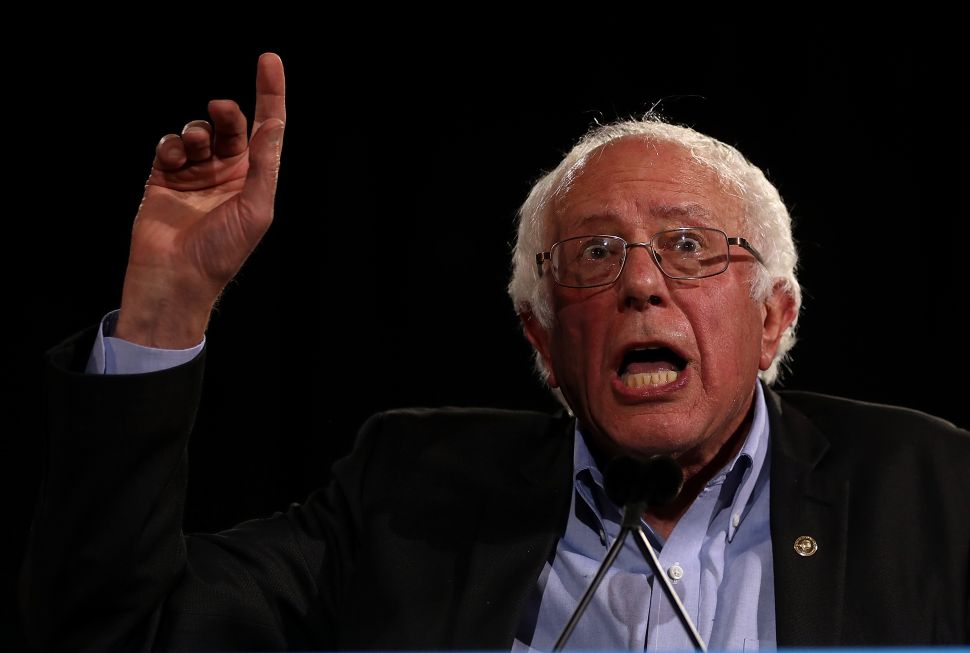