The discovery of a three-year-old Brooklyn boy earlier this week covered in feces and with a cracked skull—a little more than two months after the death of six-year-old Zymere Perkins at the hands of his mother and her boyfriend—has again thrown a harsh spotlight on Gladys Carrión, Mayor Bill de Blasio’s beleaguered commissioner of the Administration for Children’s Services.

The Daily News reported this morning that Jaden Jordan is on life support with severe internal injuries while his mother’s 24-year-old boyfriend—who said the child slipped in the bathtub during a bath, faces charges of assault. ACS workers had looked into a tip Saturday about a girl who had been locked in a dog cage at the apartment, but the tipster accidentally gave the wrong address and the boyfriend was not questioned, according to the News.

The report provoked a bitter rebuke from one of Carrión’s fiercest critics, Public Advocate Letitia James.

“Time and time again, ACS fails to protect vulnerable children living in abusive and neglectful homes, and now an innocent three year old boy is hanging on for his life,” James said in a statement. “I am calling for a swift, thorough, and transparent criminal investigation into Jaden Jordan’s life-threatening injuries.”

James said the agency has yet to implement necessary reforms she has proposed, such as splitting the responsibilities of ACS into different agencies, carrying out more rigorous oversight over contract agencies, sufficiently training and supervising caseworkers and stronger ongoing supports to children leaving foster care or child preventative services.

ACS said it received an anonymous report on Nov. 26 and that within two hours of getting the tip, a child protective specialist made an unannounced visit to the address provided in the report. After ringing several doorbells, the specialist could not find the individuals the tipster identified and determined that a followup visit was necessary.

A day later, the agency returned to the same location, rang several doorbells and spoke to tenants who said they did not know the individuals identified in the report. On Nov. 28, the specialist was able to get the correct address as well as the name and date of birth for one of the individuals and was able to locate them.

“After two days of diligently and aggressively investigating the complaint, it became clear to our Child Protective Specialists that the caller reported an inaccurate address,” the agency said in an emailed statement. “We then promptly responded to the location in question and began what is now a highly active investigation.”

The Jordan tragedy follows Perkins’ death in September after ACS investigated five abuse allegations lodged against his mother. The agency has since put five child protective services staff on modified assignment and four others were suspended without pay for 30 days and demoted.

At a hearing on Halloween, Carrión cried as she testified before the City Council on child abuse cases, calling Perkins’ death “her responsibility.” The mayor has resisted calls for Carrión’s resignation, even calling James’ assertion that Carrión has done a poor job as ACS commissioner as “dead wrong.”

James retorted at the time, “What’s ‘dead wrong’ is dead children.” At the hearing, she marveled thatACS only takes interest in reforms when a child dies, even thought Carrión promised to cooperate with her.

Mark Peters, the commissioner of the Department of Investigations, announced his agency had asked the state to grant him access to ACS records to conduct his own probe.

“DOI has been actively investigating whether some or all of these cases were lawfully handled by ACS, whether there continue to be systemic and preventable problems at ACS that place children in danger, and whether ACS has implemented necessary changes noted in DOI’s prior reviews,” Peters said in a statement to the press.

Comptroller Scott Stringer also called for an immediate and transparent probe. His investigation of ACS procedures following Perkins’ death is ongoing, but his June 2016 audit that found that the agency’s investigations into child abuse were inconsistent and incomplete.

“As our office continues to look into ACS procedures, we call on the agency to be as transparent and swift as possible with its investigation into this specific case,” Stringer said in a statement. “We must know what happened and why, because this is happening too often. We can’t allow a single child to slip through the cracks.”

This article was updated to include a comment from the Administration for Children’s Services. 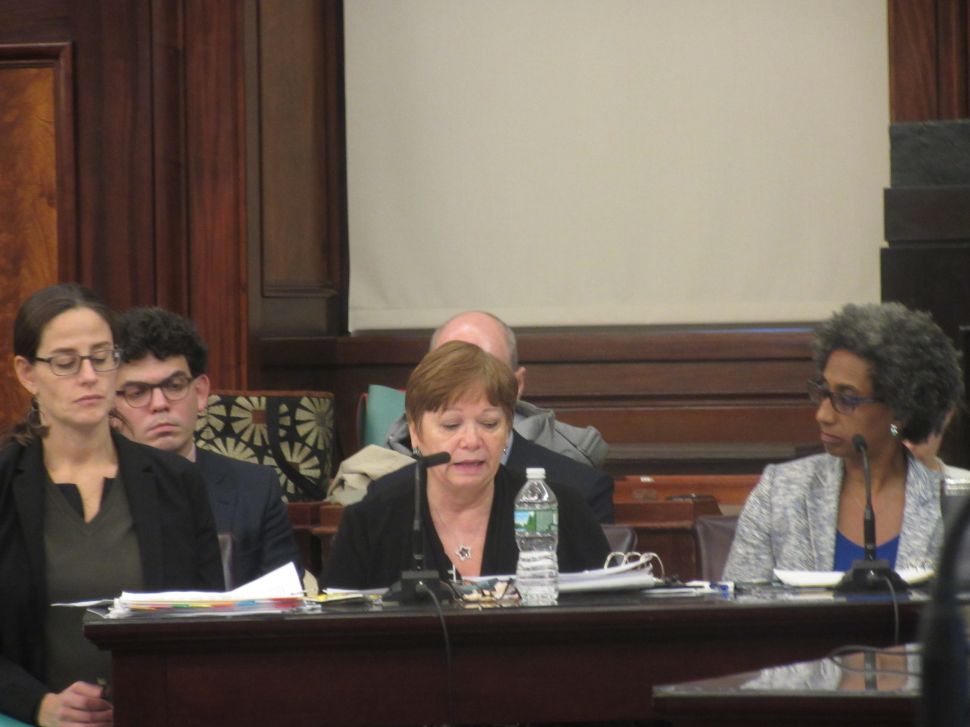