ATLANTIC CITY, N.J.- Alex Blanco won a special election for mayor in the City of Passaic on the same night that Barack Obama won his first presidential election. News of the win traveled to the packed Heldrich Hotel in New Brunswick, where then-Democratic State Party Chairman Joe Cryan crunched his cellphone to his ear to better hear Assemblyman Gary Schaer amid screams of joy for the history-making president-elect.

Schaer fed Cryan the numbers from Passaic, where Blanco had somewhat improbably beaten a big field of candidates to succeed Mayor Sammy Rivera, who for years had strutted around Passaic like the Emperor Nero before getting jammed up on federal corruption charges.

Blanco’s campaign promised far more than what Rivera had offered and stood for.

“Honesty in Action” was the slogan he ran on, and through that  wicked slog of a campaign season it stood high above that city on billboards, accompanied by the candidate’s young, smiling, handsome face. Blanco was an educated man; a medical doctor with a beautiful young family who had a story to tell about growing up in Passaic, that rugged sister city of Paterson.

Like all people who play politics to win, Cryan paid attention to local contests even in the midst of seismic national events. But then, Blanco was also making history on that fateful November night in 2008, just like Obama, America’s first black president. Blanco had the distinction of being the first Dominican-American elected mayor in America.

As it turned out, Blanco’s political fate would finish far differently from that of the scandal-free and much loved lame duck president. This morning, the mayor of Passaic pleaded guilty to a bribery charge in federal court, fessing up to taking over $100K from two developers in a kick back scheme.

This was Blanco, the guy whom you wanted to see succeed, the kid who studied hard in school and waited on all those lonely bus stops with his mother’s support and stuck it out in his home town and served on the school board and ran in one of the toughest local mayor’s races in recent memory, and appeared to love his wife and sons and his city. He was the guy who looked to Schaer as a political mentor and welcomed the support of the Orthodox Jewish population, and happily built a local coalition across racial and ethnic lines. He was the guy wearing horn-rimmed glasses who stood in the background with no visible ego and in real time dutifully translated into Spanish a speech by U.S. Rep. Bill Pascrell to a roomful of Hispanic senior citizens.

He was kid who would teach your kid how to do the merengue at a backyard fiesta on the campaign trail.

As it happened, he was also the guy who pleaded guilty to telling an intermediary to approach two developers to tell them they would have to pay the mayor approximately $75,000 if they wanted their Paulison Avenue residential units to get built. Based on this solicitation and demand, according to the feds, the developers agreed to pay $75,000 to Blanco from the funds that the Upper Monroe Street Improvement corporation (UMSIC) would pay to the developers, which funds had been earmarked for demolition, site work and removal of the preexisting building on the property.

He was the guy who met one of the developers in Clifton and directed him to write out checks totaling approximately $65,000 to five designated payees, and then caused others to cash these checks and provide him with the proceeds. By the time he was finished, the scheme added up to $110,000 in bribes cashed out.

A year ago, the bearded Blanco strolled through the Borgata at the annual League of Municipalities Conference, arm in arm with his wife, leading a contingent of revelers from Passaic. He appeared in good spirits. He looked like that guy first elected in 2008.

News of the mayor’s guilty plea landed in Atlantic City on Thursday at the league as the one-time gaming mecca grappled dismally with a state takeover of its finances, as Democrats searched one another’s faces for answers in the aftermath of Republican billionaire Donald Trump getting elected president, or locked themselves in their rooms with their own negative energy, or ran down here to escape another scene of local chaos if they were from Paterson, or listened to Republican Governor Chris Christie tell them he plans to stick it out to the end of his term.

There was so much promise in Blanco on that night years ago when Democrats took the phone call in New Brunswick and expressed joy to match the national mood. There were murmurs at one time of Blanco for governor or lieutenant governor. But on Thursday, as Blanco appeared poised for the can, a once proud piece of Jersey history washed out finally with the dismal tide. 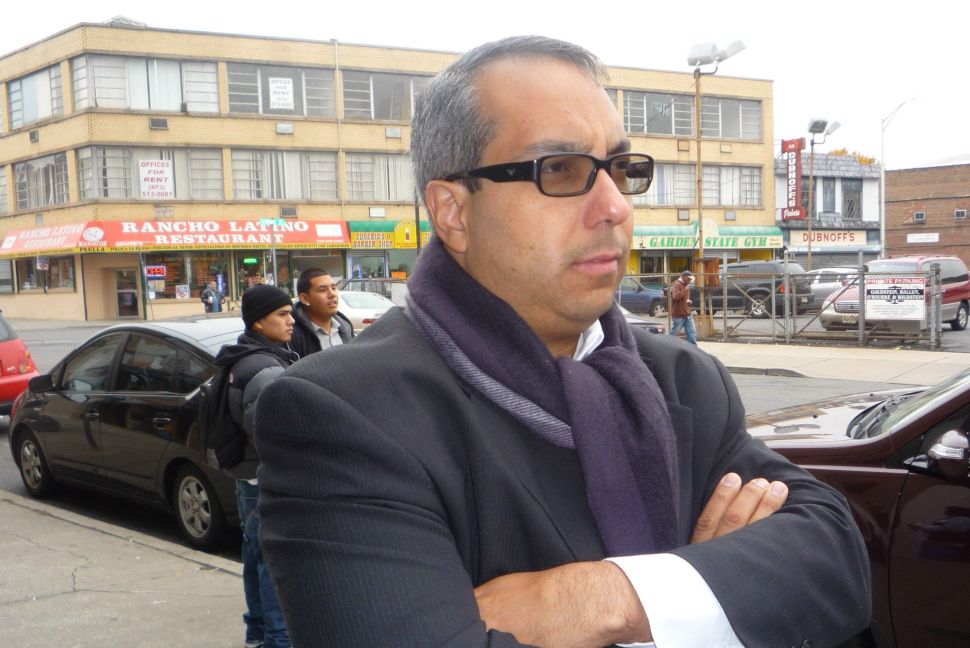