“I don’t know about you, but I spent  election night with my family,” wrote Ben Brantley in The New York Times two days after Barack Obama was re-elected president.

“The Apples are not, for the record, my blood kin,” he went on to clarify. “But after spending both Tuesday night and the 10th anniversary of the September 11 terrorist attacks with them, I have come to feel as closely related to them as if we had grown up under the same roof. They annoy, tickle and inspire me; and they make me feel wanted and generous and unkind and guilty—and about as comfortable and uncomfortable at the same time as anybody can. As I said, they’re family.”

This week it’s another opening, another show, another election and even another family for Brantley to address. Richard Nelson plopped the Apple clan down on key historical dates for a four-play cycle, commissioned by The Public and premiered there on the very day they’re set; now, he’s moved two blocks down the street to the Gabriels, another fictional Rhinebeck family that also wears the politics of the times.

Part III in the Gabriel trilogy, Women of a Certain Age, bows at The Public on election night, but previews begin four days before it’s set, provoking a very pressing question.

“’Who won?’” guesses Nelson. Bingo! Once raised, though, the question is quickly waved away. “It’s not who I think will win or what I want,” he insists. “It’s trying to look at this election constantly through their eyes. I’ll have a note in the program, saying, ‘The name of this cycle is The Gabriels: Election Year in the Life of One Family.’ Given the kind of election that we’re having, it’s very easy to ignore the fourth word of that—‘year’—and to think of it as the election in the life of one family. That’s not what the plays have been about. They’ve tracked a year in the life of this one family, and it also happens to be an election year. It’s how the election drags its way in and out of this family’s lives. It’s getting a sense of what’s happening in the election on a particular day and how that relates, or doesn’t relate, to the concerns of this family.”

Be it Apple or Gabriel, these seven plays are kitchen set. “All the plays have the same basic structure: A meal is being prepared, and when the meal is done being cooked—not eaten, cooked—the play is over. ‘Take the food off to the dining room.’”

Why the kitchen? Easy. “Before I began the plays,” he says, “I read an extraordinary thing that stuck with me. Someone said something that now appears to be obvious, but it was something I’d never heard articulated before: ‘Human beings are the only animals that cook; therefore, cooking is one of the things that makes us human.’

“So, in a play that has as its ambition the complexity and richness of humans, it’s the perfect setting. The opportunity to have a play with these ambitions, with everyone doing an activity that defines us as human, seemed a very good, very useful idea.”

In the Apple plays, they are siblings; in the Gabriel plays, they are in-laws. Somehow, the couple never played marrieds. The closest they’ve come is a Macbeth workshop, and they count that because they intend to do it some day. “We’ve a different take on it that makes full use of our being on the older side of our careers,” injects Sanders.

Nelson claims he didn’t write these roles for them. “I organized the plays in my head, and I saw there would be two really good roles for them. Perhaps, as I continued to write the plays, I had them in mind, certainly, but it wasn’t ‘I’m going to write two plays for Maryann and Jay.’ It’s just I knew they’d be great for what I had in mind.

“The three of us have worked together now as a team for five or six years. Jay’s been a friend of mine for almost 40 years, and Maryann has been in other plays of mine in the past 15 years. They understand my work. We understand each other. They’re wonderful to have in a rehearsal room. They are very special people, very talented.”

In the Sanders home hang two Al Hirschfeld originals—one of him as The Incredibly Famous Willy Rivers, the hell-raising rocker of Stephen Metcalfe’s 1984 play, and one of her as the girl of 1986’s Me and My Girl, a sweet Cockney songbird named Sally Smith (her Tony-winning role). That’s how they entered our theater consciousness.

They entered each other’s consciousness on camera, filming an episode of A Man Named Hawk, a Spenser: For Hire spinoff that only made a few revolutions, but they were in one of them, playing exes on the brink of reconciliation. “Our first kiss was on film,” Sanders remembers. “Then, we sorta danced around having a relationship for about a year because both of us had been in long relationships before and…”

October 1 marked their silver wedding anniversary. In the interim, they produced an actor son, Jamie, who graduated from Emerson in May and now studies at Michael Howard’s Studios for the one-year conservatory program. “He’s very good, and we’re very proud of him,” says Plunkett, more like a discerning critic than a mom.

The actor’s life for them has meant two successful careers consistently charging away but separately. Exception: A. R. Gurney’s beautiful play, The Old Boy, allowed them to spend a summer at his alma mater, SUNY Purchase, again playing exes. “It was funny because it was about a guy going back to his own boys’ school to give the commencement address,” says Sanders. “He was a politician, but in this case, it was the first time I had gone back to that school, so there were some connections there.”

In 2010, Nelson waved the quartet of Apple plays at them, and they had the luxury of co-starring for four years. When the Gabriel plays came up this year—an express train of three plays in one year—they hopped aboard like a conditioned reflex.

Sanders and Plunkett entered both of these family circles with the extra edge of decades of togetherness. “Because we do like each other and because we do have intimacy with each other and live together like these families, we have that already built in,” the actress concedes. “We don’t have to create that. It’s there already.”

Nevertheless, they kept that carefully in check, according to Sanders. “I think the biggest thing is the dynamic of the casts that we’re in—being equally connected to  everybody else on stage, so we don’t in any way alienate them or make them feel that we’re a unit separate from them. We don’t spend an inordinate amount of time just talking to each other on stage. In any family relationships, everybody’s talking.

“Our familiarity with each other, of course, was helpful. We’ve often been asked if it’s strange playing brother and sister or brother- and sister-in-law, and we say, ‘The strange thing would be if we were brother and sister playing a married couple—that would be strange.’ You could play it, but letting yourself go there would be difficult.”

Performances by all hands are bone-dry real and natural—a quality Plunkett credits to Nelson’s “exactly life-sized” writing and directing. “I think of it as just a complete surrender,” she says. “You can’t be thinking of showing anything. You have to enter the room and be in the room. If you’re thinking of other things, it won’t work.”

Of course, in this case, the meal doesn’t cook itself, so you have to think of other things. “In rehearsing the play we’re doing now,” she continues, “we staged the whole thing the first week. Now, we’re going through scene by scene, trying to mix the real food in. As with anything, you find when you make believe, you can do so many things, but when you actually do them in real time, you’re suddenly going, ‘Omigod! I got a pot of hot potatoes here. I have to drain ‘em. Do I have a line now?’ ”

Nelson watches the kettle and cast intensely, stamping out any false moves or moments. “There’s a line he says when he’s directing,” Plunkett recalls. “He says, ‘I don’t really know how to do this, but I know if it’s not right. It can’t look like a play. How do we make it not look like a play?’ When it feels right to him, it’s right. It’s all about just being there, being present and real—as real as you can when saying lines.”

Although these Nelson family picnics tend to pop up on dates of no small political importance, Nelson himself prefers to play the apolitical card. “I don’t consider myself a political dramatist at all,” the writer-director declares. “I think that I’m a socialist dramatist, but really I just write about people I’m interested in. I’m not interested in convincing anyone of anything. I’m not interested in convincing anybody to vote for anyone. I’m simply interested in showing the complexity of people in a truthful situation, and that often includes politics in our society.” 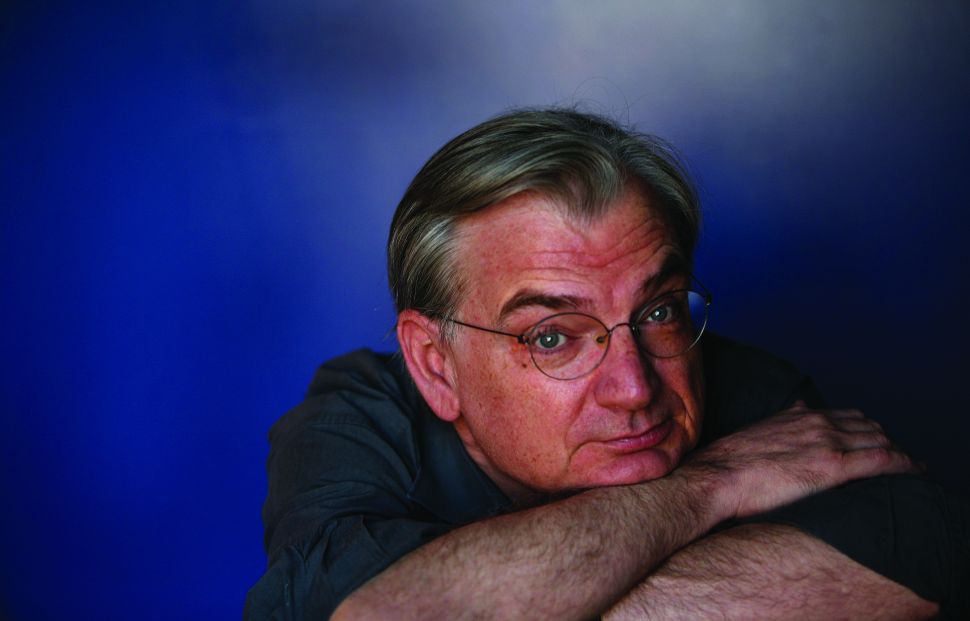