After watching A Tribe Called Quest’s riveting reunion performance on Saturday Night Live this weekend, their first set since founding member Phife Dawg died from diabetes complications in March, Phife’s mother Cheryl Boyce-Taylor admits “the ache of it sent me to bed for the rest of the weekend.”

From the studio audience, Boyce-Taylor witnessed surviving members Q-Tip, Jarobi White and Ali Shaheed Muhammad honor Phife with two politically charged songs from the hip-hop group’s first album since 1998, We Got It From Here…Thank You 4 Your Service.

Later this week Phife’s family will rename part of Linden Boulevard at 192nd Street in Queens as Malik “Phife Dawg” Taylor Way, where the MC grew up. The ceremony will happen one day before what would have been Phife’s 46th birthday.

We recently spoke to Boyce-Taylor about Tribe’s final record, her last conversations with her son, and how “losing him has been the hardest thing I’ve ever had to deal with.”

This interview has been edited and condensed for clarity and space.

What was it like to watch Tribe perform without Malik?

The show was awesome, but emotionally it broke me down. It was difficult to watch without Malik’s presence on stage. The ache of it sent me to bed for the rest of the weekend. I’ve decided to remove myself from everything Tribe for a while.

What does it feel like to dedicate part of Linden Boulevard to your son?

When did you last visit him, and what did you talk about?

He was back-and-forth in the studio with Tribe, and he was in Edgewater, N.J. The last time I saw him was on March 3.

I went to see him, and he was excited about me taking the ferry. Although he was a grown man with all his brilliant ideas, there was a part of him when it came to family, he was our little Malik again. We just talked rapidly about all that was going on in our lives. I was engaged and planning a ceremony and reception with my partner of 20 years, Ceni is her name. He was very excited for me.

His father and I divorced, and so for a period he was not interested in marriage. This was before he met his wife. And he would tell me, “I’m not going to get married because I don’t like the way you and Dad conducted your marriage.”

So that day I said to him, “Malik, is it true that you were so unhappy in your childhood?”

He turned to me and said, “No! Why do you say that? Who told you that? Mom, my childhood was the best.” He was completely ecstatic that day.

You’re both poets. Did you often discuss writing?

Yes, we did. It started with my mother. My mother was very much into poetry, she never wrote her own but she memorized long poems and recited them around the house. She read poetry to me at bedtime. And so Malik was fortunate to have that legacy.

My undergraduate degree is in theatre, and so Malik would be at the theatre while I was working, and I would encourage him to write something. And so he learned early that it was a viable way to make a living. It wasn’t so much that I discussed it with him, but [that] we lived it together.

Well, when the day arrived, he got up there and did this whole poem. And that was the beginning of his freestyle career. We all looked at him in awe and I said, “When did you write that?”

How did he reveal to you his aspiration to pursue hip-hop professionally?

We had a rule in our home that if you weren’t in school, that was fine, we would embrace that. If you were working, we would embrace that. But if you didn’t want to work and you didn’t want to be in school, then you couldn’t live there. And so he came to me at one point, and he says, “You know, Mom, I’m not interested in school right now. I really, really want to do my music. So I’m signing with A Tribe Called Quest and I’m going to do my music.”

He was 16. There wasn’t a whole lot I could say, because those were the house rules, and he said to me, “This is what you told me. I don’t want to be in school, I want to work.”

But my mother, who was a very staunch Seventh-day Adventist, did not believe in secular things like dancing and performing onstage. She used to tell him, “I don’t want you to do rap.” And they were very close. But he told me one night, “Mom, Grandma tries to pray that I don’t go onstage. But I will have my music.”

He was really that adamant about it, and he very rarely went against his grandmother for anything. But his music, no one would take that away from him.

What was your reaction to picking up your son’s first album?

He signed and gave me a copy of the first album, People’s Instinctive Travels. But I went to the record store and bought several copies. I was so excited. But I had seen this in him all his life, so I knew what he was capable of.

Midnight Marauders I would say is my favorite album of all time. I just love the content. I love that they have that little commentator, the woman giving statistics on the black community, throughout.

Was Malik close to finishing his second solo album?

Yes, he was. We’re readying it, and hopefully we’ll have it early next year.

What do people misunderstand about his health?

He had Type 1 diabetes. When Malik was born, he was premature. He weighed 2 pounds, 15 ounces, and he had a twin brother that did not survive. His twin brother lived for eight hours. I’m telling you this because his kidneys when Malik was born were half the size of a normal kidney. He stayed in the hospital for three and a half months, because they couldn’t get his kidneys to function well enough to be outside of the hospital. He came home the most smiling beautiful boy. How he did this I don’t know.

He got diabetes when he was on the road with Tribe, their first big tour. He would have to do self-dialysis four times a day, every four hours, and still go onstage. I don’t know how he made it as well as he did.

But in the last three years, he was doing well. This is why it was such a blow to us. He was flying back-and-forth from California to New Jersey, he was in high spirits. So it was a shock when his kidney failed. His wife did give him a kidney, but the doctors can’t guarantee how long it will last.

In 2015, he was No. 7 on the list for a kidney transplant. People don’t know the work that has to go into making you eligible to be on the list. Unfortunately, over all the years his body had been hurt by the disease, but it never stopped him from doing his music.

He lived the most magical life, and that is what comforts me the most.

Cheryl Boyce-Taylor is a poet and educator, the author of four volumes of poetry, and lives in Brooklyn with her partner, Desciana. 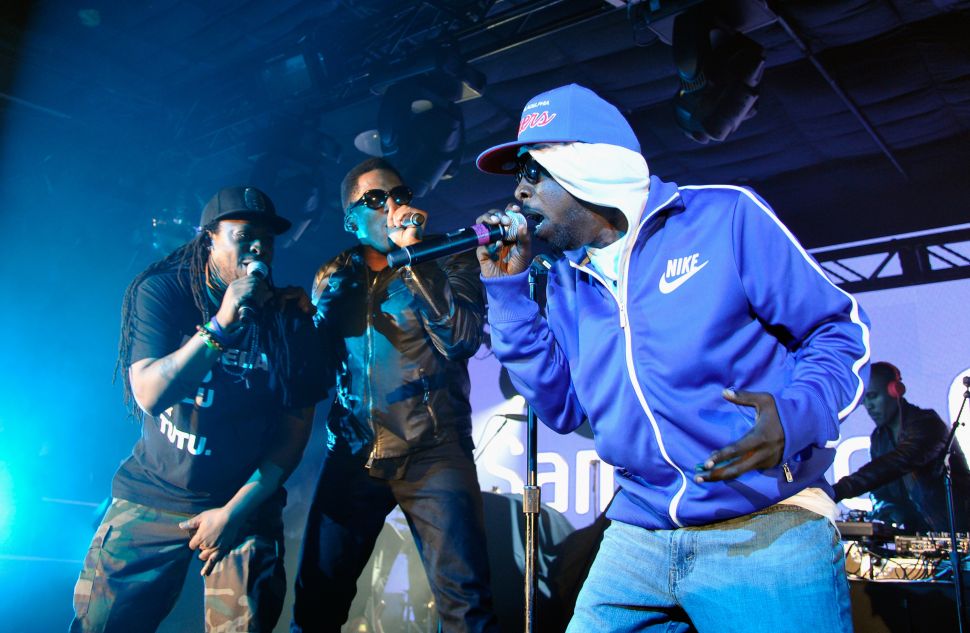