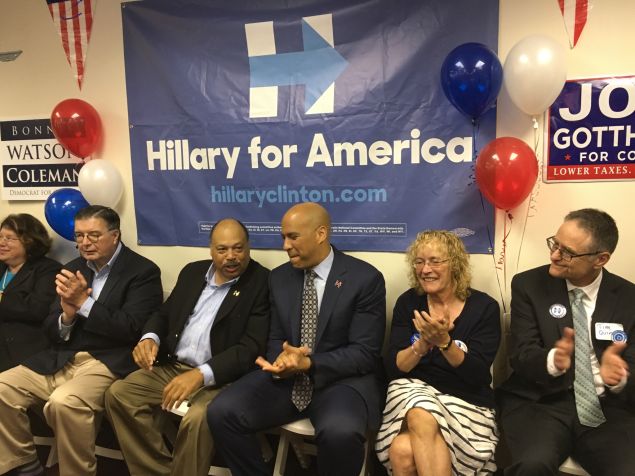 One of Hillary Clinton’s most loyal and active surrogates during her 2016 presidential campaign is already laying the groundwork for 2020. New Jersey U.S. Senator Cory Booker said in an interview on NBC’s “Meet the Press” that he believes the Democratic Party needs to double down on a progressive message, and cast himself as part of the minority “opposition” that will struggle to impede president-elect Donald Trump with Republican majorities in both houses.

Though he declined to say who he favors to replace the embattled Donna Brazile as chair of the DNC, Booker said “The next head of the DNC has to be a committed progressive.” The progressive wing of the party has been calling for the former CNN pundit’s resignation after reports surfaced that she tipped off the Clinton campaign that there would be a question about the water crisis in Flint, MI during a debate between Clinton and progressive primary opponent Bernie Sanders.

Booker, a rising talent in the party who had a star turn during the Democratic National Convention in Philadelphia last summer, said the consequences could be dire if the party cannot drive turnout the way it did during the 2008 race when President Barack Obama won in a landslide.

Exit polls from this year showed Democrats turning out by about half that, offering Trump a close but decisive edge in electoral college votes.

“I’ve seen people come out in droves for Obama in 2008, I’ve seen them not come out in things like our Governor’s race in 2009,” Booker said. “And what happened after that race? The Earned Income Tax Credit was cut, protecting millionaires but raising taxes on poor people.

Though the charismatic Booker could could fare well in the 2020 primaries if the party does embrace a more progressive platform, Rider University political scientist Ben Dworkin said his viability as a candidate could depend in part on where the influential Clinton family stands within the party in four years.

“Booker certainly is a significant player in the party, and because he’s so young he has a long future that potentially might include a run on the national ticket,” Dworkin said. “We’ll have to see where the Clinton camp is couple years from now. They’re obviously going to continue to be Democratic royalty, but with no one elected and no one overtly running for elected office, I think others may well approach.

“Democrats have a  lot of issues that they’re going to have to deal in order to overcome results like we saw last Tuesday.” 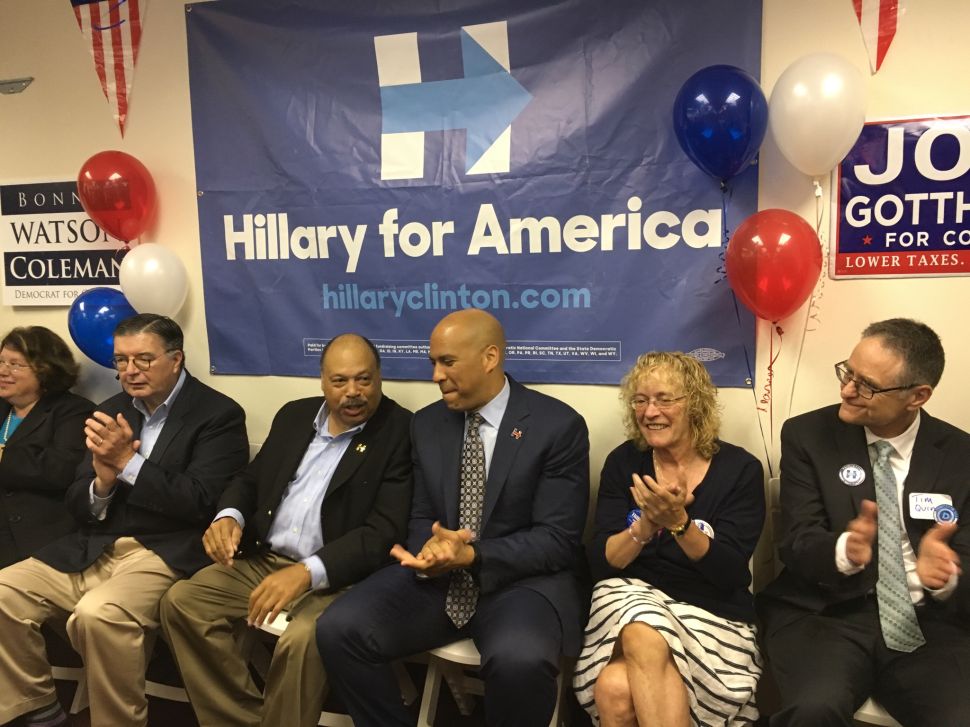