Just before the election, when every poll and pundit predicted a runaway victory for Hillary Clinton, the press came to the stunning conclusion that Donald Trump was an enemy of democracy. Why? Because he hinted during the third presidential debate that he would not accept the election’s results if they didn’t go his way.

Specifically, Trump said he “would keep you [the press] in suspense” about his response to a potential loss. Then, one day later, he quipped that he would “totally accept the election results—if I win.”

This was too much for the press, who rushed to their keyboards and berated Trump with breathless urgency. Inconveniently for them, Trump interrupted this collective aneurysm by clarifying his position:

“Of course, I would accept a clear election result, but I would also reserve my right to contest or file a legal challenge in the case of a questionable result,” Trump said. “And always, I will follow and abide by all of the rules and traditions of all of the many candidates who have come before me. Always.”

Trump’s supposed threat to democracy was never realized because, as it turns out, he did win. Instead, mirabile dictu, Democrats and their media allies seem to have only recently decided that election results can actually be discarded without offending Lady Liberty so very much, after all. Witness the cartwheels that Democrats are currently executing in their joy over the prospect of a recount in Wisconsin—and possibly in Michigan and Pennsylvania.

And make no mistake, this recount craze is 10 times as embarrassing as anything the president-elect said before winning office. To believe that the #Recount2016 cause has any chance at success, you have to ignore the fact that there is not a scintilla of evidence of voter fraud, polling station irregularities or computer hacking. You have to close your ears to the fact that even the very University of Michigan computer scientist who recount proponents cite to justify their push has since recanted, on record, the idea that his findings are proof of a hacked election. You have to forget that even Nate Silver and Nate Cohn of The New York Times have ascribed the “irregularities” identified by that professor to demographic shifts rather than hacking.

You must ignore all this, for according to the #Recount2016 crowd, if voting patterns are not what the experts predicted, then someone must have cheated. After all, the entitled millennials who designed The Huffington Post’s polling model (which gave Clinton an astounding 99 percent chance of winning the election) can’t be wrong! Right?

Granted, it is not just the Left that has pushed evidence-deprived assertions of wrongdoing in this election. We also take issue with the president-elect: There is no evidence of any illegal voting that might have inflated Hillary Clinton’s popular vote, despite his tweeted assertion to the contrary.

But the president-elect’s tweet is not likely to do lasting harm to his party. Stein’s recount, on the other hand, seems to us a two-pronged threat to the future viability of the Democratic Party.

First, it is notable that Jill Stein, the Green Party’s distant-fourth-place finisher has managed to raise more money in the last week than she did throughout the entire presidential campaign. The recount banner has proven far more attractive than her platform or candidacy, and we have little doubt that others on the left will capitalize on this to mount a stronger challenge next time.

A Green Party so empowered and flush with cash is not historically good news for the Democrats. No one seems to remember the 2000 election, where Al Gore lost to George W. Bush in Florida by 537 votes. In that race, Ralph Nader garnered 97,488 votes—just in that one critical state. Is it worth risking a similar spoiler in the future in order to chase the fanciful prospect of a recount?

Second, what message is the recount hoopla sending to our oh-so-sensitive millennials, who are helping replenish Stein’s coffers with the money they’re saving by living at home at age 30? That working hard at GOTV matters? That polls need to be read critically for potential deficiencies?

No. Instead, the millennials, a crucial part of the Democrats’ much hyped “coalition of the ascendant,” are being taught that head-in-the-sand sore loserdom is a viable means to engage with politics. That if you can’t believe your candidate lost, the best thing to do is to spend millions of dollars trying futilely to create the safe space and outcome to which you felt entitled. That you should put your trust in a third rate con woman from a fourth rate political party, rather than the numerous campaign professionals and polling experts who correctly perceive that there is no more truth to Stein’s claims of fraud than there is to her terror at the supposed cancerous effects of cell phones.

But for the sake of their party, their country and of preserving America’s capacity to face the real challenges it faces, they must not be allowed to fall prey to the pernicious third option peddled by the likes of Jill Stein: the futile hope that if you just deny reality hard enough, the tooth fairy will make your own titanic political failure go away in the morning. 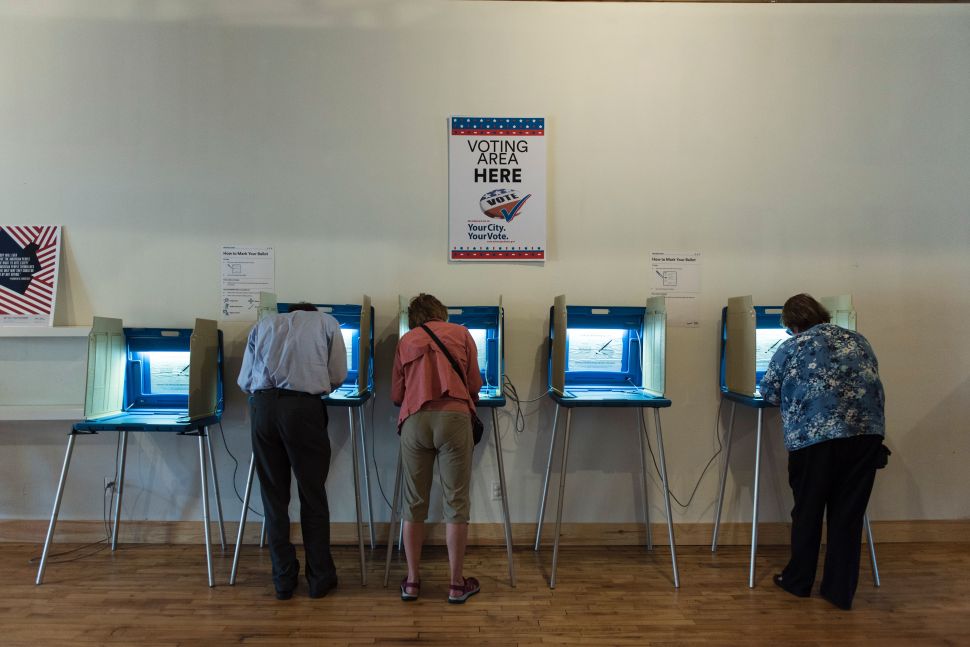