The fellow in the upper-lobby lounge of the of the Vivian Beaumont Theater fielding press questions is sitting very pretty indeed. These days, he’s being quizzed on two literary fronts.

Four floors below, in the Lincoln Center catacombs, director Terry Kinney and seven actors are piecing together a picture-puzzle of his called The Babylon Line, which he darkly promises will be offered up for public exhibition “sometime around Pearl Harbor Day” (actually, it begins previews November 10 for a December 5 opening at the subterranean Mitzi Newhouse Theater). Above ground, he is basking in newfound fame as author of Rules for Others to Live By: Comments and Self-Contradictions—his first book.

This freshly formed hyphenate, Richard Greenberg, has, after 30 years and 32 plays, turned into a literary cross between a yarn-spinner and a truth-teller. The jury is still out, trying to find the precise word for him—and he’s not overly helpful with that.

On a page headed “Apology to Oprah,” before the part marked “[Manifesto],” he sets the game rules: Between “Everything in this book is true” and “This book is a work of fiction” are lines like “Some names have been changed,” “A few names, though the real names, have been misspelled,” “The character called ‘I’ is a total fabrication” and “A few of the people I describe do not, in the strictest sense of the word, exist.”

That must be the disclaimer to end all disclaimers. The safest way to approach this book, then, is gingerly, with a silo of salt, tripping over the unexpected word and letting yourself laugh, not being an old stick-in-the-mud stickler who insists on separating fact and fancy. Surrender before reading. What you have here is a hyperactive imagination charging away on all cylinders, scatter-shooting in every direction, crashing into the railing and then careening back on track, ever-ready to ride the riffs to calamitous conclusions. If you let yourself go, you’ll find this book of impish essays a giddy brain-tickler, not without flecks and flashes of real life and feelings.

Most of his essays get off to startling starts, and so do his one-on-one interviews. “The odd thing is that I don’t even generally read books like this,” Greenberg begins. “When critics were throwing names at me—you know how you’re always being compared to other writers—the names they were throwing were all people I’d never read.”

Writing this book wasn’t even his idea. “My agent thought it would be a good idea to write a book like this, and I’m very obedient. I do as I’m told. At first, I thought, ‘No, I can’t because it’s personal, and I’m not personal,’ but then I became really interested in the idea. As soon as I started, I realized that what I really do all the time is write essays in my head while I’m walking around my apartment. My default mode is anything that comes into my purview I think about, then I just form a response to it and paragraphs, and the paragraphs follow each other and go to a conclusion. When I started writing, a lot of essays were pretty much formed—but just in my mind.”

In style, his prose falls somewhere between the humorous essays of the late Robert Benchley and The New Yorker observations of the late Maeve Brennan. The latter is one of the few real names he uses in the book, and he does readily admit to her influence.

“I want a lot of people to read my book so they will go out and buy her book [The Long-Winded Lady: Notes from The New Yorker]. It’s one of my very favorite books.”

Reality-based characters he kept on a first-name basis are easy to identify. “Patti” would be Patricia Clarkson, the blonde actress he met at Yale School of Drama. They were platonic pad-mates during their young and struggling years in New York. Her career got in gear, Off-Broadway and on, via Greenberg’s first hit, Eastern Standard.

“Jill” is Jill Clayburgh, the blonde film star he returned to the New York stage for her last five years. His Broadway speed bump, A Naked Girl on the Appian Way, was her first play in 11 years. Their friendship ran much longer, and deeper, than the play.

The anecdotes he tells about these actresses, he confesses, “weren’t an attempt to disguise anything. I wanted to emphasize how personal these experiences were. I was not trying to write anything definitive about them. I just couldn’t. I could write the very partial story of the relationships I had with them. That’s why I used only the first names. It feels somewhat more authoritative to use the whole name.”

Clayburgh, he continues, “was the least disappointing friend I ever had. It’s not that anyone else let me down. It’s just that there had been 25 years of her before we met and I had such a strong idea of who she would be and of who I wanted her to be. Then, when I met her and it turned out she was who I wanted her to be, it was so fulfilling. I don’t know how you wouldn’t adore who Jill was when I knew her.”

For the most part, Greenberg maintains a respectable distance from his characters, as he does in his plays. “Because it’s unlike me to be confiding, the only way I could write a book where an ‘I’ character has my name was just to treat this ‘I’ as another version of the characters in my plays that everybody assumes are me. There’d be that distance, and there’d come that point where I felt so secure in that distance that I’d end up being much more revealing than I even meant to be or thought I would be.

“When I was telling people about the book, I found myself turning into Norman Mailer and Jerry Lewis, talking about ‘I’ as ‘he.’ I wasn’t doing it on purpose. It just happened, and I thought, ‘Oh, that’s how it happens—how people start talking about themselves in the third person.’ I always thought it was such an obnoxious habit.

“There is a feeling, in the process of writing, that you have the freedom to be fictional. Even the stuff that wasn’t the least bit fictional felt fictional. Nothing in that long section that’s called ‘Several Dead Women of Whom I Was Fond’ is made up. If there’s anything that’s not completely accurate, it’s because I misremembered it.”

Writing the book required 18 months. Other projects buzzed in and around, but mostly it was a concentrated year and a half of essaying. Greenberg doesn’t know when—or even if—he’ll get to a second book. In the meanwhile, he has come up with another play—this one about insomniacs (he’s one) called Morsel of Sleep.

More immediate, of course, is The Babylon Line, which tried out at Vassar a couple of years ago and is currently, as he speaks, churning away downstairs, becoming alive.

He professes to have no clue where the idea for this play came from. “I never know. I don’t remember, other than I’m from the suburbs and representations of the suburbs I’ve seen haven’t reflected my experience, so I thought I might as well.”

Its lead character is a failed Greenwich Village writer (Josh Radnor) who commutes along the Babylon line to Levittown, N.Y., to teach an adult-education creative writing class in 1967. The pupils, mostly apathetic at the outset, include Elizabeth Reaser, Maddie Corman, Randy Graff, Julie Halston, Frank Wood and Michael Oberholtzer.

Why 1967? “Because I wanted a lot of story to accrue and I wanted it to be a retrospective. It starts with the teacher telling us about events that happened in the fall and early winter of 1967. It’s a small story that takes place in one location.”

Why Levittown? “I lived one minute away, depending on whether it was a red or green light. Levittown was the next town over. It was more famous, and much more meaningful a town than the one that I was stuck in, so I decided to set it there.

“There was someone who lived in that town—my favorite mother of a friend—who absolutely adored living there and was in no way a cliché. There was nothing about her that was the least bit Stepford-y. She was bright and she was hilarious and she just radiated a kind of joy in her existence there. You never see that anymore. I wanted to put someone like that on stage. Also, there’s a little romance in the middle of the play, I would say, and I haven’t written one of those in a couple of decades.”

Racing through the minefield of Rules for Others to Live By, you can readily imagine how play premises are always pulverizing Greenberg. It took only three little words for him to conjure up a Tony-winning Pulitzer finalist about the coming-out of a baseball star (Take Me Out). When director David Warren casually mentioned that Reg Rogers and Peter Frechette looked remarkably alike, he created a vehicle for them, The Dazzle, which, he declared with no discernible shame in the Playbill, “is based on the lives of the Collyer brothers, about whom I know almost nothing.”

Similarly, his last Broadway outing, Our Mother’s Brief Affair, linked Linda Lavin romantically to the loathsome historical footnote he unearthed in The Brother: The Untold Story of Atomic Spy David Greenglass and How He Sent His Sister, Ethel Rosenberg, to the Electric Chair, a biography by The New York Times’ Sam Roberts. Greenglass provided testimony that convicted his sister and brother-in-law, Ethel and Julius Rosenberg, as Soviet spies. (As Woody Allen mused about an odious relative in Crimes and Misdemeanors, “I love him like a brother—David Greenglass.”)

“I was fascinated by the character—he had no vocabulary for his life,” Greenberg says. “The way he spoke of his deeds was so extraordinarily inappropriate. He spoke in the casual, half-thought-through lingo of the neighborhood for something that was truly horrible.”

Does Greenberg have a favorite Greenberg play? He turns the question over in his head. “You know what? I want to say I do because, if I don’t say I do, I risk falling into that idiotic idea people have of ‘they’re your children—and how do you choose?’ They’re not anything like children. So I probably do, and I think I’m not going to tell you which it is.” 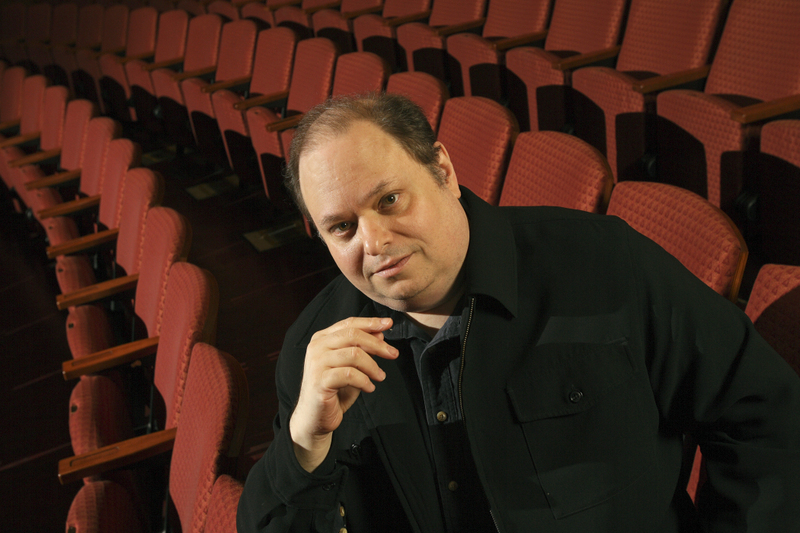