Relations between the United States and Russia are at the lowest point since the beginning of the century. Could they improve as a result of the outcome of our election?

According to a poll on the results of this election taken by independent news agency Meduza, prominent Russian political scientists and politicians attribute the results to an overwhelming dissatisfaction of the American electorate with the status quo. They seem to agree that Trump’s presidency will have neutral to slightly positive effect on American policies toward the Russian Federation.

Konstantin Kalachev, an expert and the leader of the “Group of Political Expert” called Election Day “the second Independence Day for the United States—an independence from the encumbrance of the political and Hollywood’s establishment and conventional political expertise.” He considered Tuesday’s election a gesture of protest against the existing situation: the absurdity of political-correctness, unreasonable spending on the useless alliances and foreign policies that have no specific goals and no regard for the country’s core values. He compared Trump’s political style of hardcore principles and strong hand to the politics of Ronald Reagan. While expressing hope for the improvement in Russian-American relations, Kalachev pointed out that patriotism, which is at the core of Donald Trump politics, would always take precedence over the interests of international diplomacy and foreign policy.

Vladimir Gelman, political scientist and professor at the European University in St. Petersburg, held a somewhat different view. He opined that Donald Trump, “an unlikely candidate and an outsider” just happen to be less unpopular with the voters than his opponent. He considered Trump’s economic and foreign policies being based on limitation of free trade and protectionism and as such potentially capable of devaluing the currencies of development countries. As for the specifics in the American-Russian affairs, he suggested that Trump’s “often un-predictable behavior” would likely play a destabilizing role in the future, because an unpredictable “opponent” is harder to maneuver.

Ekaterina Shulman, a political scientist at the Institute of Social Studies, pointed out that people who voted for the president-elect are not racist and misogynist lunatics filled with hate, but regular people who felt that their values were under-represented by political establishment. She, along with several others, compared the results of the elections to BREXIT, saying that people who are unhappy with the global historical trends exist and they have a right to be represented.

According to Russian federal news agency TASS, Chairman of the Russian State Duma Viacheslav Volodin would like to believe that Donald Trump’s victory would facilitate a constructive dialogue between the two countries. He added that Russian Parliament would take all the steps necessary to foster a productive and friendly relationship with the American Congress.

Konstantin Kosachev, first Deputy Chairman of the State Duma Committee on Foreign Affairs expressed guarded optimism on the potential of the positive dialog between the United States and Russia. He admitted in an interview to Russian’s Izvestia that he had not expected Donald Trump to win and pointed out that the main sensation of this election was that Trump won despite going against the system. Kosachev added that he was pleasantly surprised that Trump was able to beat the system because “Americans got him used to the idea that the System is always stronger”—all in all a bizarre statement from someone who was born and raised in Russia. He added, “Many in Europe are convinced that Mr. Trump’s presidency means war—a perception that is drastically different from the general view in Russia: we think that Mrs. Clinton as a president would be more dangerous to the stability of the world’s peace.”

The Russian Parliament unanimously rejoiced at the news, while the Kremlin was positive, but somewhat more reserved. Russian President Vladimir Putin, who had always maintained that he would be happy to work with whomever Americans would choose as their President, issued a statement congratulating the Americans on the end of the electoral cycle and the President-elect for his victory. He emphasized Russia’s readiness and desire to restore full-fledged relations with the United States. In his statement Putin acknowledged that he “understands that it will be a difficult way, but we will do everything to restore and return Russian-American relations to a stable and sustainable track.”

Russian Prime Minister Dmitriy Medvedev has been attributing the current state of affairs between the two countries, which he called “lower than a baseboard,” to the Obama Administration’s policies and not the “country” itself, implicitly suggesting that if the administration changes, the situation will change too. But this Wednesday, his take on the situation was the most original and probably the most positive of all issued that day by any expert or politician: “The whole world is discussing Donald Trump’s presidential victory, but we will start today’s Cabinet session with an issue that is far more important for our country—the condition of our libraries.”

Born in Moscow, Marianna Rosen is a writer, TV producer, and journalist. She holds a master’s degree in international affairs from Columbia University. 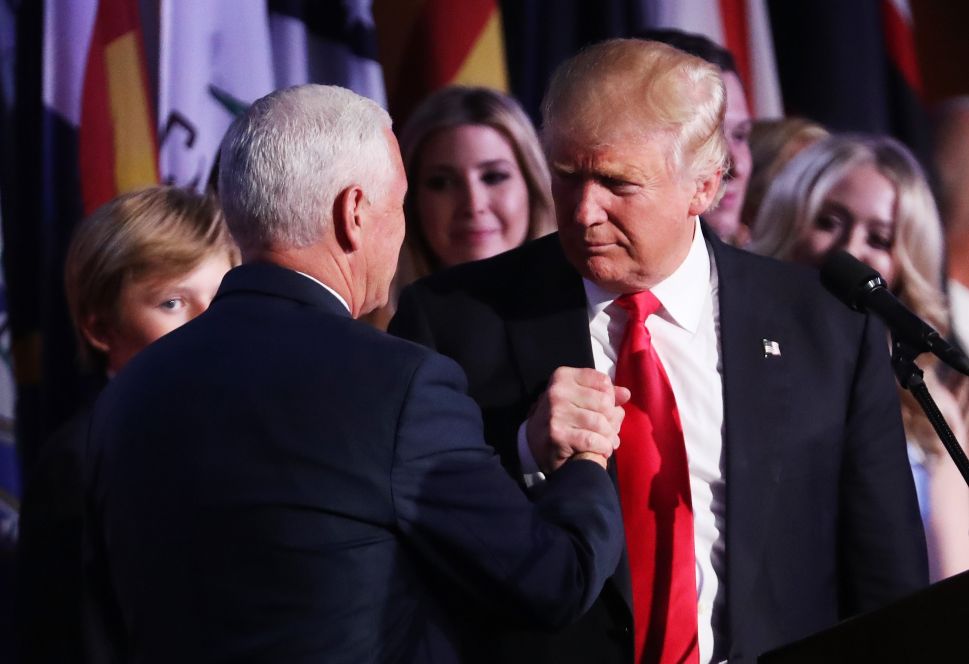