Igor Konashenkov, the official representative of Russia’s Ministry of Defense, issued a strong rebuke to the US State Department’s statement about the transfer of the S-400 anti-aircraft weapon systems and short-range missile “Iskander” mobile complexes to the Kaliningrad region, reported TASS on November 22.

“It is not Russia that represents the real security threat today but the saturation of Europe with the armaments and military personnel of not European origin,” he said.

Konashenkov also stressed that the Kaliningrad region is an integral part of Russia, and therefore advised to “leave to yourselves” all the complaints and suggestions about “where, when, what and how” the Russian side was going to take care of her own security.

Viktor Poznihir, First Deputy Head of the Main Operational Directorate of the General Staff of Russia, added: “The United States hopes that using the situation of owning it [the missile defense system], they will be able to apply a sudden nuclear strike anywhere in the world, including Russia and China, without impunity.”

China supports the claim. “The United States did not provide legal guarantees that it [MDS] is not directed against Russia. In this case, it is in fact a direct threat to Russia’s security,” Maj. Gen. Cai Jun of China said at the Shanghai Forum on October 11.

Moscow did not even try to disguise the transportation of the system into the Kaliningrad region before loading it into the freighter. “Iskander” was purposefully exhibited so “an American reconnaissance satellite could clarify its parameters,” the official Defense Ministry spokesman said.

Each of the “Iskander” missiles can carry regular warheads or cassette ones consisting of 54 individual sub-munitions (the complex can consist of penetrating, high-explosive, volumetric detonating actions or any other type). By the ravages of its effects it is comparable to a nuclear warhead, but without the contamination area.

“In total, up to 10 different warheads can be used on the complex,” Valery Kashin, general designer of the Kolomna design department where ‘Iskander-M’ was created, said to the TV channel Zvezda. “For example, one of its types, ‘Iskander-K’ complex, is armed with two “Caliber” long-range cruise missiles (NATO classification SS-N-27 «Sizzler»). The latter allows to hit not only the ground infrastructure but also can be used as anti-ship weapons. “‘Iskander,’ like a good gun, allows the hunter to select the cartridge according to the type of game which he is going to hunt. One type of ammunition is for a duck, one for a bear – completely different,” Kashin said.

By its combat efficiency, Russians insist, the “Iskander” complex is superior to all domestic and foreign analogues—Lance, ATACMS and Pluton. The main advantages of “Iskander” are strategic mobility, possibility of stealth combat deployment and stealth missile strikes, automatic calculation and automatic enter of flight mission into missiles, a high probability of fulfilling combat missions in the conditions of fire and electronic countermeasures.

The complex is integrated with different systems of intelligence and management, and is able to obtain information about the target from satellite, reconnaissance aircraft or unmanned aerial vehicle. Its missiles have a small reflective area (technology “stealth”), and is directed by gas-dynamic and aerodynamic control surfaces. Its trajectory is unpredictable (not ballistic). The major part of the trajectory of the flight occurs at an altitude of 50 km. At the start, and near the target, the missile ensures vigorous maneuvering with overloads of 20 to 30 G (which makes it difficult to monitor trajectory from space).

The system can use two types of rockets: 9M723 aero ballistic flying on the quasi-ballistic trajectories and cruise missiles 9M728 or P-500. First are used to destroy area targets (with a new self-targeting warhead, the deviation is no more than five meters and the annihilated surface is 16 hectares), the second—for precise lesion (deviation—no more than one meter). The combination of missiles does not leave the enemy a chance to parry the strike.

“Iskander” is equally effective in destroying missiles, long-range artillery, missile sites, air defense systems, aircrafts on the ground, control and communication centers, including underground ones, and other important small-sized area targets. Targets like nuclear arsenals in Europe will be the number one priority in the event of a future war in Europe. To increase the probability of hitting a well-protected target, the “Iskander” complexes incorporate technical solutions to overcome a missile defense system or an enemy missile like the one that is being used on the most modern strategic missile “Topol-M.”

“Iskander” operates independently from the reconnaissance satellites or aircraft in the sky over the area. Its on-board computer system can find the target simply via photos of the location of the targeted spot that are scanned into it by the operator. Now, the complex is ready for combat—it will reveal sash launcher, rise starting guide, launch the first missile. It takes less than a minute to launch the second one. Within a few minutes the crew of “Iskander” swerve camouflage equipment and leave the position—it makes no sense to respond to fire at the detected launching spot.

Using Kashin’s analogy, any European country could become a “duck” here. The “Iskanders” are designed to hit with high precision on small sized and area targets at ranges from 50 to 500 km—and Russians hint that the increase of range to a few thousand is possible. The flight time of “Iskander” from Kaliningrad to Warsaw—380 km—is only two minutes, five hundred kilometers from the Kaliningrad region—Berlin. How many minutes is it? Three?

“Iskander-M” complex is elusive for existing and future missile defense systems, Russian military representatives insist. Its guided missiles can be fitted with a nuclear warheads. “The presence of these complexes [in Kaliningrad] allows us to build a system of national security in the context of the evolving international situation,”—Army General Yuri Baluyevsky, former Chief of General Staff, said the TV channel ‘Zvezda.’ “Representatives of Poland, Romania and the Baltic states have forgotten that our strategic missiles ‘fly’ through their territory. ‘Iskander’ missiles complexes will start targeting their cities. I hope that it will cool the heads of the leaders of these countries.”

The threat for European NATO countries is clear and present.

It is significant that the usual anti-Russian rhetoric by the West has not provided any concrete response to the deployment of the “Iskander” missile complexes in the Kaliningrad region, and no increase of NATO troops in Eastern Europe.

“Britain has backtracked on plans to send medium-range rockets to Estonia amid concern about how the Kremlin would react,” reported the Sunday Times, which was supposed to be a “bold response” by NATO “to Moscow’s decision to move Iskander short-range ballistic missiles to its Kaliningrad enclave.”

On Wednesday, Latvia, a small Baltic country that will be annihilated first in the event of a future military confrontation between Russia and the West, urgently invited representatives of Russia’s military “for talks” to Riga.

But it is doubtful that Russian brass would respond to small—and insignificant from their perspective—Latvia.

“Why are we reacting to NATO expansion so emotionally?” Vladimir Putin said in an interview with Oliver Stone, taped a couple of weeks ago. “We are concerned by NATO’s decision making [process],” meaning that all the decisions by NATO states have been made for them in Washington. 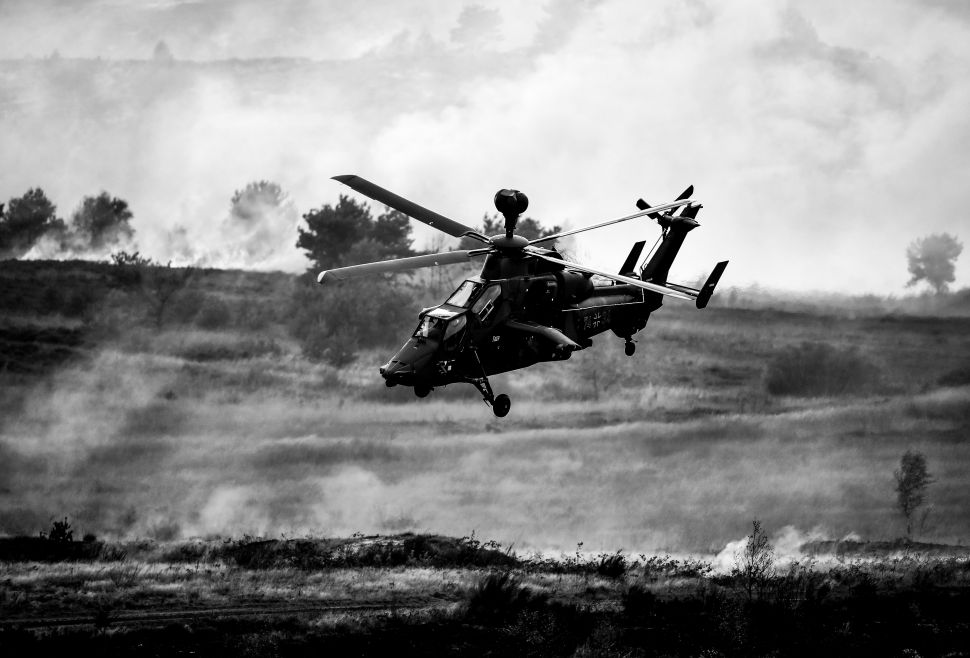