As reported in The College Fix, a conservative columnist at my alma mater Rutgers University’s student newspaper, The Daily Targum, was recently fired. According to Aviv Khavich, his termination was politically motivated—triggered, if you will, by his use the term “illegal alien” in his column on October 30.

Editor in Chief Dan Corey claimed the reason for Khavich’s termination was because Khavich repeatedly locked horns with editorial staff over stylistic changes they made to his columns, as well as edits made to fit his column into the print edition of the paper. However, in the termination letter sent by Corey to Khavich, as posted in The Tab, Corey says Khavich’s efforts to “disparage the Targum in a public forum” were the cause for termination

Without seeing Khavich’s contract or agreement with the Daily Targum, I cannot say if his termination was contractually sound or ethical. But speaking to the face of this controversy, I’m uncomfortable with a number of developments here.

To begin, Khavich’s column in the Targum appears to have intended to be exclusively opinion; meant to reflect his opinion and the opinion of those who share his views. There has been some back and forth between Corey and Khavich as to certain phrases Khavich uses in his columns—in this case, “illegal alien,” which Khavich contends is the term used by the federal government. Corey argues that copy editors are not required to employ terminology used by the federal government, and that it is his preference to replicate terminology used “most often by the news media today.”

In this, I would argue that Corey is in the wrong, and deference ought to be given to Khavich’s original words. As an opinion columnist, it’s not Khavich’s duty to report the news—it’s his duty to write opinion and commentary from the right. Were Khavich writing a straight report—something about “x number of people crossed the border between Mexico and Texas, and here is what happened”—then Corey would be absolutely within his editorial purview to change “illegal alien” to something more consistent with the tone of the news media around the country. However, the language originally written by Khavich for this column is very much in line with language used by conservative commentators, both in mainstream publications, and right-leaning blogs and news sites. To change that language from “illegal alien” to “undocumented immigrant” is to take Khavich’s column out of the zeitgeist of its peers.

Let’s be honest: Corey and the Daily Targum editorial staff changed this language for one reason: they didn’t want to deal with the inevitable backlash from Rutgers students that would come with allowing the words “illegal” and “alien” to be used in the same sentence, in their publication—regardless of the fact that they were used in what is pretty obviously a right-leaning opinion column. They remember what happened when the University administration dared to invite a former secretary of state to the campus, and they didn’t want protests outside of their offices or people questioning their funding at the University.

The second major issue with this is the discomfort expressed by Corey at what he calls “public disparagement”—the aggressive questioning of his and his editorial boards’ techniques, ethics, and biases. Again, the contractual fairness of this decision is hopefully addressed in some sort of agreement between Khavich and the Daily Targum. But what bothers me is the idea that we live in a country whose freedom of the press is consecrated in the very first amendment to our Constitution, for the specific purpose of protecting its ability to question authority, yet a writer could be fired from a newspaper for questioning its editorial authority. Something about that feels very hypocritical.

This isn’t first time I’ve taken issue with the Daily Targum. Reading this story shot me back eight years, to my days as a University Senator at Rutgers.

On November 18, 2008, my e-mail box and those of fellow University Senators got bombed with (mostly) auto-generated e-mails from campus students and alumni.

“Special Student Organizations”—of which there were two at the time, New Jersey Public Interest Research Group and the Daily Targum—got their funding through separate line items in the term bill for each semester. In the case of NJPIRG, a student could opt out of funding the organization by checking a box on the back of their bill and deducting the NJPIRG fee from their payment. To opt out of funding the Daily Targum, they had to get and fill out a special form, mail it to the Targum, and get a refund check sent to them.

The “charge,” or bill, that the University Senate was considering, was a set of recommendations that would create uniformity among how special student organizations conducted their referendums (required to obtain separate funding) and how they collected their fees. The issue that the Daily Targum took with these recommendations was that it made opting out of contributing to the Daily Targum a little easier for students, and would somehow compromise its independence and integrity.

My issues with this, and those shared by conservative and liberal colleagues, were as follows: first, being automatically gifted a separate fee that was harder to refund did nothing to protect their independence or integrity—it simply made it easier and faster for them to get their funding, and they only had to go out and make the case that they deserved it every three years, instead of every semester like the other several hundred student organizations on campus. They conducted routine and thorough audits, but by having a separate and guaranteed funding mechanism, the Daily Targum enjoyed an extra layer of insulation from criticism.

Yes, students were able to shake up the refund form, mail it in, get a $9.75 refund check if they truly protested or questioned the Daily Targum, but displaying mass disapproval required a huge mobilization effort that most students aren’t prepared to undertake. The guaranteed financial security enjoyed by the Daily Targum essentially ensures that they only have to be accountable to themselves and their Board of Directors—not the students funding them. To have made it easier for students to opt-out of funding the Daily Targum means they would have actually had to be accountable for how they did business.

And so, back to the termination of Avi Khavich, and it feels a little bit like we saw this coming in 2008. A reluctance on the part of the editorial staff to make a hard, but correct, journalistic choice to publish something that may be controversial. They need to be prepared to defend the decision to terminate a writer in response to having their authority and judgment questioned.

Healthy debate and dissent is a very valuable, very good thing. It’s something we should do, and be proud of. Hell, the Observer published a piece critical of its publisher by name, and that writer is still employed and has @Observer in her Twitter bio. But publications like the Daily Targum have worked hard to build a wall around themselves to shy away from controversy, avoid accountability, all while making sure they still get the money they need while doing the bare minimum to earn it. 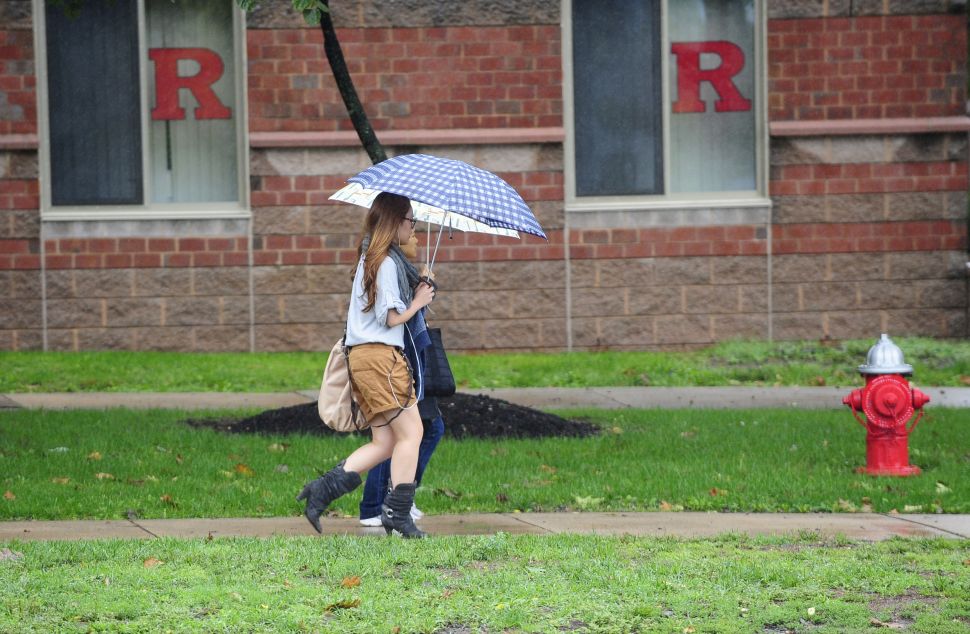