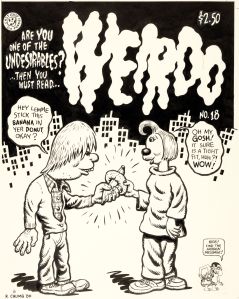 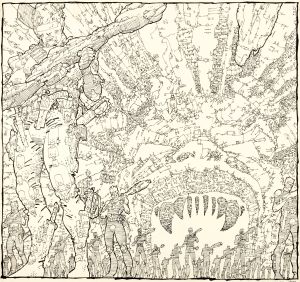 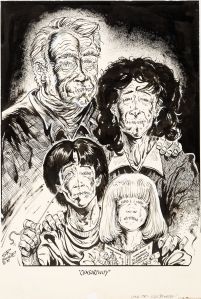 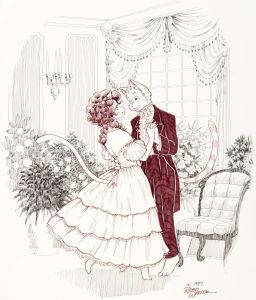 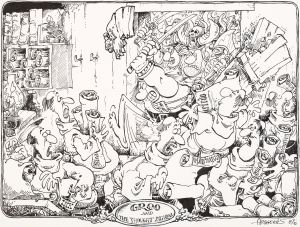 Sergio Aragones, A Benefit Portfolio In Defense of the First Amendment, ‘Groo and the Thought Patrol,’ Original Art (CBLDF, 1987). 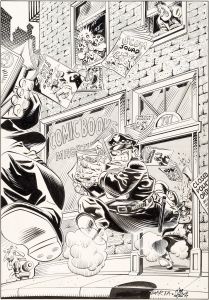 Just weeks before the presidential election bookstore owner Brian Donoghue found himself facing misdemeanor zoning violations from his town of Saugerties, N.Y., for displaying an anti-Trump sign featuring a swastika in his store’s window. Lawyers from the Media Coalition, a group of organizations dedicated to defending first amendment rights for publishers, came to Donoghue’s defense and the town’s violation notices were eventually withdrawn.

This is just one recent example of the many cases the Comic Book Legal Defense Fund (a nonprofit member of the Media Coalition) has handled since its formation in 1986. That year, an Illinois comic book seller named Michael Correa was arrested on obscenity charges for selling work by now-legendary artists such as Robert Crumb, the Hernandez Brothers and Richard Corben. Crumb, along with artists Frank Miller, Reed Waller and Sergio Aragones banded together and donated art that was sold as a limited edition portfolio to raise funds for Correa’s legal defense. All charges against the store clerk were eventually overturned in appeals court.

Now, almost 30 years to the day after Correa’s arrest, the CBLDF will offer the works from the original portfolio at Heritage Auctions’ November 17-19 Comics sale in Beverly Hills. Proceeds from artworks will benefit the CBLDF’s education and advocacy programs, as well as future legal cases.

Notable works include original cover art for issue #4 of Miller’s experimental Ronin series, an epic depiction of an army of armed soldiers, which is expected to raise upwards of $20,000. There’s also a racy unpublished cover for Crumb’s underground comics magazine Weirdo, estimated at $10,000. Aragones’ Groo and the Thought Patrol and Steve Bisette’s Censortivity confront censorship directly with bold, satirical imagery. And Waller’s Omaha the Cat Dancer, a story that was accused by numerous organizations of obscenity for its explicit sexual content, is among the original works that Correa was charged for selling.

With uncertain times ahead, and Americans’ bracing for change under a new presidential administration, the CBLDF remains prepared to do what it does best: defend and educate people on first amendment rights. “This is a time for increased vigilance for anyone who values freedom of speech in the United States,” CBLDF executive director Charles Brownstein told the Observer. “We’re re-doubling our commitment to education on the first amendment, and planning to do more work to help retailers and artists fight for free expression.” 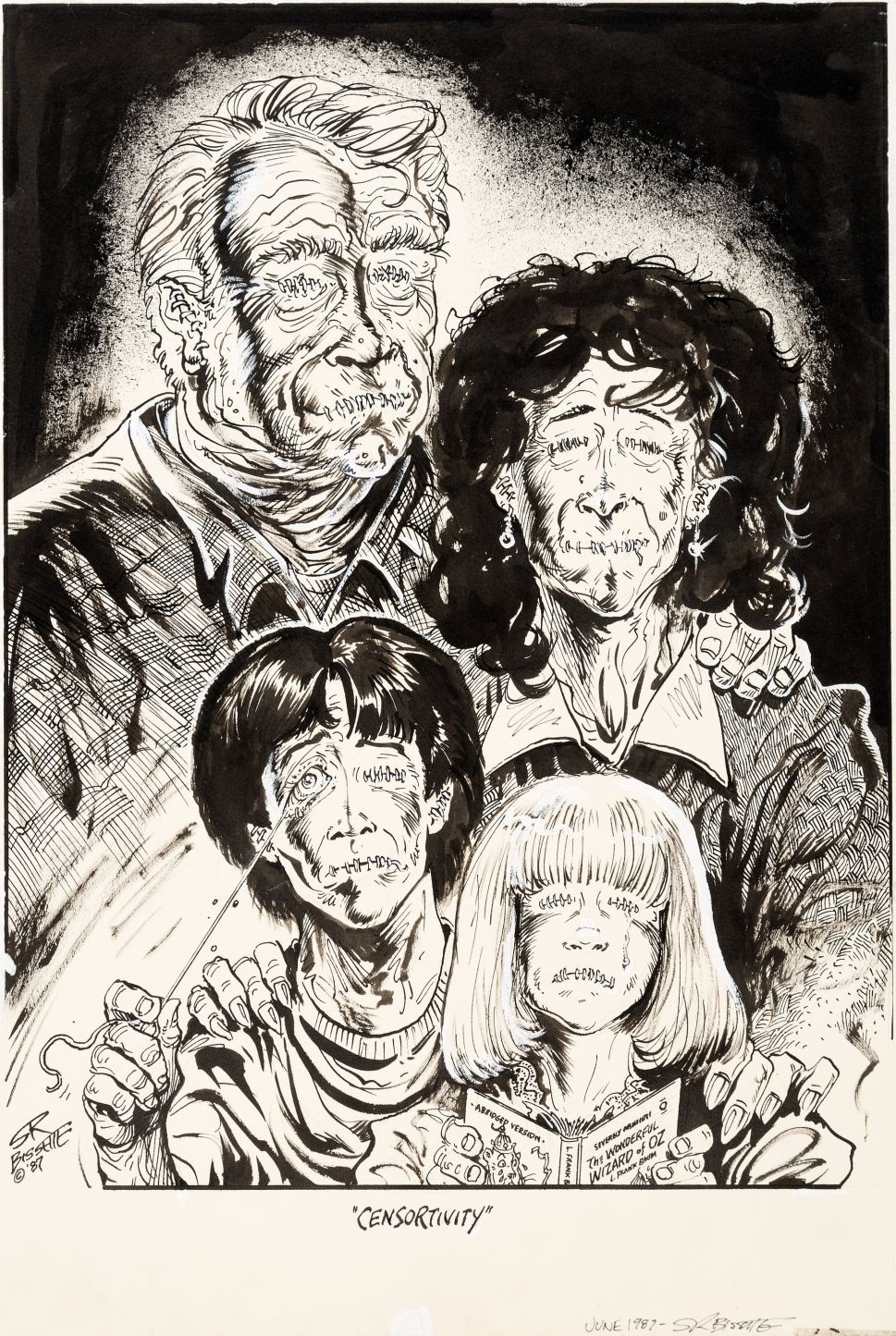