We’ve written about why scientists believe Mars is one of the places in our solar system most likely to have alien life. There are a few reasons, but it’s mostly about and what that can support. They’ve found signs of deltas, gullies and rivers that most likely existed in the past, and now another discovery is offering strong support that there was once life on Mars.

Authors Steven W. Ruff and Jack D. Farmer, who are both scientists at ASU’s School of Earth and Space Exploration, studied outflows from hot springs in El Tatio, Chile. The springs are located near the edge of the Atacama Desert, which has striking similarities to the location, called “Home Plate,” explored by the Spirit rover. At over 14,000 feet, they’re the highest known active thermal springs on Earth and reach temperatures below freezing at night. During the day, the springs have thin, dry air and receive high amounts of ultraviolet light. Together, these conditions make El Tatio the best terrestrial analog for ancient Martian hot springs.

What the researchers found was that El Tatio produces silica deposits that appear nearly identical to those found by Spirit in Gusev Crater on Mars. The discovery of these deposits in similar environments on both planets suggests life because it implies they were formed by a similar process—specifically, microbial organisms.

“We went to El Tatio looking for comparisons with the features found by Spirit at Home Plate,” Ruff said in a statement. “Our results show that the conditions at El Tatio produce silica deposits with characteristics that are among the most Mars-like of any silica deposits on Earth.”

Exploration by the Spirit rover was discontinued in 2010 when the front wheel broke, causing the rover to get stuck and plow across the ground. This mishap is actually what caused the digging that uncovered the rich deposit of pure silica, and now the discovery of the silica deposits in Chile may be enough to send a rover back to that same site on Mars.

NASA has plans to send a new, more advanced rover to an undetermined location on Mars in 2020. To determine where to send it, NASA has been holding workshops where scientists present their best cases for specific landing sites. The candidate sites are then ranked, and Home Plate is currently ranked number two out of the eight sites still in the running.

Ruff and Farmer think this discovery will give Home Plate a very good chance of being selected as the 2020 rover site.

“This is a known hydrothermal deposit,” Ruff said. “We know exactly where to land and where to collect samples. And the silica structures found by Spirit meet the definition of a potential biosigniture.” 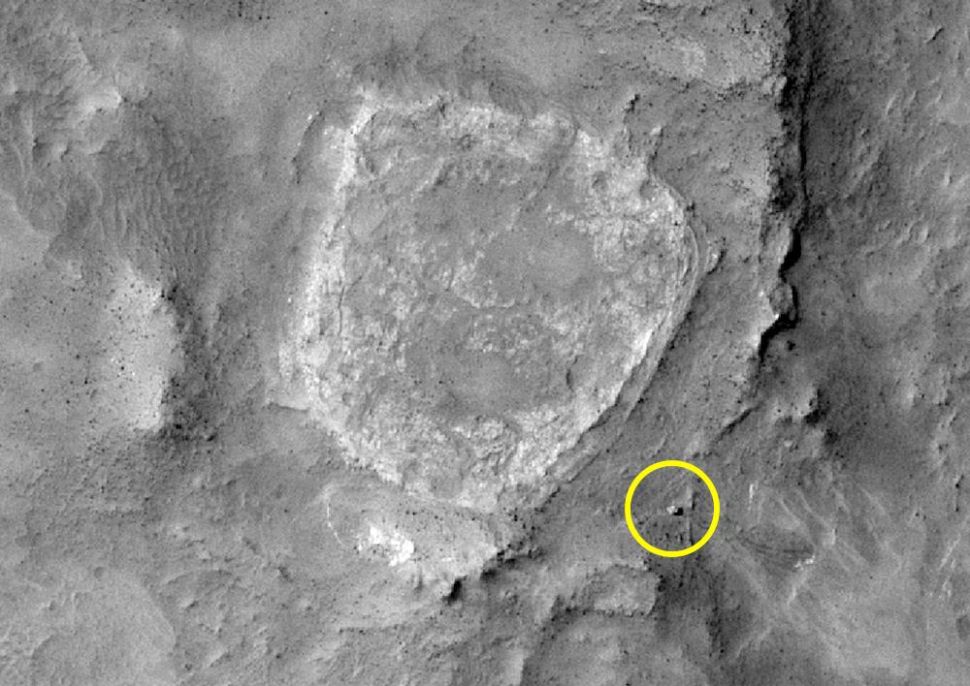