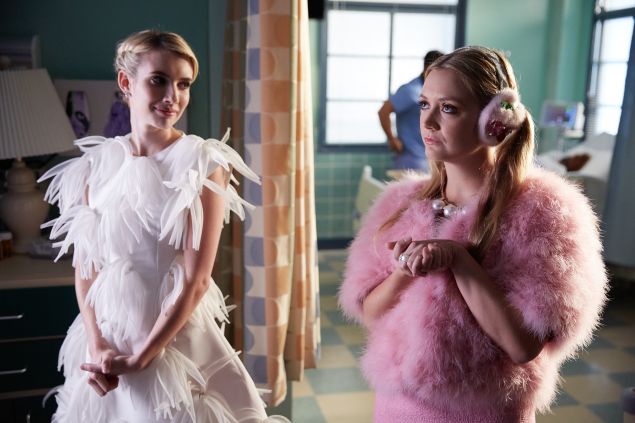 You know how when anyone tries to imitate an American accent, they always go Texan? For some reason it just seems easier. But for Americans, the accent of choice is British. I learned this tonight, because Cassidy, Brock, and Chanel #3 all caught a disease which causes them to speak in foreign accents—which quickly just devolved into a lot of variations of British accents. And just because they’re our accent of choice does not mean they were executed well. It was like Anne Hathaway in One Day bad. Oh, you don’t know that movie? That’s because no one saw it. Because Anne Hathaway’s accent is so bad.

Before the accent debacle, however, Dean Munsch, Chanel, Chanel #3, and Zayday come across Chanel #5 on the verge of death. And Denise, who is dead. Well, almost dead. In an attempt to cover up the Green Meanie’s rampage, Munsch decides to freeze Denise in a cryogenic chamber to keep her alive until they figure out who the killer is. I’m pretty sure if you fact check a cryogenic chamber’s legitimacy the only things that come up are Walt Disney and Austin Powers. But still, pretty convincing stuff.

An infuriated Zayday goes on a quest to find out the widow from twenty years earlier. Her top suspect is Chamberlin, who she discovered wasn’t hired to work at the hospital at all—he simply wanders around the hospital as a candy stripper. With the help of a badly injured Chanel #5, Zayday tracks down Jane, the widow, and goes to visit her. When Zayday and Chanel #5 realize that Jane’s late husband Bill was African American, they decide that Chamberlin could very well be Jane’s son. However, in true Scream Queen fashion, the son is exactly who you’d expect it to be: Cassidy. He goes to visit his mother, and then makes some vague and kind of homicidal references. I’m pretty sure he’s also still dead. So, new Green Meanie suspect I guess?

Of course, the next best suspect could just as easily be Hester, who has been adopted into the Chanels once more. Despite Chanel #3’s protests, Chanel insists that having a serial killer around will let them better predict what the Green Meanie will do next. They also pad their group with several new Chanels, hoping to use the girls (and one very impassioned tween boy) as bait for the killer.

The plan works. The Green Meanie emerges, killing the tween boy. Sorry, Tristan. And sorry I didn’t mention your name earlier. And, sorry for not mentioning it again in the future. Because you died.

Dean Munsch decides to add even more Chanels to the group. They are cornered again, and a new Chanel is immediately offed (although this is actually the best scene in the episode—this particular Chanel has an extra finger, which is cautiously cut off by the Green Meanie before he stabs her to death).

Finally, in a stroke of common sense, Dean Munsch decides to fire Nurse Hoffel—who we haven’t seen much, but she is fairly addicted to pills and is also fairly mean, so the choice is solid. However, Hoffel quickly fires back, insisting that she knows about Munsch’s fatal disease. Hoffel threatens to go public with Munsch’s disease should she be fired.

Oh, and if you were wondering about the accents, they just all kind of went away. This isn’t really a medical show, after all. Or is it? I’m not sure at this point. 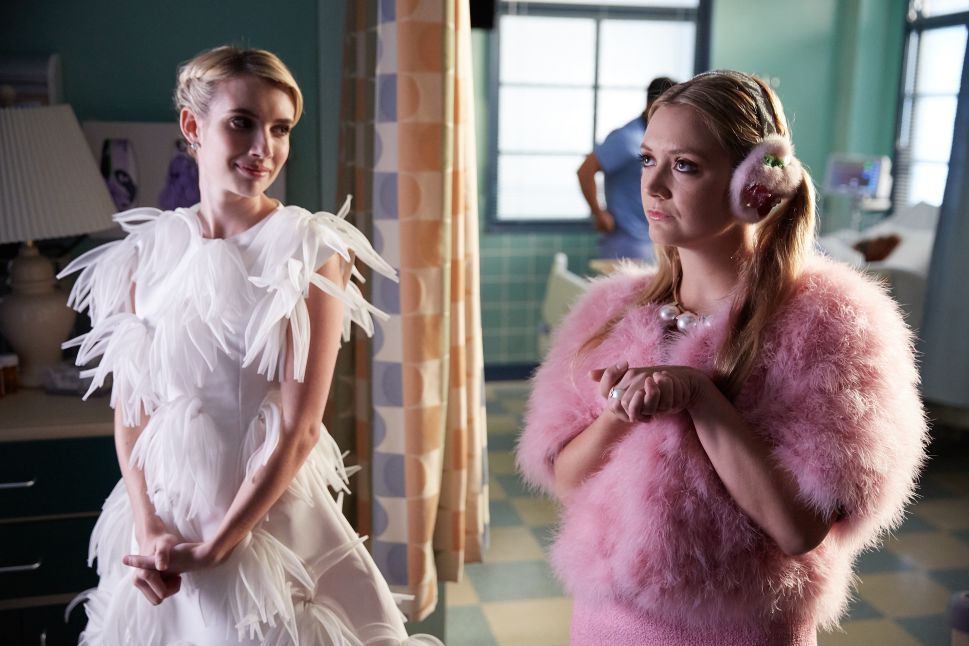