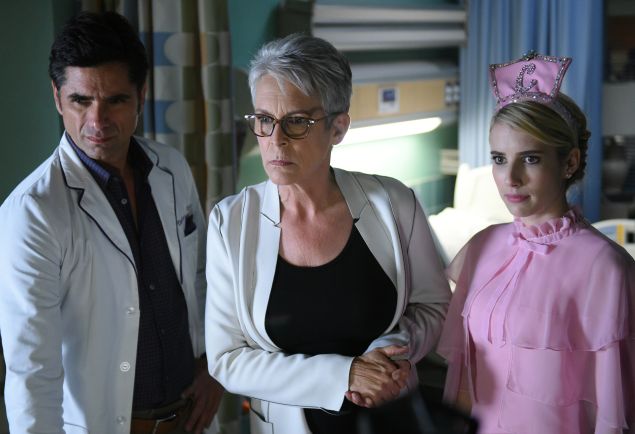 The latest episode of Scream Queens contained a lot of really valuable information, truly. Go to blood drives. Get tested for STDs. Make sure that a doctor you hire at your newly founded hospital isn’t actually a serial killer. Oh, and avoid Dr. Cassidy Cascade—turns out he’s one of the Green Meanies.

Tuesday’s episode kicks off with a big reveal: Nurse Hoffel is Agatha Bean’s sister. Remember Bean? She got her face burned off in the series premiere. Just, burned right off. Chanel was directly responsible for the burning (well, technically her face was fried off), but the Chanel #3 and Chanel #5 were still implicitly involved. And Nurse Hoffel wants revenge. She explains in a lengthy voiceover that her goal in working at the hospital is to kill the Chanels to avenge her sister’s death.

She decides to carry out that plan by sponsoring a blood drive. The hospital staff member that donates the most blood wins a trip to Blood Island—which is a actually fairly awful and very dangerous place. Hoffel hopes that in tempting the Chanels to win, they’ll die on the trip. It’s a very far–fetched plot line, but this is also a show that has had two separate incidences of a baby growing up to avenge his or her parent’s death, so I digress.

Chanel sets off, intent on winning the prize and taking a romantic trip with Brock, hoping to finally consummate their relationship. However, Brock insists that Chanel get STD tested before the two are intimate. Chanel’s tests reveal that she’s ridden with STDs, including vaginal Zika, which isn’t a thing but might as well be.

That isn’t Chanel’s only problem, though. Hester gets testy when cooped up, and by testy, I mean homicidal. The former serial killer quickly bores of being locked in an apartment. Munsch promises Hester a job in the hospital if she can diagnose a patient that believes himself to be a vampire. If she fails, Hester must return to her underground cellar. Desperate to remain free, Hester decides to try aversion therapy—she forces her patient to drink pints of blood, hoping to get rid of his taste for it. To do so, Hester uses Chanel’s blood, which had been previously discarded after her STD test. However, Hester tests the blood before feeding it to the patient, proving that Chanel’s blood was in fact clean. The tests had been faked by Munsch, desperate to once again be intimate with Brock.

However, when a thrilled nurse Hoffel presents Chanel with the prize, Chanel refuses the plane tickets (which aren’t quite up to her standards). Hoffel is forced to come up with another way to kill the Chanels—which shouldn’t be hard, considering Cassidy is set on killing everyone in the hospital.

Zayday realizes that a simple blood test will help her discover who Jane’s child is, if she can get a sample of Jane’s blood or saliva. Desperate to convince Zayday that he’s not the killer, Chamberlain gets a sample of Jane’s saliva. The two realize that the baby’s blood must be O+. However, Cassidy is one step ahead of them. After being confronted by Nurse Hoffel, who offers to help Cassidy in his murders, Cassidy switches the stickers on his and Brock’s blood bags, leading Zayday to believe that Brock is the killer. The accusation makes Brock’s murder hand pretty angry. Bet you forgot about that, huh? Well, John Stamos has a serial killer hand in this show. Just a hand though. Don’t worry.

Before the episode closes, we gain one more tidbit of information: there’s one more Green Meanie out there. Given that Nurse Hoffel just recently joined as another Green Meanie, turns out we’re dealing with three. Which just feels like a lot of green to me. And a lot of murderers. But hey, to each their own. 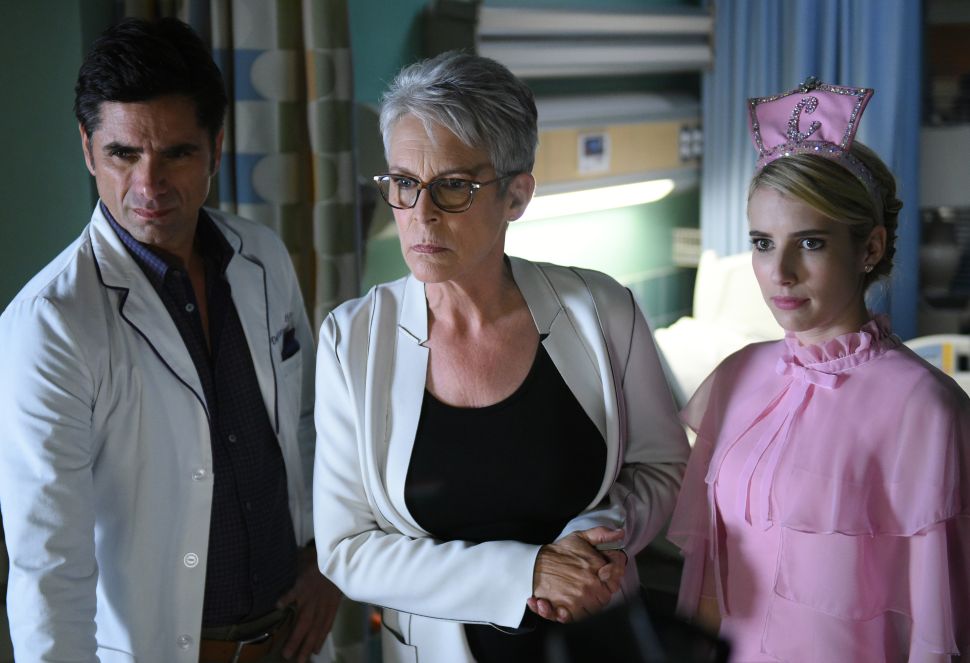