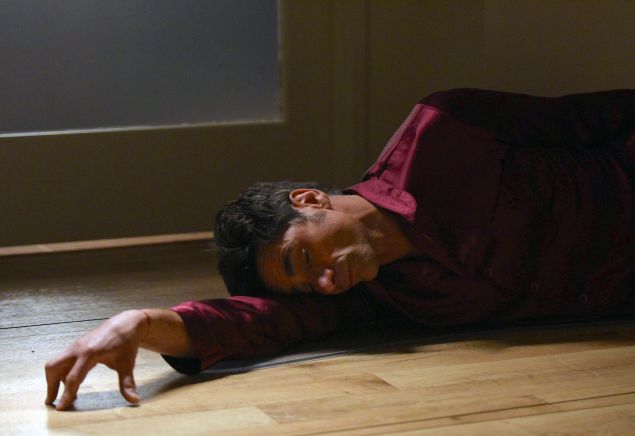 I don’t know if this was planned, but Scream Queens had quite the excellent The Shining moment. Brock Turner’s hand (which previously belonged to a serial killer) has adopted a certain state of autonomy. And much like Tommy’s finger (see, there’s The Shining reference) Brock’s hand seems to have taken on a voice of its own too. It’s unclear how Brock communicates with the hand, but for the sake of time, I’ll just accept it and move on.

Brock’s hand grows increasingly aware that it can take more control away from its owner should Brock be stressed or sleep–deprived. So the hand does everything in its power to keep Brock awake. It also pulls a knife on Chanel, causing her to break up with him in fear. Irritated by his hand, Brock is all the more concerned when Munsch forces him to perform a tricky surgery—removing four extra limbs from a patient with an already weakened heart.

Speaking of weak hearts, Cassidy’s super–long karate scene is not for the faint of heart. Seriously. It’s so long. After proving that Taylor Lautner is really athletic, Scream Queens moves on to more pressing issues—Chanel #3 is convinced that Cassidy has Cotard’s syndrome, a disease that makes the afflicted believe they’re dead. While Cassidy tests positive for Cotard’s, he’s also proven to be a psychopath, essentially confirming his serial killer status. And although almost everyone on the show is likely a psychopath, Chanel #3 and Chanel #5 are still understandably concerned. However, Chanel #3 is too romantically involved with Cassidy to turn him in to the police, much to the chagrin of Chanel #5.

Cassidy, meanwhile, wrestles with the guilt of murder (again, not super psychopathic, but I’ll take it). He complains to Nurse Hoffel, who insists they must go through the murders to kill Chanel.

Cassidy’s also preoccupied with his patient, whom he and Chanel #3 must treat for dioxin poisoning. Chanel #3 is initially comforted by the patient’s loving relationship, but then disheartened to see that he poisoned himself to break up with his girlfriend. It’s a roundabout way to dump someone, but they did break up in the end, so I suppose it’s ultimately effective. After seeing the couple break up, Chanel #3 doubts that any relationship can be wholly truthful. So, she admits to Cassidy that she knows he’s the Green Meanie. She initially tries to ease him out of murdering but decides that people might not be able to change after all.

After threatening to murder her (this is like, exactly what she’s talking about), Cassidy apologizes and promises not to murder her or Chanel. So if they end up dead, rest assured it wasn’t him. The reveal of a second and third Green Meanie to Chanel #3 is concerning—and confusing. When Chanel #10, a new addition to the group, gets murdered, there’s really no way of telling who did it.

However, Munsch uses her heart during the transplant. Forcing Brock to complete the procedure turns out to be a dangerous move, as he performs the surgery with his killer hand strapped behind his back. When his hand’s resistance becomes too much, Chanel sings him “99 Red Balloons” to calm him down. I think, for a second, Ryan Murphy forgot he wasn’t in Glee. Do you remember when John Stamos was on Glee? Quick follow up, do you think John Stamos regrets being on Glee and/or currently regrets being on Scream Queens?

But perhaps no one will have more regrets than Stamos’s character, Brock. Cassidy offers to replace Brock’s hand with one that’s slightly more civil. Now back together with Chanel, Brock is happier than ever. However, by the episode’s close, we see Brock’s new hand writing out “KILL CHANEL.” So, perhaps not so civil after all. 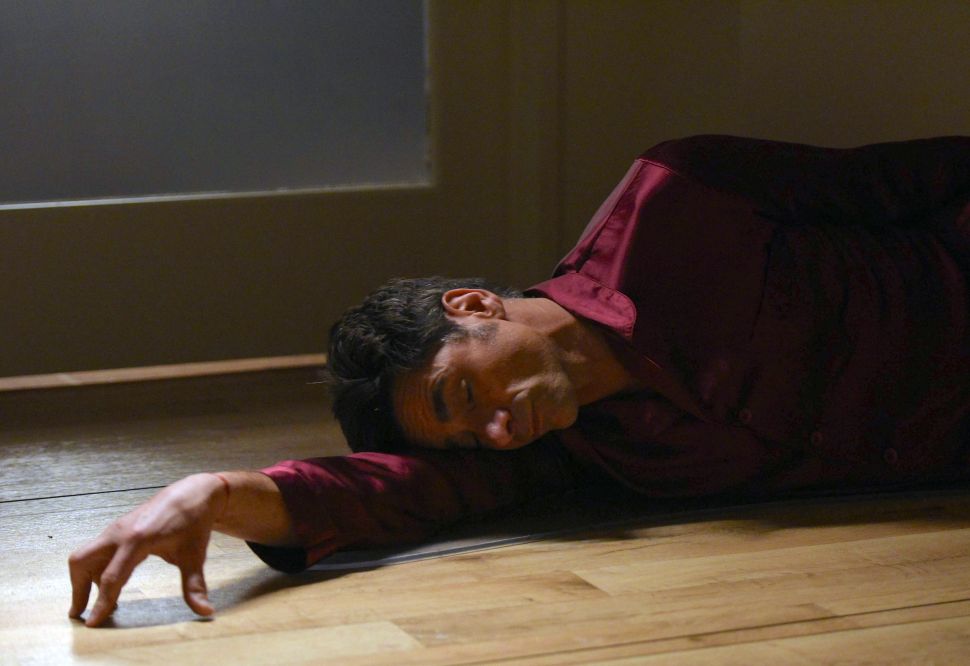